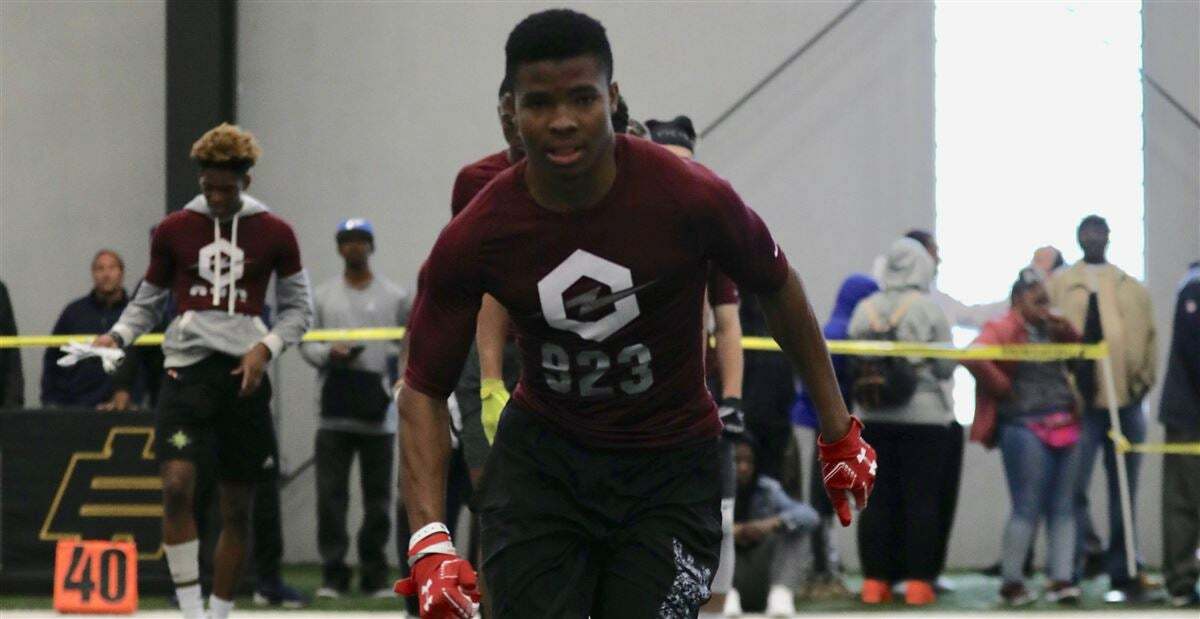 Oklahoma State coaches hauled in an impressive catch on Monday when 2020 Bixby wideout Brennan Presley announced his pledge via Twitter.

Speaking of impressive catches, Presley recently set the interwebs ablaze when he reeled in an OBJ-like one-hander at Northwest Arkansas Southwest Elite 7-on-7 Showcase.

Presley is currently ranked as the No. 10 player in the state of Oklahoma by 247Sports but has yet to receive a composite ranking by the service. 247 lists him as a three-star prospect.

Presley is a 5-foot-7, 160-pound athlete who plays both wide receiver and cornerback for Bixby High.

Oklahoma State was the first Power 5 school to offer, but expect Presley’s star to rise if he continues to make plays like that.