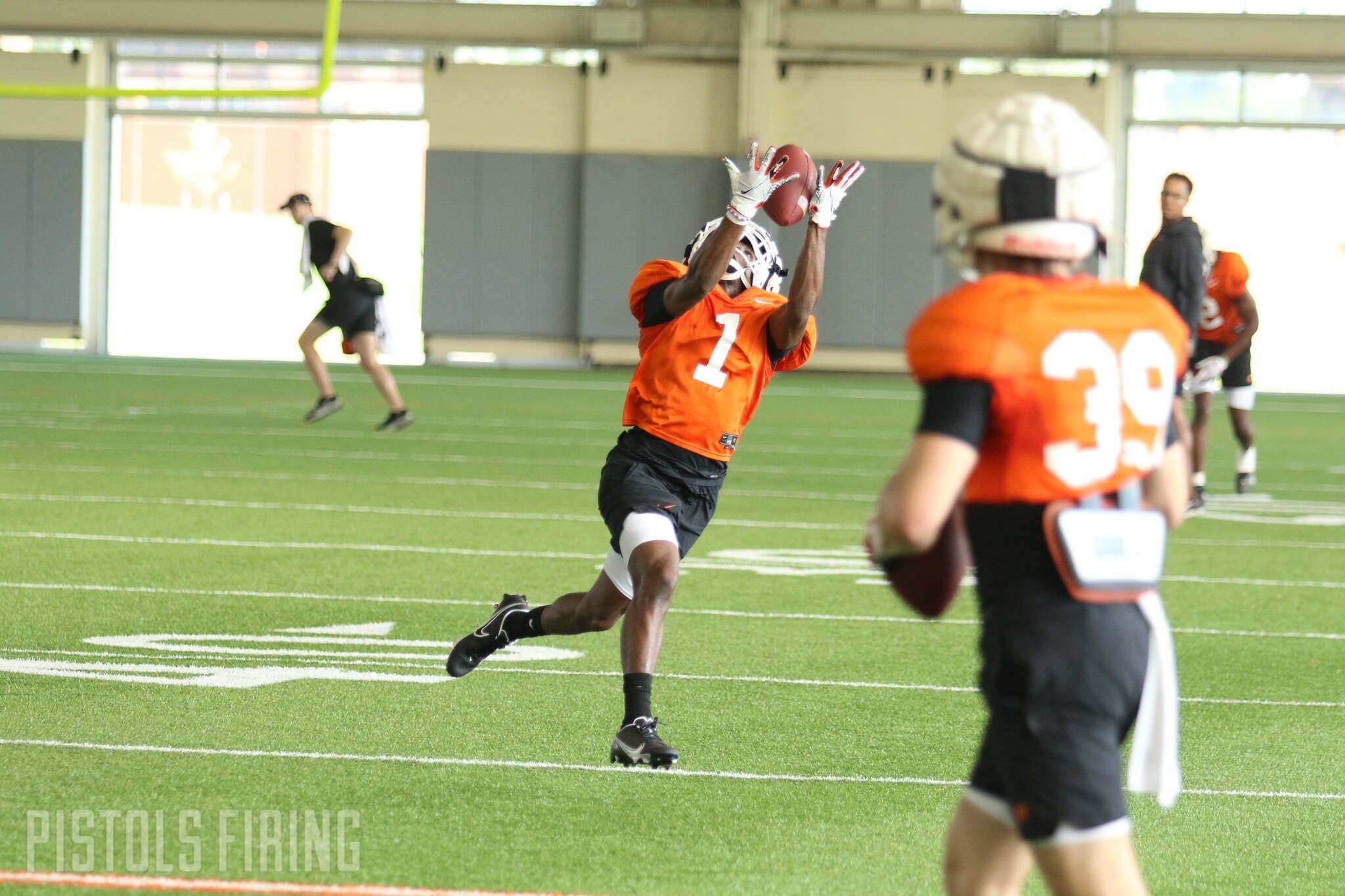 STILLWATER — Brennan Presley is regularly called “BP” in the Sherman E. Smith Training Center, but now there is another BP on the Cowboys’ roster — his brother.

Entering his junior season, Brennan said he gives his brother tips with adjusting to the college game, but Brennan said it is also important for him to let Braylin mess up, go through the struggle and find a way out of it.

“He’s come along really well,” Brennan said. “Like I said, he has made mistakes. Honestly, the biggest and best thing you can do as a freshman is make mistakes because when you mess up, it’s kinda hard to mess up the same thing twice when you’re really paying attention and being focused. Learning from his mistakes has been the biggest thing so far, and I think he’s coming along pretty well.”

Despite being similarly built brothers, Braylin was a much more heralded recruit. Braylin was the No. 228 player in his recruiting class. Brennan was the No. 928 player in his. Oklahoma State was Brennan’s only reported Power Five offer, while Braylin had offers from Nebraska, Baylor, Missouri, Texas Tech, West Virginia, Louisville and Kansas.

In some aspects of that, Brennan might’ve walked so Braylin could run. Once Brennan got to OSU and produced as a true freshman (125 receiving yards and four total touchdowns), some schools might’ve seen the undersized Braylin as less of a risk.

With OSU having Brennan and John Paul Richardson in the slot this season, it’s hard to say how big of an impact Braylin will have as a true freshman. Last week, OSU offensive coordinator and wide receivers coach Kasey Dunn said “there is a chance” Braylin plays in 2022.

Before Thursday’s practice, OSU coach Mike Gundy said Braylin is “doing good,” but that he is hesitant to talk about a true freshman. Brennan said Thursday that there are times Braylin practices “with the ones and the twos.” Braylin has made an impression on Daniels, a presumed starting safety.

“He’s so little, he’s so fast,” Daniels said. “If you don’t get your hands on him guarding him, there’s no way you’re going to be able to guard him. He’s very quick and fast.”

Regardless of whether “Little BP” plays four games or 12 in 2022, it sounds as if Oklahoma State bringing the Presley family to Stillwater is going to pay off for years to come.

“I like having my younger brother here, get to teach him some stuff,” Brennan said. “He’s a freshman, he’s gonna mess up. Just going through those growing pains with him, just trying to help him accelerate his learning curve.”