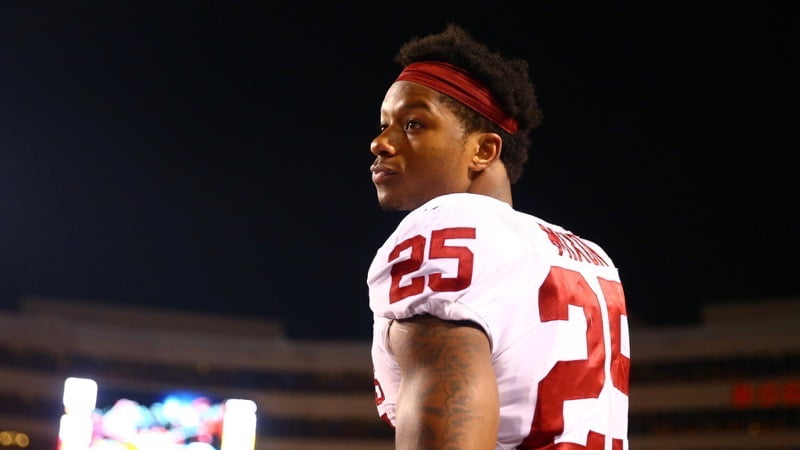 During the Sugar Bowl on Tuesday between Oklahoma and Auburn, ESPN announcer Brent Musburger hit on the elephant in the broadcast room: Sooners running back Joe Mixon, who punched a woman in the face in 2014. Video surfaced of the incident since the last game he stepped foot on the field.

Musburger made no mention at all about the details of the incident. Instead, he talked about how he served his suspension (air quotes added). “He’s just one of the best,” Musburger said. “Let’s hope, given a second chance by Bob Stoops and Oklahoma, let’s hope this young man makes the most of his chance and goes on to have a long career in the NFL.”

Instead of using the platform to shed light on domestic violence in sports, Musburger chose to flat out ignore the situation on the whole. Basically saying that he served his time and wishes him well.

In the second half, apparently after Musburger checked his twitter timeline and saw the outrage of his original comments, he tried walking some of it back. Instead, it turned into one of the most tone deaf defenses you’ll hear on the subject.

“Some people were very upset when I wished this young man well at the next level,” Musburger attempted to clarify. “Let me make something perfectly clear: What he did with that young lady was brutal, uncalled for. He’s apologized. He was tearful. He got a second chance. I happen to pull for people with second chances, OK? Making it absolutely clear, I hope he has a wonderful career and he teaches people with that brutal, violent, video – OK?”

Brent Musburger fired up about criticism regarding his support of Oklahoma RB Joe Mixon. pic.twitter.com/Yg4rkm9oyo