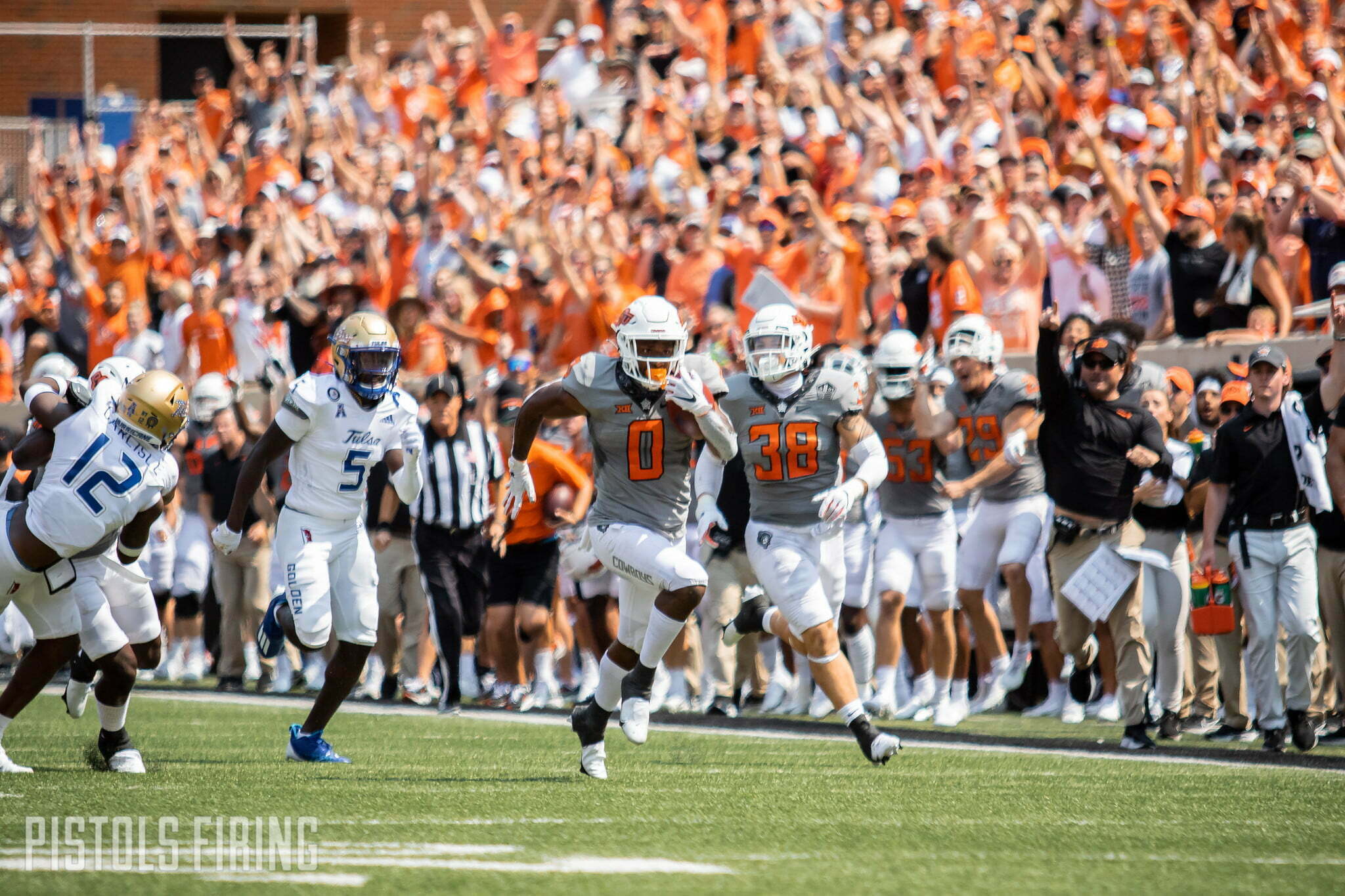 The Cowboys will be a little thin at running back Saturday night, but they will finally have some health at receiver.

Oklahoma State will be without LD Brown, Dezmon Jackson, Braydon Johnson and Logan Carter against Kansas State, according to Dave Hunziker. Bryson Green is also doubtful to play. The good news is that Jaden Bray is expected to play “on a limited basis,” and Tay Martin is all the way back.

Martin broke his own news this afternoon, announcing his return in and Instagram post. A Washington State transfer, Martin had six catches for 107 yards and a touchdown in OSU’s Week 1 win against Missouri State. He injured his ankle in that game and was able to muster only two plays against Tulsa before limping off the field. He missed the Boise State game last weekend.

Bray filled in for Martin against Tulsa in Week 2, where the freshman from Norman caught four passes for 84 yards and a score, but he also missed the Boise State trip with an injury.

A running back in his sixth season with the program, Brown was injured during the Boise State game. On the season, Brown has 28 rushing attempts for 58 yards and a touchdown. He also had a kickoff return touchdown against Tulsa.

Jackson, another OSU running back, left the Tulsa game with an injury. Jackson has six carries for 20 yards on the season.

Luckily for the Pokes, they have other options at running back, primarily Utah State transfer Jaylen Warren. Warren toted the rock 32 times in Boise, where he ran for 218 yards and two touchdowns. Expect sophomore Dominic Richardson to get the touches Warren doesn’t.

A redshirt senior receiver, Braydon Johnson has played just one game this season after moving back into the slot. Logan Carter, the Cowboys’ featured Cowboy back entering the season, hasn’t played at all in 2021.

Green suffered a hand injury in Boise, an injury that moved Cale Cabbiness into the limelight. Bryson’s twin brother, Blaine, made the trip to Boise and went through warmups but didn’t play. Blaine hasn’t played this season after entering the year as a projected starter before suffering an injury. Hunziker made no mention of Blaine’s availability. UPDATE: Blaine will play, according to Robert Allen.