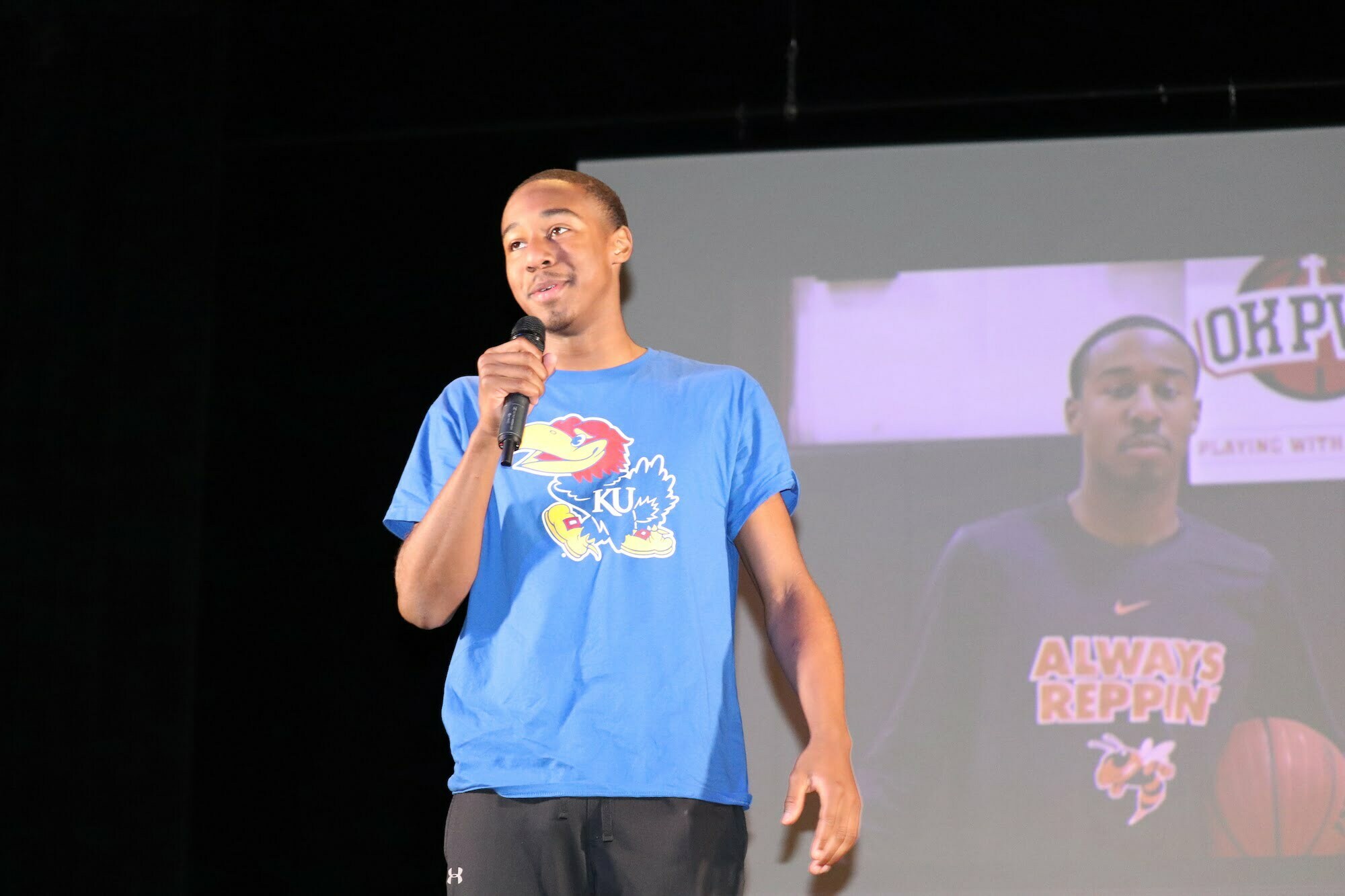 Bryce Thompson chose Kansas over Oklahoma State earlier this week in a bummer of a start to the early signing period for Mike Boynton and the Pokes. There was no drama on announcement day for the No. 19 prospect in the country, but behind the scenes there was at least a little bit apparently.

The Thompsons — who thoroughly enjoyed the recruiting process (as they should) — decided it would be fun to prank Bryce’s future coach and his father’s former coach, Bill Self, about what college Bryce would be attending. Here’s how it went down.

“He’s about to call you,” Rod texted. “It’s not good around here right now. Shaking my head.” When Self asked why, Rod fired back: “OSU. I’m sick, but he has to tell you.”

Self immediately called a meeting with his staff, convinced the pursuit of Bryce was over. He told his wife. He was sick. Roberts, who also coached Rod as an assistant, tried to call the Thompsons. They didn’t answer. He sent Self a text: “My bad, Coach. I didn’t get it done.”

Then as Rod drove Bryce to school, he dialed Self and put the phone on speaker. “Hey, Coach, appreciate you, man, for recruiting me and showing me a great time,” Bryce said in a hushed tone. “It’s really been good and I just really appreciate the time you spent with me recruiting me, and like my dad said, it’s the right thing for me to call everybody, so I’m just calling to let you know that I WANT TO BE A JAYHAWK!”

“Rod,” Self said into the phone. “I’m going to kick your ass.” [The Athletic]

It’s not really a dagger — that was already delivered — but it’s a bit of a mini-gut punch that a top-20 recruit would use OSU as a placeholder for a joke on his future coach. I realize that [OSU] could have been any school that came in second to the Jayhawks, but in this specific instance it was … well … OSU.

Speaking of finishing second, the big nugg from that article above once you get past the prank stuff is that the door is still a bit ajar for OSU. As of the time I’m writing this (4:30 p.m.), Kansas has not officially announced his signing, and even if and when they do, the hammer could still drop in Lawrence, in which case it wouldn’t be super difficult for the No. 19 prospect to get out of his letter of intent and attend the school that came in second?

“[Kansas’ future and a potential postseason ban is] something we talked about,” Rod told The Athletic. “I thought Bryce made a great point: There are a lot of schools who don’t get the opportunity to play in the tournament. It’s something that you want to do, that you dream about doing, of course. I think we would just have to sit down and evaluate and look at that. As of now, I don’t see him saying I don’t want to be here because we can’t play in the tournament.”

I think we would just have to sit down and evaluate and look at that.

Rod certainly left the door open a sliver, did he not?

A scenario: Kansas gets a two-year postseason ban in May (this is all hypothetical of course). Bryce starts looking around at the landscape, sits down and evaluates and looks at that and sees OSU coming off a NCAA Tournament appearance with his old running mates, the Boone bros, gets some texts from Cade …