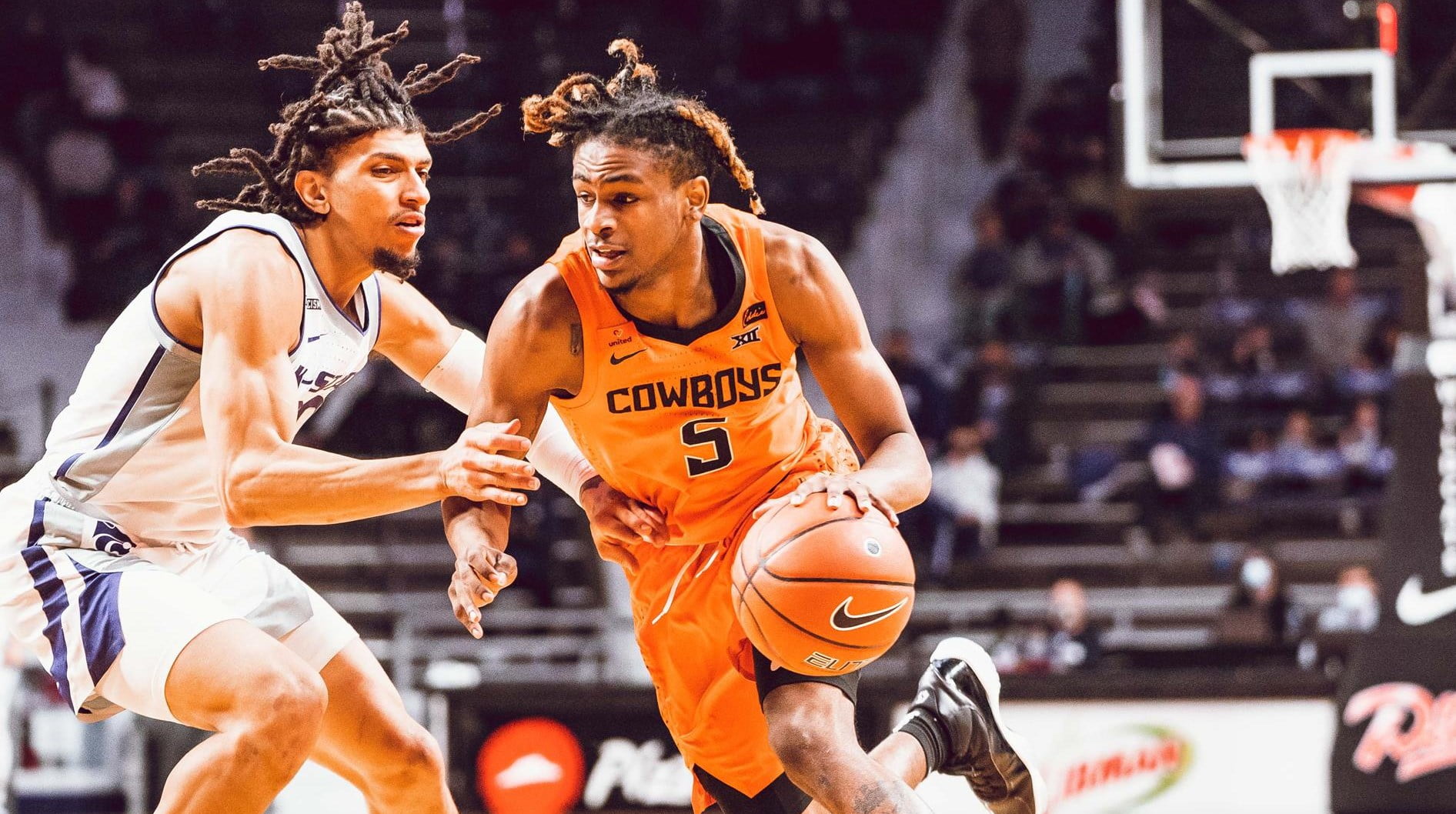 Oklahoma State’s offense pulses through Cade Cunningham, and based on the analytics, that’s undoubtedly the way the Cowboys should be running their offense.

(Disclaimer: This website is a tool coaches in the game use to maximize their potential. So, for example, if Rondel Walker 3s are the most efficient shot in OSU’s offense on a per-possession basis, yet OSU is only getting a handful of them per game, then by extension Mike Boynton could see that data and decide Hey, Rondel Walker should actually be taking 20 3s or whatever per game.)

OK, let’s cut to the chase and get to the answers he provided, which are based on a minimum of 15 occurences. These are OSU’s most efficient offensive plays ranked 1-7, to include all plays that are netting at least 1.0 points per possession. Some of these surprised me.

There have been only 21 of these instances this season — Flavors has taken 40 3s but only 21 have qualified as catch-and-shoot scenarios — but it is far and away OSU’s most efficient offensive play. It is yielding a whopping 1.41 points per possession.

2. Cade Cunningham pick-and-roll (ball-handler) with screen set high and drives to the basket

Also somewhat of a surprise! It feels like every time Cade gets a high screen and attacks, he’s instantly met with the entire team’s opposing roster waiting for him in the paint. But this specific set — which surprisingly has only been run 15 times this season — is yielding 1.32 points per possession. (Translated: PUT CADE IN MORE HIGH SCREEN PICK-AND-ROLLS AND LET THE MAN COOK!)

3. Matthew-Alexander Moncrieffe cut drop off pass at basket for layup

I’d wager my day’s wages that at least 90% of these points are off Cade Cunningham penetration, but I digress. The point here is that MAM has been really effective around the rim. Not so much in post-up situations, but when he’s dropping to the hoop in action and catches feeds he’s scoring 1.18 points per possession.

By shooting percentage, Cade is the third-best 3-point shooter on OSU’s team. So this one doesn’t surprise me too much, other than the fact that defenders aren’t draped around his neck to nix any catch-and-shoot opportunities for him. He’s totaling 1.14 points per possession on catch-and-shoot 3s.

Rondel truthers rejoice. Of course he’s on this list. He’s been fabulous. His catch-and-shoot 3s are netting OSU 1.11 points per possession on the season.

This is a bit anecdotal, because obviously the numbers don’t corroborate this, but my confidence level a shot is going in is higher when Bryce Williams is launching than just about everyone on the team. Yet he’s fourth on the team in 3-point shooting percentage! His catch-and-shoot 3-point rate is plenty efficient, though, and at 1.1 points per possession we should probably be seeing more of it.

Again, as a Rondel truther, not a surprise. The only surprise is that he’s taken 20 (!) catch-and-shoot 3s in transition this year. That feels insanely high for anyone through 15 games, much less a freshman who is coming off the bench. Speaks to just how much OSU entrusts him to make smart decisions.

Oklahoma State as a whole isn’t a very good 3-point shooting team by percentage. Its 33.1% hit rate ranks seventh in the Big 12 and 187th nationally. Because of that, OSU doesn’t take very many 3s. Only 25% of its offense is accounted for by long balls, which is last in the Big 12 and in the bottom 50 of all teams, per KenPom data. But …. maybe it should be taking more 3s. More specifically: Ferron Flavors should be taking more 3s when he returns from injury!

I know, I know: Flavors is making 25% of his 3s, and OSU’s shooting percentage isn’t great. But when five of your seven most efficient plays involve 3s, perhaps more are in order.