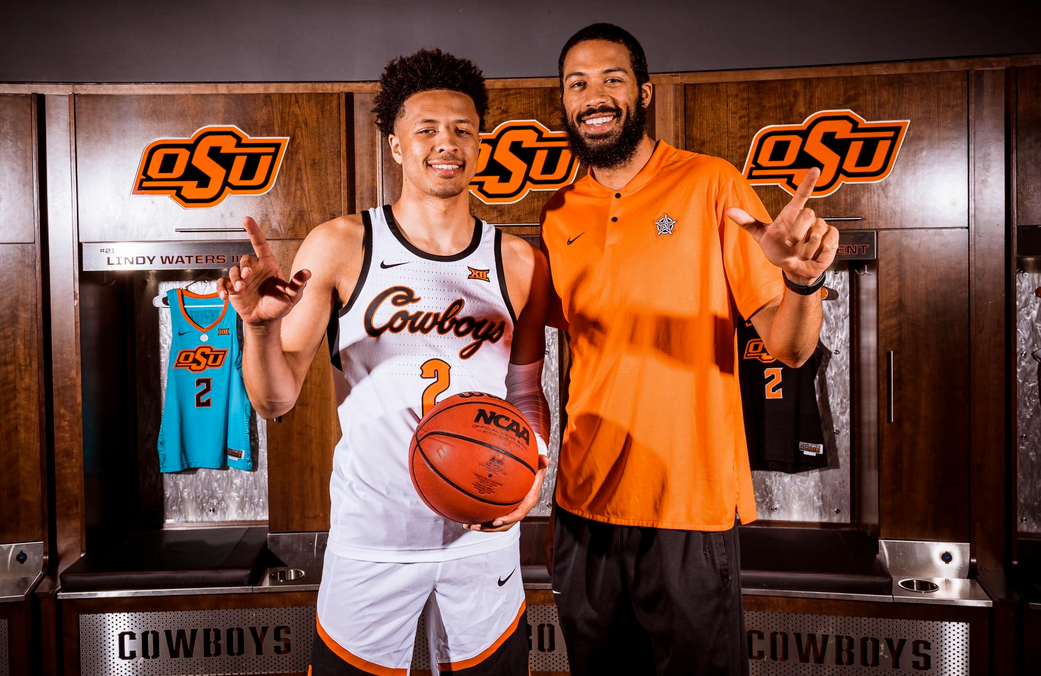 After two massive official visits this past month for five-star guard Cade Cunningham — first to Oklahoma State, and this past weekend to North Carolina — Cunningham set out to do what any teenage kid in his position would do.

He blogged about it.

In his personal space on USA Today’s Network, Cunningham recapped the OSU visit in his own words. And in those words, he vowed not to say it was a surprise … only to say it was, in fact, a surprise. Reading between the lines, it sounds as if it was a good one.

“Before the UNC visit I took my official to Oklahoma State and I had a great time there too,” he wrote. “Honestly, the visit was even better than I thought it would be; I won’t say I was surprised, but I was surprised.”

“Everything about the visit was just cool. I liked everyone there and I really think that they have something good going there. Of course my brother is on staff there so that was cool having him there for the visit. Before he took the job, he told me he would never recruit me to a place that I wouldn’t thrive at. He’s my brother first and still gives me real advice about all of the schools. People think that he just recruits me to Oklahoma State and that’s it, but he gives me the pros and cons of every school; even Oklahoma State.”

“He’s just real with me, and that’s how he’s always been; that will never change,” he added. “At the same time, he has a job to do and he’s been doing a great job so far.”

He says he still hasn’t nailed down exactly when he’ll make his commitment, but with a November trip to UK tentatively on the books, it appears to be something of a moving target.

“At first, I wanted to be committed in October, but I just want to get it right so I’m not really putting a timeframe on it anymore,” he said. “I do know that I’ll be in Dallas for the Thanksgiving Hoopfest on Nov. 29 and that’s where I’m from so it would be perfect if I’m ready and if I know where I want to go. It would mean a lot to commit in front of the hometown crowd.”

No timeline, but maybe late November? If that’s what happens, it appears he’ll either bypass signing in the early period — which is Nov. 19 and 20 — or he’ll secretly submit his NLI on one of those days and hold for over a week on a public announcement. If he doesn’t sign on the 19th or 20th, he’ll have to wait until the regular period, which runs April 15, 2020 through May 20, 2020.