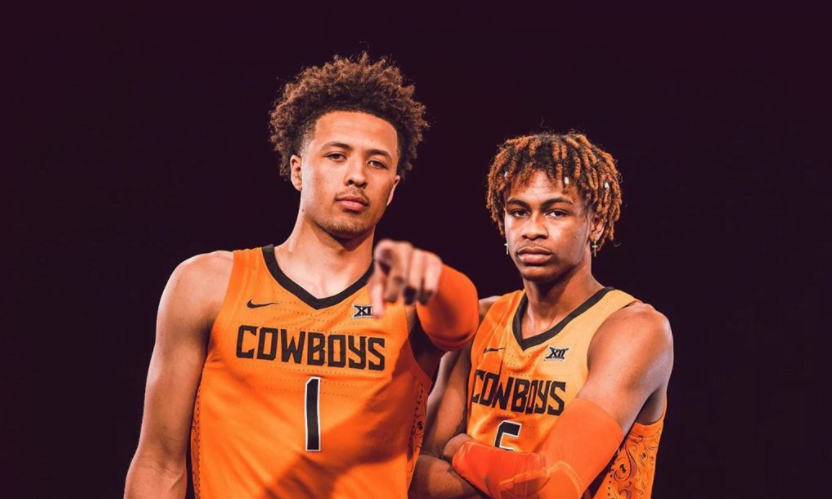 It’s a new era for basketball in Stillwater.

If you follow anything related to Oklahoma State basketball like I do, you have probably noticed the phrase #NewEra repeated along with the usual #LetsWork on a recurring basis. Rivals’ No. 4-ranked recruiting class signals a significant shift in talent and expectation in Stillwater. While the 2019-20 Cowboys finished a respectable 18-14, there’s a feeling that this year marks a line in the sand: Pre-Cade and Post-Cade.

There has simply never been a freshman like Cade Cunningham in Stillwater. 247 Sports and Rivals top-ranked high school player in the country. The 2020 Naismith Trophy High School Boys’ Player of the year. The projected No. 1 pick in the 2021 NBA Draft, according to NBA Draft Express. So what does this mean for expectations on the 2020-21 Oklahoma State Cowboys?

Before we mentally start cutting down the nets at the 2021 Final Four, I wanted to pause and take a quick look back at recent history to level-set expectations. In particular, how well have teams fared with the future No. 1 NBA pick on their team? Let’s presume that Cunningham will in fact be the No. 1 pick next year abnd dive in on the last 10 No. 1 draft picks, all freshmen, starting with 2009-2010.

Who can forget the dynamic John Wall? Leading a ridiculous recruiting class that included future NBA players Wall, DeMarcus Cousins, Eric Bledsoe and Daniel Orton, this Wildcat team rolled anyone and everyone in their path in the SEC. They stormed all the way to the Elite 8 before running into the Mountaineers, who sent them packing one game short of the Final Four. John Wall would go on to be drafted first overall by the Washington Wizards.

The mercurial Kyrie Irving dazzled in his shortened freshman season in Durham, playing in just 11 games for the Blue Devils. He played his last regular season game in December, missing all of conference play and returning in March to play in the Tournament. The top-seeded Blue Devils disappointed by bowing out to No. 5 seed Arizona in the Sweet 16, ending an otherwise stellar season. Irving would go on to be selected first overall by the Cleveland Cavaliers.

One of the best college teams in recent memory, future superstar Anthony Davis was a man amongst boys in the college ranks. Boasting the Rivals’ No. 1-ranked recruiting class in the country and three five-stars (AD, Michael Kid-Gilchrist, Marquis Teague), This Kentucky team proved too much for a more experienced Kansas team in the final, cutting down the nets for the first time in John Calipari’s career. Davis was selected number 1 overall by the New Orleans Pelicans.

This name might make you cringe at first sight. As we know now, Bennett, the future No. 1 pick of the Cleveland Cavaliers, went on to be the most disappointing top pick in a weak draft class. Bennett was a very good college player at UNLV, and his team experienced moderate regular-season success before getting upset in that ever-dangerous 5-12 matchup in the first round.

While they continued their impressive Big 12 championship streak in 2013-2014, this Kansas team underachieved overall, as they lost double-digit games and failed to get out of the first weekend in March. In his only season in Lawrence, Wiggins flashed enormous potential as well as frustrating no-show games, a harbinger for his future NBA career. Wiggins was drafted No. 1 overall by the Cleveland Cavaliers, who would trade him before the season started to Minnesota in a deal to match Kevin Love with Lebron James and Kyrie Irving in Cleveland.

Another No. 1-ranked recruiting class, this is widely considered the greatest team to never win a national title. Coming two games short of a perfect season, John Calipari’s Wildcats went a ridiculous 38-1 and went undefeated in conference play before losing to Sam Dekker, Frank The Tank Kaminsky and the Badgers in the Final Four. KAT’s numbers in college fall behind some of the other future No. 1 picks, but this was more due to the amount of talent on this Kentucky, which featured the KAT himself, Harrison Twins, Willy Cauley-Stein, Devin Booker, Trey Lyles, Dakari Johnson, Tyler Ullis, and Alex Poythress. KAT would go on to be drafted No. 1 by the Minnesota Timberwolves.

The future No. 1 pick of the Philadelphia Sixers, Simmons put up massive numbers in his one season in Baton Rouge despite an overall disappointing season as a team. Coach Johnny Jones was not able to make the NCAA tourney field despite having Simmons, who at the time was not running point, but playing as a big in college.

Yikes. This is exactly the season Cowboy fans can look to as a warning. Fultz balled out on his own for Lorenzo Ramar and the Huskies, which led to very little success. Regardless, Fultz went No. 1 to the Philadelphia 76ers, and went on to one of the weirdest starts to a career in NBA history. Fultz is now a serviceable guard off the bench for the Orlando Magic.

Ayton was one of the most physically imposing big men we’ve seen as a freshman in the history of college basketball. Averaging a double-double, Ayton was a monster at Arizona. Unfortunately, his team flamed out in the first round, getting upset by a feisty Buffalo squad. Ayton would go on to get drafted No. 1 by the Phoenix Suns, who passed on Luka Doncic to take the in-state talent.

The most hyped prospect coming out of high school since Lebron in 2003, Zion was a sensation for Coach K and the Blue Devils. Zion dominated the competition in the ACC until a knee injury (and blown-out shoe) took him out for the last few games of the regular season and ACC tournament. Despite this, Zion came back in March to wreak more havoc, eventually losing a heart-breaker to the experienced Spartans in the Elite 8 by 1 point, 68-67. Like AD, Zion was selected No. 1 overall by the New Orleans Pelicans.

So what are some March trends we notice about these teams boasting the future No. 1 overall pick? Let’s start with how deep they went in the Tournament.

Recent history suggests — if Cunningham does indeed become the No. 1 pick in the 2021 draft — the odds look pretty good that Oklahoma State will be a tournament team in 2020-2021. They may not have the talent of some of the Kentucky or Duke teams listed above, but they will be far from the one-man show that ultimately doomed the Ben Simmons-led LSU team and the Markelle Fultz-led Washington team.

Cunningham doesn’t need to be fed the ball in the paint a la Karl Anthony Towns, Anthony Davis, or Zion Williamson. He’ll be the fulcrum of an offense that returns starting juniors Isaac Likelele and Yor Anei, as well as a cast of supporting contributors and several other highly touted freshmen incoming. The ball will be in Cade’s hands more than any other player, tasked with running the offense and forming one of the best backcourts in college basketball with Likelele.

Cunningham possesses a unique skill set that is different from the No. 1 picks we observed above. A 6’7, 215 lb. point guard with a 7’0 wingspan, Cunningham can do it all — he knocks down 3’s at a consistent clip, gets to the rim with ease, possesses elite vision and unselfishness sharing the ball, and can lock up on the defensive end as a multi-positional stopper. Jerry Mayer, the director of scouting for 247 Sports, had this to say about Cunningham.

“I haven’t scouted many prospects as polished, mature, and talented as Cade Cunningham. He has that powerful, functional athleticism. It’s not going to win you a dunk contest but it is going to get you an and-one.”

So how does this translate to March success for the Cowboys? In short, it will depend (as it always does) on matchups in the tournament. But half of the teams boasting a No. 1 pick that we reviewed at least made the Sweet 16, which should give Oklahoma State some real hope that has been missing since Marcus Smart, Markel Brown and Le’Bryan Nash were in town. Keep in mind, Oklahoma State hasn’t made a Sweet 16 since 2004-2005.

By March 2021, the Cowboys won’t have won an NCAA tournament game in 12 years, since the first year of Travis Ford’s tenure in 2009. Getting back to the Big Dance and breaking that winless streak would signal tangible progress and a bright future for the #NewEra in Stillwater.