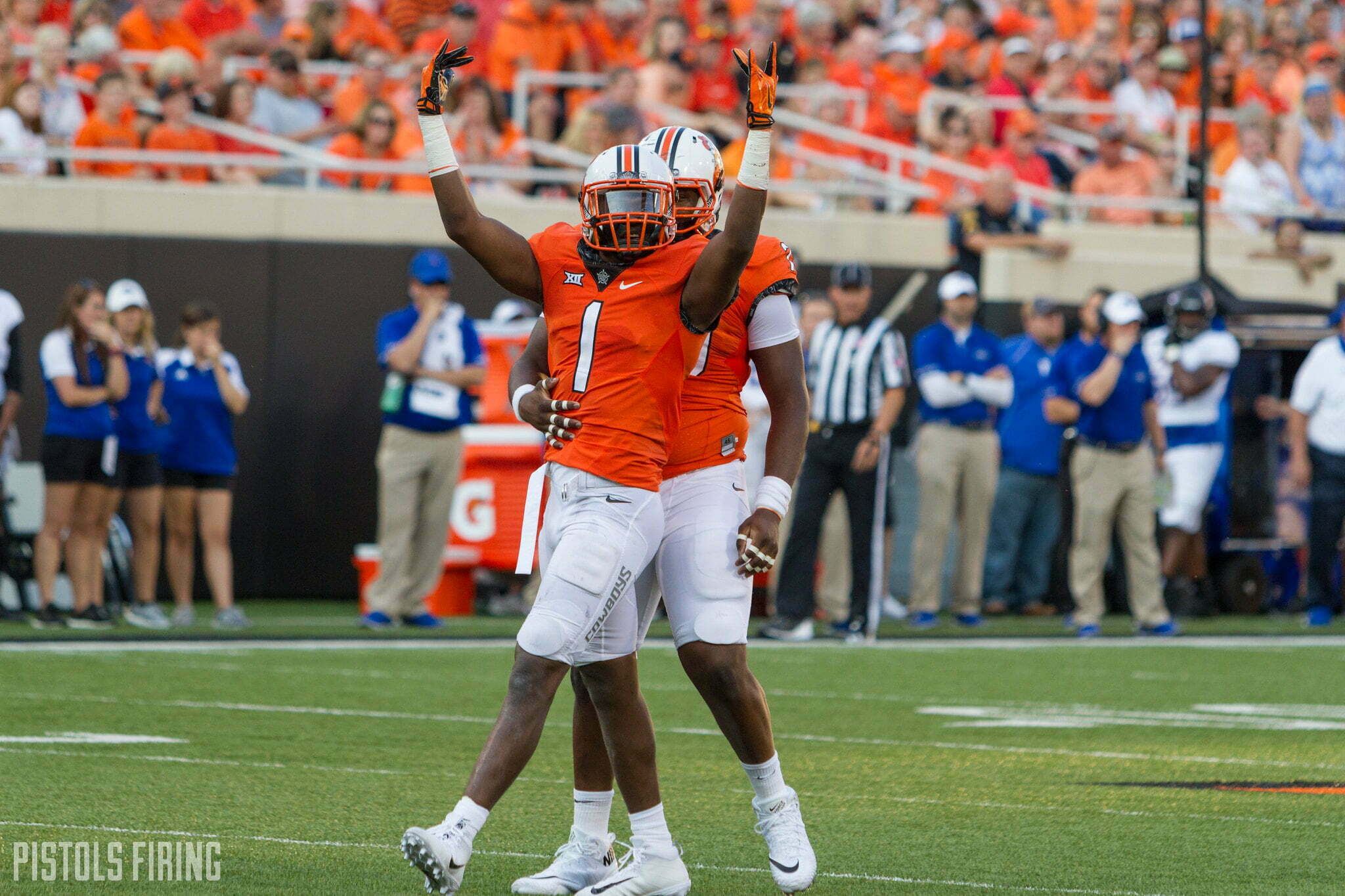 Calvin Bundage burst onto the scene at Oklahoma State as a true freshman.

Diving headfirst toward the opposition, he was as athletic and imposing as he was manic and unpredictable. For every highlight reel he hijacked, there were as many plays where he jumped early across the line and drew a yellow handkerchief. Think of a young Russell Westbrook playing linebacker.

But as he matured he was able to dial in the frenzy and grew into one of the Cowboys’ best defenders before injury sidelined him for his would-be senior season.

Now, by what might end up being a serendipitous turn of fate, Bundage is back, and he says he’s healthier and better than ever.

“I feel great physically,” Bundage said on a Zoom media conference Wednesday. “I feel like I did when I came in freshman year, totally healthy.”

The scary part — at least for opposing Big 12 offenses — is when Bundage says that he’s never really played fully healthy in college, with back problems being a recurring issue even before things got bad enough that he required surgery.

So when Bundage finished 2018 fourth on the team in sacks, fifth in tackles for loss and third in QB hurries despite missing two games he says he wasn’t 100 percent. During his disruptive 12-tackle performance against Boise. When he sacked Baker Mayfield twice in Bedlam 2017.

Despite all the flashy plays and flailing-arm celebrations, he was still limited by those recurring back issues.

“I guess it just depends on what doctor you go to, honestly,” said Bundage when asked how serious his injury was. “Everybody was telling me it was a big deal and ‘you shouldn’t play football’ but I went to a great doctor and he fixed it… People shy away from back surgery but I guess mine turned out good so..”

“It feels great. It feels good to put everything at risk and prove I’m the best. I feel like I came back better than last time. A better player this year.”

Good thing Matt Rhule got out while he could.

In Bundage’s stead, a pair of up-and-coming LBs in Amen Ogbongbemiga and Malcolm Rodriguez turned into grizzled starters. Amen earned All-Big 12 second-team honors and the pair combined became the only duo of Cowboys to each reach 100 tackles in a season during the Mike Gundy era.

So where does Bundage see himself fitting into a now deeper, more-experienced linebacker group?

“I came back a better player so I don’t know, honestly. I don’t know how it’s going to go.”

It’s a good problem to have if you’re Jim Knowles.

Expectations are high based on all that the Pokes have returning. There’s the set of offensive triplets that could stack up next to the best ever at OSU and returning stars on defense like Kolby Harvell-Peel and Trace Ford. Add in 19 returning starters and plenty of quality depth and talent.

Where Bundage fits into all of that remains to be seen, I suppose. But if he’s half the player he was before I don’t know how you can keep him off the field. And if he truly is the best he’s ever been — as he claims — he might just be the missing piece that Oklahoma State needs to win a Big 12 title.