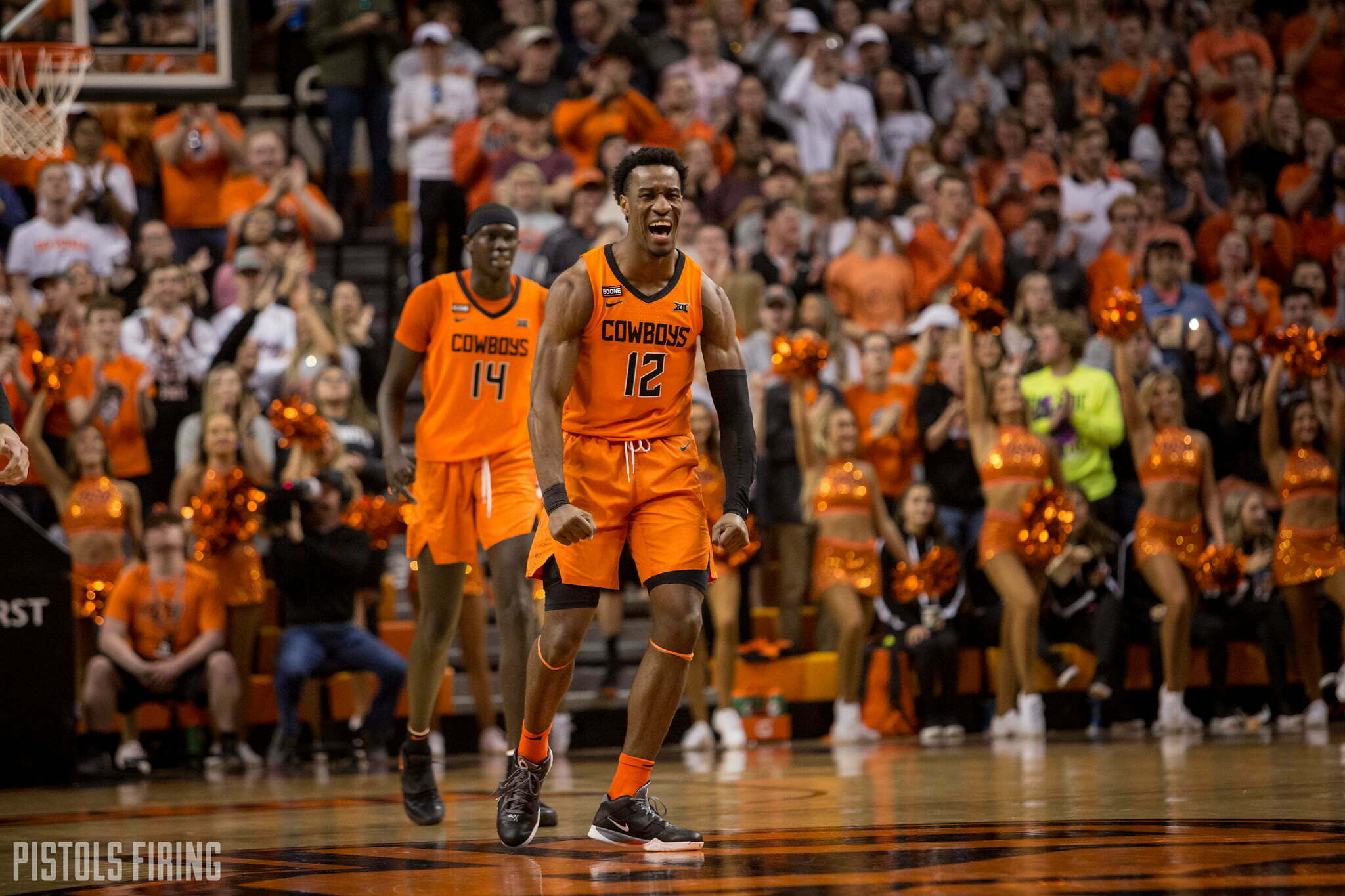 After four turbulent years in Stillwater, Cameron McGriff is a professional basketball player.

McGriff signed with Belgian club Okapi Aalst about three months after he played his last game for Oklahoma State thanks to the coronavirus ending his senior season.

“It was a great opportunity for me, just finding a sense of security throughout this crisis we’re going through,” McGriff told PFB. “Just not knowing, the uncertainty of what’s in front of me as far as basketball is scheduled in the states, I felt the best route currently right now was to go to Belgium.”

In a normal year, a fringe draft pick like McGriff would be working out with NBA teams and working to improve his stock at the combine, but in the midst of this COVID-19 pandemic, McGriff hasn’t been afforded those opportunities.

He said he has heard from several NBA teams, but without the ability to get in front of them going overseas was his best option.

“It’s been really hard, the entire situation,” McGriff said. “We’re definitely in a process now where I’ve talked to multiple NBA teams, but I’m in a situation now where all I have is my word and my film from college. I really can’t get between the lines in workouts and go against the next man in front of me. It’s really difficult knowing I can’t prove myself on the court, so I’ll just have to wait until another time.”

McGriff’s new team competes in the Pro Basketball League, Belgium’s top-tier. McGriff said he had offers from all around Europe, and he chose Belgium in part because of advice he got from former teammate Leyton Hammonds.

Hammonds has played in multiple European countries, and McGriff said a big piece of advice Hammonds gave him was to try to go to western Europe, and that he did.

McGriff has talked to his coach and other team personnel. He said the language barrier with them wasn’t as bad as he thought it might be, but there are still nerves about what moving across the Atlantic ocean will be like.

“Yeah, I’m a little nervous,” McGriff said. “I know I’m near Brussels, and I really don’t know what to expect at this point. It’s kind of becoming real now, although I’ve probably signed my contract about a week ago. But now that it’s getting out to the media and whatnot and people are congratulating and everything like that, that’s when it’s really became a thing. This is actually gonna happen.”

For now, McGriff is scheduled to head to Belgium in mid-August (coronavirus-depending). Although he is looking forward to his first season of pro basketball, McGriff’s goal of one day being an NBA player hasn’t changed.

“That’s never going to stop [being the goal],” McGriff said. “I’m sure there are going to be a lot of guys, besides myself, who might fall between the cracks in Europe or in China who are trying to get back to the states that are in the same situation as I am because everyone knows this isn’t the most traditional way of getting there.”