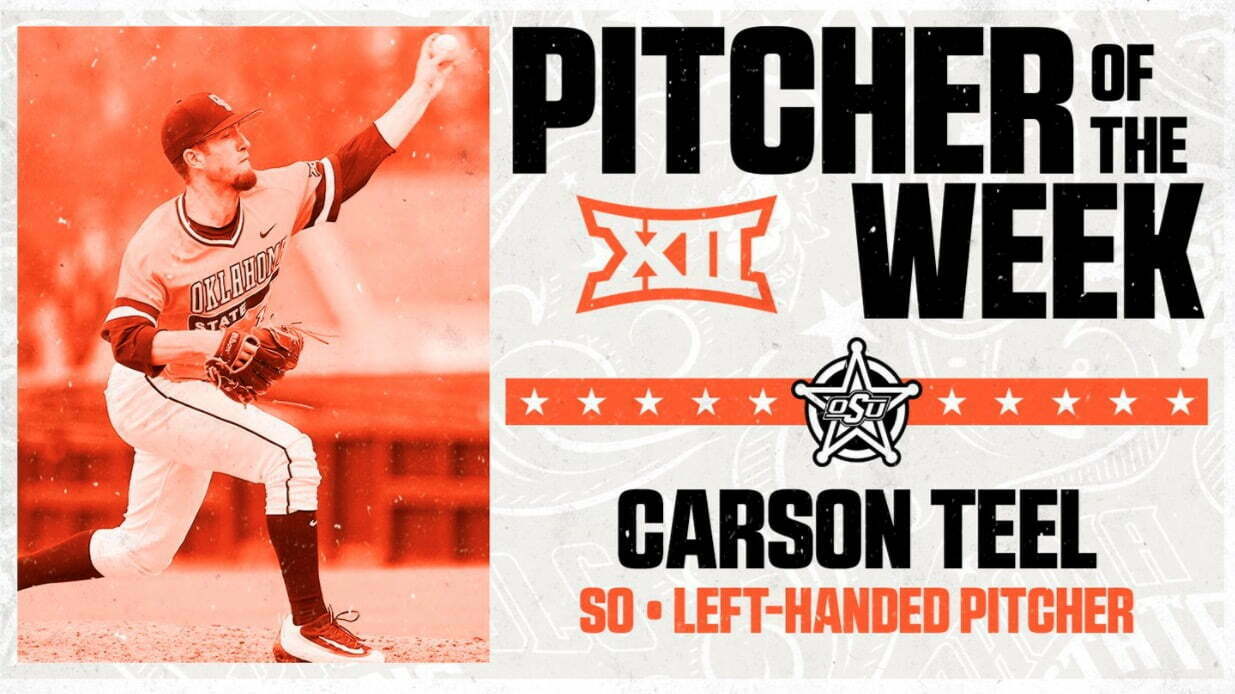 Oklahoma State baseball went 3-1 last week against ORU and Texas Tech, and sophomore Carson Teel pitched in all three of those games, racking up two wins. Teel pitched 5 and 1/3 innings, gave up two hits, no runs and struck out seven.

He left the bases loaded in extra innings in Lubbock as OSU won 3-1 in 11 innings. Both of his appearances in that series came in relief, and his ORU appearance on Tuesday was as the starter.

Pitching the Pokes to a pair of Ws on the road vs. #4-ranked team in the country gets ya #Big12BSB honors. Congrats @CarsonTeel! #okstate pic.twitter.com/arBD1xHcTs

It is his second Big 12 Pitcher of the Week award and Oklahoma State’s sixth weekly award overall this season. It comes at a great time, too, as the Pokes were reeling a little bit heading into last week. They’ve bumped their RPI up with the three wins and now head into what should be an easier home stretch looking to build some momentum for the postseason.