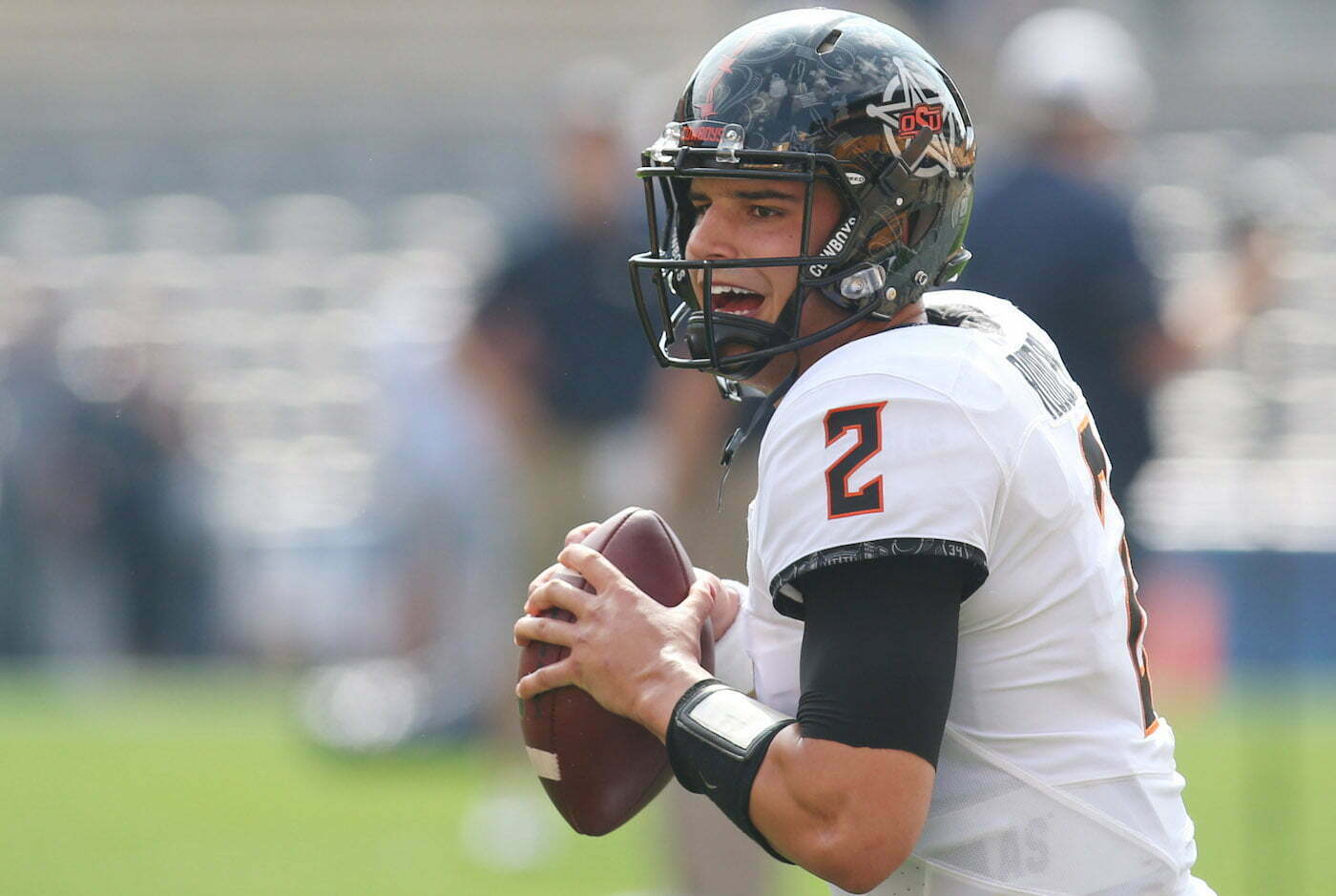 CBS Sports has pegged OSU quarterback Mason Rudolph to be the No. 1 overall pick in the 2018 NFL Draft … to the Cleveland Browns.

Chris Trepasso, an NFL writer, had this to say about the Pokes’ veteran signal-caller and why he thinks coach Hue Jackson might be enamored with him.

The Browns have to take a quarterback at this juncture, right? I mean, even if Kevin Hogan plays well for the remainder of the season, he won’t be enough to stop Cleveland from addressing the most important position on the field. Rudolph is experienced, super productive, and is mature beyond his years passing from the pocket. Hue Jackson will be enamored with the Oklahoma State signal-caller. [CBS Sports]

You might remember the Browns also selected another OSU record-breaking QB when they drafted Brandon Weeden with the 22nd overall pick in 2012. His time with the Browns, however, was short-lived. And he’s since bounced around to Dallas, Houston, and Tennessee.

Rudolph has been difficult to project as an NFL prospect by some prognosticators, with some (like Trepasso) banking he goes No. 1, to others saying he could fall to the third round — and maybe lower.

Whoever selects Rudolph will be getting an experienced QB who has put up 10,000-plus yards passing during his OSU career. And while his flaws have been well-documented on the field, it’s hard to argue that his production and ability to toss it deep downfield won’t make him one of the top prospects at his position when the NFL comes calling.