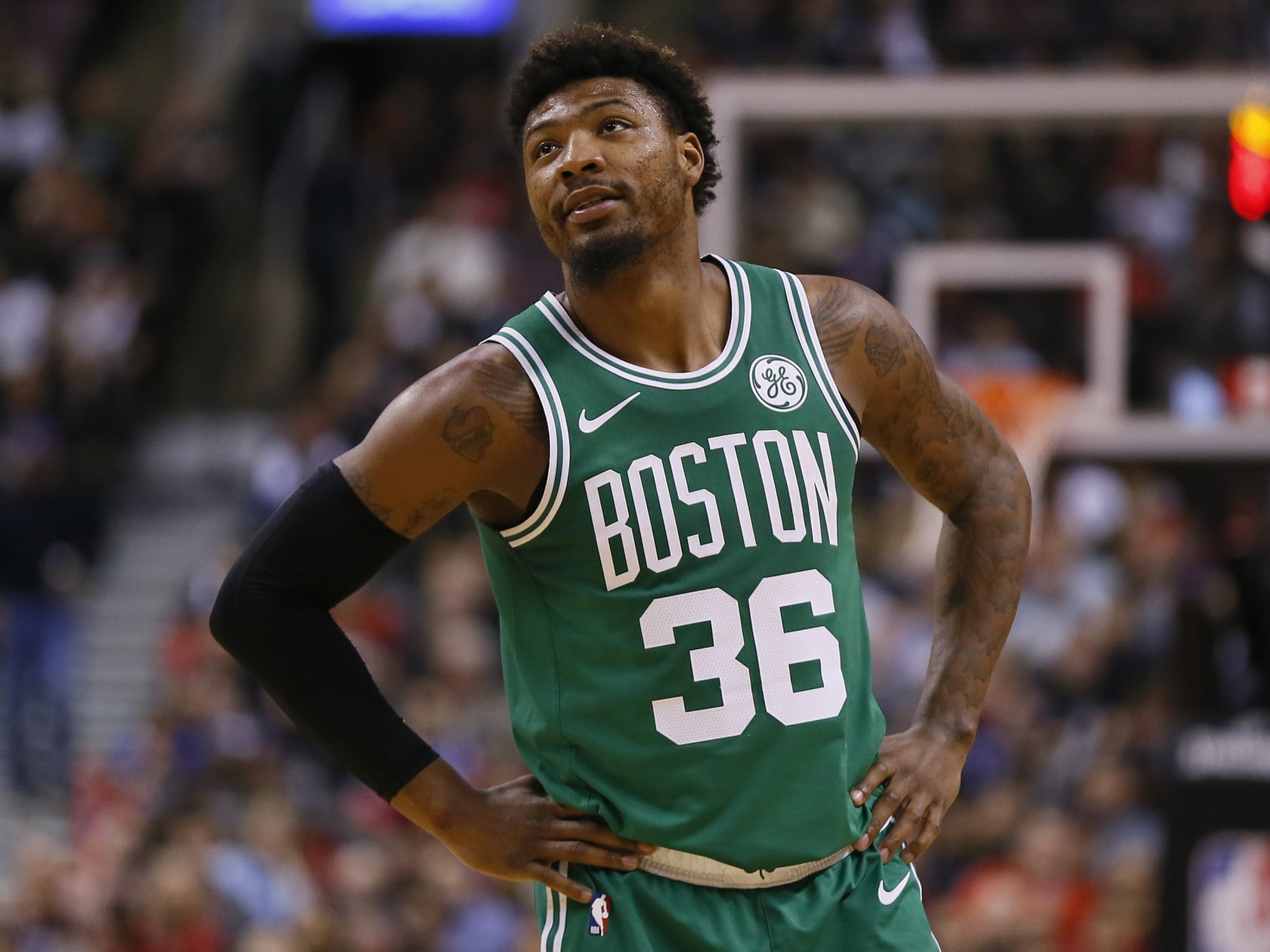 Oklahoma State’s basketball season is coming to an end, but there are plenty of former Cowboys who still have a ways to go.

Marcus Smart and the Boston Celtics sit at third in the Eastern Conference, but have dropped four of their past five games.

Smart, 24, has appeared in all but one of Boston’s 63 games this season and averages eight points, three rebounds and four assists per game. Smart has brought his 3-point percentage up to 37 percent this year, an area that has been a knock on him in the past.

No word on whether he’ll crack this out in a game:

On Sunday, Celtics’ coach Brad Stevens made a plea for Marucs Smart to make an All-Defensive team.

“I really hope Marcus finally gets recognized as an All-Defensive Team member,” Stevens said. “We’ve thought ever since he got here that he’s one of the best defenders in the league. … I’m sure if you took a poll of players around the league — even though they might be annoyed by him sometimes — they would all say that he is. Because he’s into people, he’s physical, he’s tough, he’s got a motor, he’s got great hands. He should be on that team.”

It’s hard to argue Stevens’ stance with plays such as these:

Marcus Smart doing what he does. pic.twitter.com/Jh5zp8BIEO

Jawun Evans has played in seven NBA games this season with the Phoenix Suns, but most of his year has been spent with the Suns’ G League affiliate, the Northern Arizona Suns.

Evans, on a two-way contract, has averaged 16 points in his 29 G League appearances. Evans has proven a threat to drop 30 on any given night. In a recent game against Jeffrey Carroll and the South Bay Lakers, Evans scored 28 points off 9-for-10 shooting. Four of those makes were 3-pointers.

Unfortunately for Evans, whether he is in the NBA or the G Leauge, his team stinks. The Phoenix Suns are an NBA-worst 13-51, and at this point they’re the only NBA team already eliminated from playoff contention. The Northern Arizona Suns are a G League-worst 9-33.

With how in flux the Los Angeles Lakers’ roster seemed to be around the trade deadline, it wasn’t crazy to think Jeffrey Carroll could be in Staples Center with Lebron James.

Carroll didn’t make an NBA roster in his first year out of college, but he did land with the Lakers G League affiliate, the South Bay Lakers. Carroll has averaged 10 points in his first 15 G League games.

Carroll scored 19 points and was 3-for-4 from deep Friday against the Stockton Kings.

The rookie is taking off! @OSUMBB alum @J30Carroll has scored double digits for a 3rd straight game ???

He hasn’t lost his springs either:

Those three aren’t the only former Pokes getting paid to hoop. Here’s a quick breakdown of all the OSU alums I could track down playing overseas: