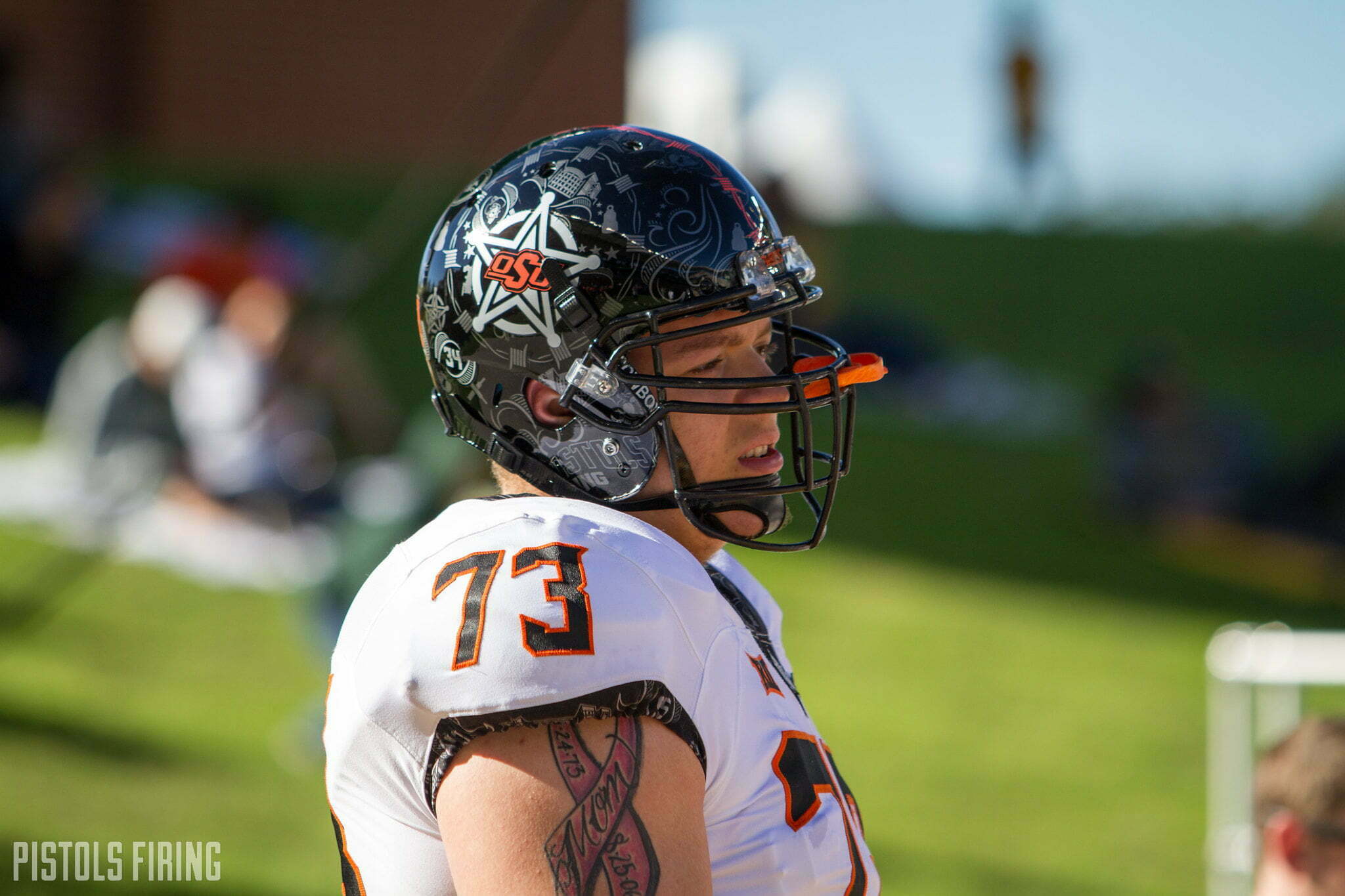 The Chicago Bears traded up to select Teven Jenkins with the ninth pick in the second round of the 2021 NFL Draft, the team’s second pick of the draft.

After a redshirt year, Jenkins quickly made his way into the rotation as a freshman playing in 12 games and starting three both at right tackle and then right guard. By his redshirt sophomore year, Jenkins was a mainstay in OSU’s starting lineup but injuries still forced him to move around.

From 2018-20 he started in every game that he appeared in but split time between right tackle and left tackle, showcasing his versatility. After battling injury issues this past year, Jenkins decided to forego the remainder of the season to prepare for the draft.

Jenkins was named All-Big 12 honorable mention in both 2018 and 2019 and then was a First-Team all-conference selection in 2020, despite playing in only seven games. He was also an honorable mention for conference Offensive Lineman of the Year last year.

Jenkins’ stock continued to rise after his senior season with several outlets tabbing him as a first round pick, and he further solidified his status in the field with a strong showing at OSU’s pro day.

Jenkins is Oklahoma State’s highest draft pick since Emmanuel Ogbah went 32nd overall in 2016. He’s the first Cowboy offensive lineman to be drafted since Russell Okung went sixth overall in 2010. He is the first Big 12 player off of the board and the fourth offensive tackle.

The Bears took Ohio State quarterback Justin Fields No. 11 overall with their first pick, whom he will be protecting. Jenkins was projected by many to go to Chicago No. 20 overall but the Bears traded that pick. Looks like they got their guy after all.