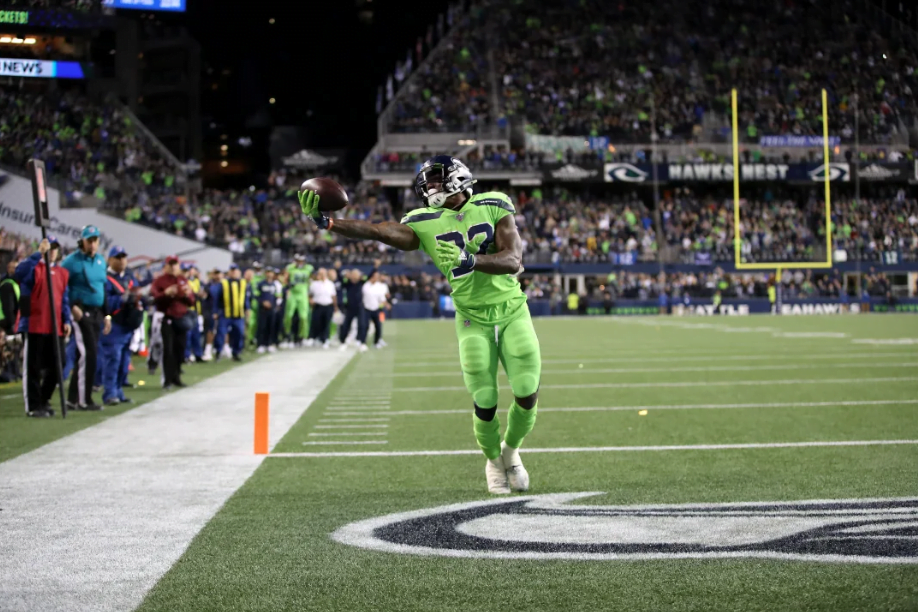 Just three weeks ago, Chris Carson had lost his third fumble in as many games and was averaging just under 53 rushing yards per game for the season. What’s worse was that that his third miscue was scooped and scored and helped contribute to the Seahawk’s first loss.

Questions arose — mostly from fans and on social media — about the seventh-round pick’s viability as a starting running back with players like first-round pick Rashaad Penny and other former starters behind him on the depth chart.

But despite those murmurs and tweets, Seattle head coach Pete Carroll publicly said he was sticking with Carson, and now he’s glad that he did.

“I loved his night, physical again,” said Carroll to Seahawks.com on Thursday night. “Took off where he finished last week. So physical, such a determined player. Isn’t it great we didn’t give up on him? Wouldn’t that be crazy? Sit him down, don’t let him play? BS to that.

“He’s a ballplayer and just thrilled he’s been able to answer the call and come back and be the stud that he is and I thought he played great tonight.”

Chris Carson has that reverse the field speed ⚡️ @ccarson_32

One reporter commented on how Carson seemed to get stronger as the game went on and Carroll went in depth about RBs and the one he apparently hand-picked ahead of the draft based on his film at OSU.

“That’s a common trait that’s been recognized for great years for runners,” Carroll said. “The more they run, the better they get. They get out of their head. They become more instinctive as the game goes and they create things that wouldn’t happen maybe earlier in the game or otherwise.

“I’ve just been in love with the way Chris runs forever, since we got our eyes first on him way back thinking the big 32 looks really sweet when he’s rumbling. He’s certainly doing exactly what you’re saying.”

But Carson’s biggest play of the night was this game-winning touchdown catch (that almost wasn’t), his one reception of the night. It’s his second TD catch of the season.

Chris Carson bobbles it… and it's caught for the go-ahead TD! @DangeRussWilson's fourth TD pass of the night gives the @Seahawks a one-point lead. #Seahawks

“I couldn’t see, ” Carson said of the bobble catch. “The lights in the stands were just so bright that I couldn’t see the ball coming my way. But, I was glad that I hauled it in for a touchdown.”

With the win, Carson and the Seahawks are now 4-1 and second in the NFC West.

Take a look at the best plays from Carson’s big night.