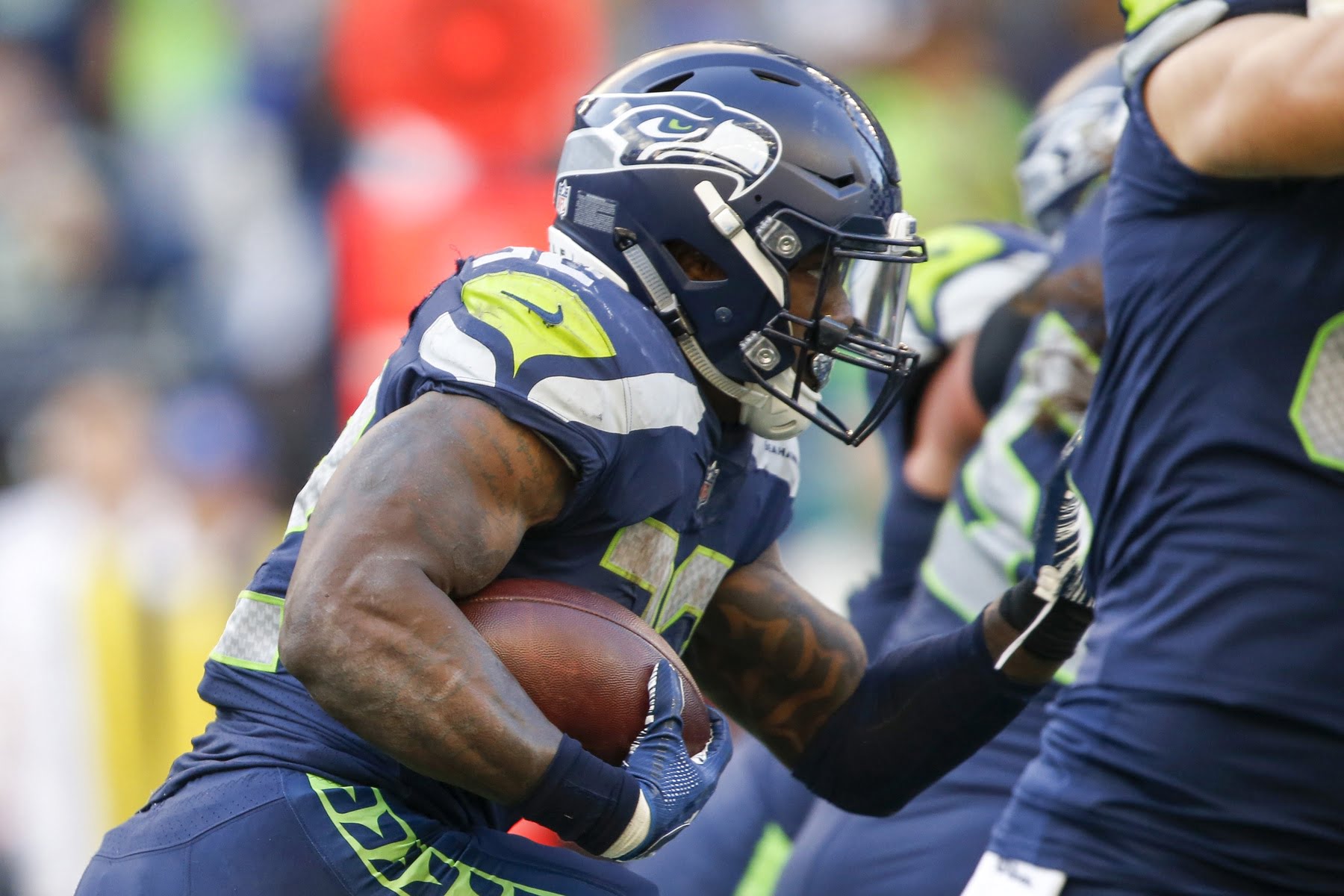 Just as I had coped with my decision to drop Chris Carson from my fantasy team, he went off and had a career game.

One week ago, the second-year back mysteriously disappeared from the Seahawks’ offensive gameplan in the second half of a loss to the Bears. Seattle head coach Pete Carroll strangely claimed that Carson was “gassed” due to his contributions on special teams.

On Sunday Carson had plenty of energy as he led the Seahawks to their first win of the season behind a career-high 103 yards on 32 (!) carries and this score.

TOUCHDOWN CHRIS CARSON! #Seahawks run inside zone out of shotgun. Good cut through by Carson and great blocks by DJ Fluker and Nick Vannett! #DALvsSEApic.twitter.com/evCfqgJEw0

Chris Carson, apparently not “gassed” from special teams, is running with authority. Looks great. 99 total yards, a TD and counting.

Even Carroll acknowledged the I told you so moment after drawing ire from Seahawks fans after benching his golden boy in Week 2.

Carson said it was the most carries he’s had since his time at Butler Community College (or earlier), and I can confirm. His career-most at OSU was his 21-attempt Cowboy debut at Central Michigan in 2015’s season opener.

He didn’t feel overworked after running over the Dallas Cowboys front during the 24-13 win.

“I feel good,” Carson said after the game. “Just to get a win at home, it feels amazing.

“I’ll probably feel more of it tomorrow morning. I’ll let you know about that. Right now, I feel pretty good.”

Well-versed in coach speak, Carson played coy when fielding questions about his spike in touches from Weeks 2 to 3.

Russell Wilson, who presented Carson with the game ball following his first triple-digit rushing performance, is happy to have another playmaker in the backfield.

“Chris Carson is a star,” said Wilson. “He can do everything and he had a great game tonight.

“He just gets stronger and stronger as the game goes along. First of all, I think it’s a tribute to the offensive line and how they did tonight and how they just continue to battle and battle. And with Chris staying the course and being as physical as he can be. He can really make things happen.”

It appears that Carson is back atop the hill of Seattle’s running back rotation. So, if he’s available, I suggest you put in  your waiver requests now.