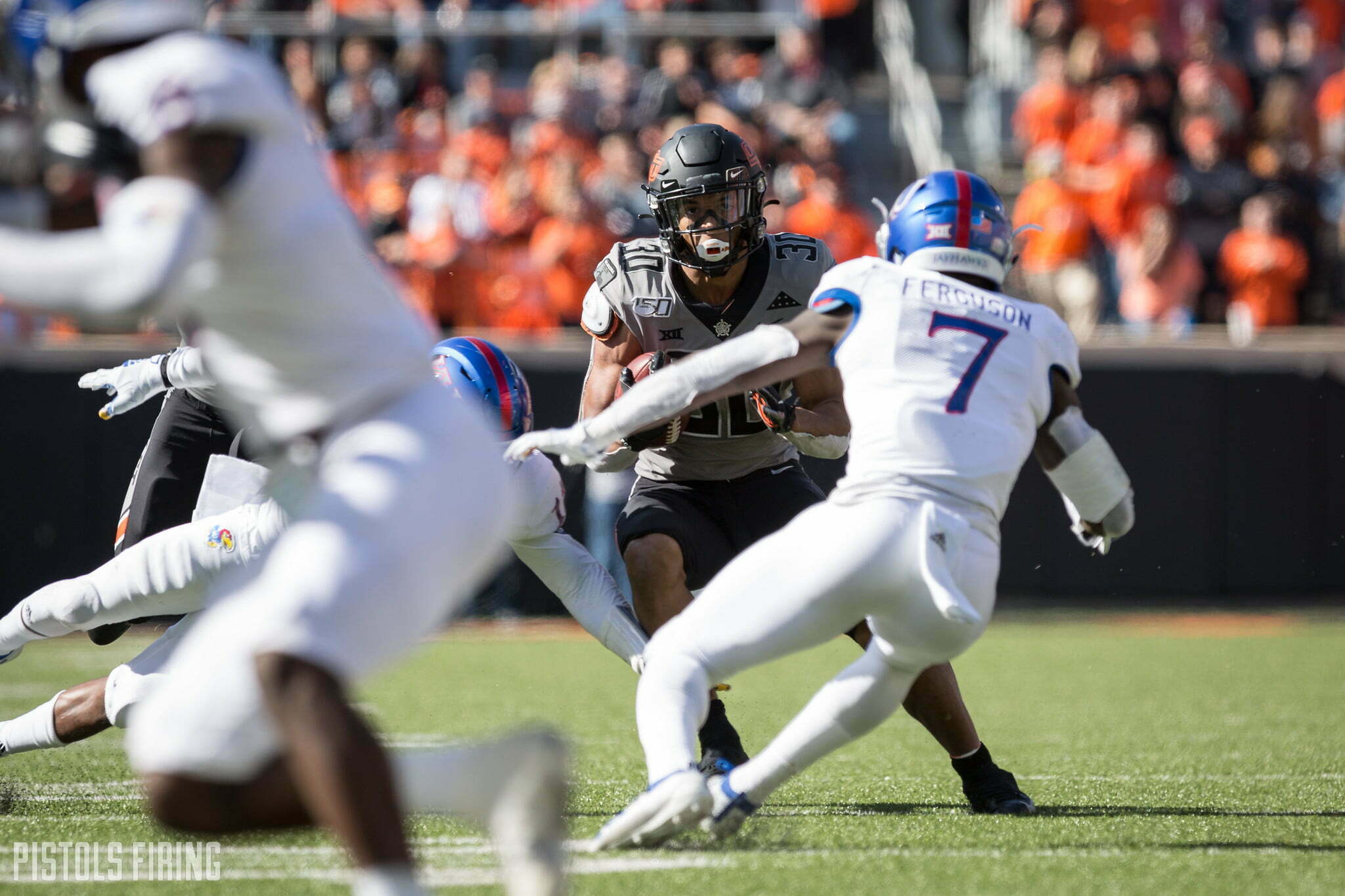 Clemson quarterback Trevor Lawrence and Ohio State quarterback Justin Fields — the two biggest stars in this sport — rallied the troops on Sunday, and Hubbard was part of a 13-player Zoom call in which players from Alabama, Clemson, Michigan, Oregon, Stanford and Oklahoma State got on the same page as it relates to COVID-19, this season and the future.

The players (including others besides Hubbard from OSU) want a season, but they also want universal health and safety procedures to protect against COVID-19 and — this is the big one — “ultimately a college football players association.”

The fascinating part about all of this is that it’s really the joining of two movements. The first is the #WeAreUnited Pac-12 movement from last week in which Pac-12 players came together to form a laundry list of things they want to see before moving forward into the season and into the rest of their careers. The second is the #WeWantToPlay movement that started picking up steam over the weekend in which players are voicing their desire for a season. The tie that binds is apparently a players association (i.e. a union).

A players union in college football is improbable, as is laid out in this series of tweets, but a nonprofit organization that represents players is not.

“What will likely emerge from this is not a union, but a non-union organization likely organized as a nonprofit,” said sports business writer Alicia Jessop. “As NCAA athletes begin securing their name, image and likeness rights and group licensing becomes a priority for them, the need for this will grow.”

There is a LOT going on here, and I’m not going to pretend to understand every detail. But it seems clear that all of this is headed where it has always been headed when billions of dollars are involved: toward a more equitable relationship between players and, well, everyone else. The pandemic has sped that up by creating a perfect storm for schools, their presidents and the NCAA.

The problem with the season taking place (and the reason you’re seeing this movement) is two-fold. The first is liability. It’s why to you and I and the players and pretty much everyone involved, just one single player getting COVID-19 and having some sort of long-term disability (or worse) sounds like a very small percentage (and it is). But with how high-stakes (and highly emotional) everything is right now, even being exposed to that level of liability if you are a school president or a group of regents is incredibly uncomfortable.

The second problem is related to the first. If you’re going to expose yourself, you need to have a more level playing field between the “employer” and the “employee” because you need to be able to enforce the rules of the game (i.e. keep players in a bubble like the NBA is doing). Because players are not paid, are not employees and have no representation, this is equally uncomfortable because you’re essentially disclosing that — by treating them differently than all your other students — they should be. You need to be able to treat them like pros to carry on with the season, but you can’t treat them like pros because that would unearth a whole other series of issues.

Power 5 AD just texted: “You and your colleagues are chasing the wrong story. The virus alone is enough to stop the season. But presidents are terrified of players organizing. It’s the paradigm shift to change amateur sports.” (1of2)

Colleges can’t keep athletes safe bc they can’t admit that amateurism is fake, which is what they’d have to do to put them in conference bubbles or something similar. I do not believe there is a single person involved in college football who earnestly believes in amateurism

It’s unlikely that any of this saves the season. I was on CBS Sports HQ this morning talking golf, and just before I came on Danny Kanell and Dennis Dodd were discussing the season. Both gave it a 10 percent chance of happening and said even that was probably pretty high.

So what’s going to be interesting here is to see whether this movement toward an association sticks in a post-COVID world in 2021 or 2022 or whenever that is. I suspect it will and that this summer is simply the beginning of the end of college sports (and more specifically, college football) as we’ve known it. That’s not necessarily a bad thing, but things are changing. We’ll look back on the summer of 2020 (and possibly the career of Chuba Hubbard) as one of the big reasons why.