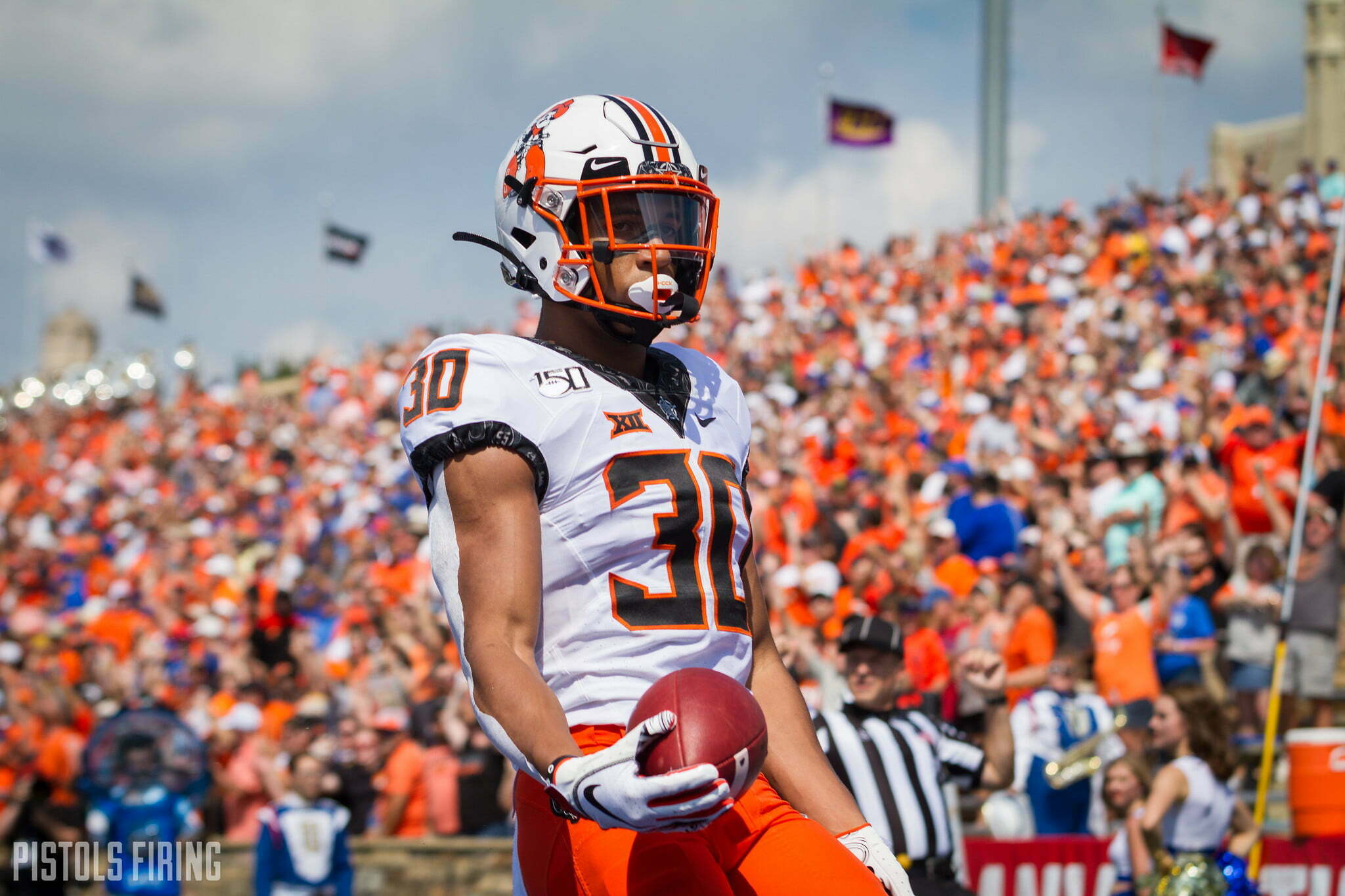 The one constant during Oklahoma State’s up-and-down performance in Tulsa was Chuba Hubbard.

After turning in a career game for the second time in three weeks, Hubbard was named the Big 12’s Offensive Player of the Week. It is his first time to earn that honor.

Chuba was the Cowboys’ offense in the first half, racking up 173 of his career-high 256 yards and two rushing scores before halftime. All three of his TDs came on big plays (75, 30 and 34 yards, respectively), but Chuba was all workhorse for the Cowboys, taking 32 of the team’s 37 handoffs himself. His three rushing TDs tied his career best for the second time.

Heading into Week 4, Chuba is the nations’s leader in rushing yards (521), is T-1st in rushing TDs (7), and he’s already earned some way-too-early darkhorse Heisman hype nationally.

Chuba is the first Cowboy to win conference Player of the Week honors this season and is the first OSU running back to do so since Desmond Roland’s career 219-yard, four-TD game against Iowa State in 2013.