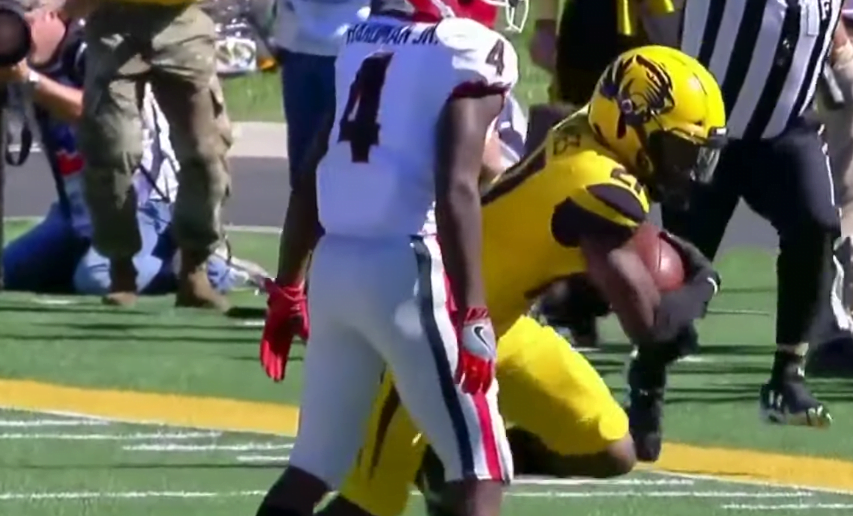 Former Missouri cornerback Christian Holmes entered the transfer portal just over a week ago, but he might have already found a new home.

According to Pulitzer-worthy reporter, Chuba Hubbard, Holmes has committed to OSU after his visit to Stillwater over the weekend. Hubbard sent this out via Instagram, encouraging Cowboy fans to welcome Holmes to the family.

A source told Pistols Firing that Holmes has committed, and he is immediately eligible following his stint in Columbia.

Holmes was a three-year player at Mizzou who got legit playing time in each of the last two seasons. Here’s what the Missourian said about him.

Redshirt junior Christian Holmes was expected to compete for one of the Tigers’ starting cornerback spots for the 2020 season. But that changed Thursday when Missouri confirmed that Holmes had entered the NCAA transfer portal.

Holmes featured in every game for the Tigers in the last two seasons. In 2018, he had two interceptions and 14 passes defended. Holmes split time with Jarvis Ware in 2019 which saw his numbers go down as he recorded zero interceptions and just four pass breakups. [Missourian]

He could provide some nice depth with A.J. Green leaving and only one starter, Rodarius Williams, left on the roster. There’s been some chatter about Thomas Harper potentially filling Green’s slot, but Holmes will no doubt help out if he ends up at OSU.

Here’s a look at his highlights (including a few from the 2018 Liberty Bowl against Oklahoma State). This puts OSU at 23 recruits for the class of 2020, including three transfers in Collin Clay (Arkansas), Josh Sills (WVU) and Holmes. All three of them could be eligible immediately for the 2020 season.