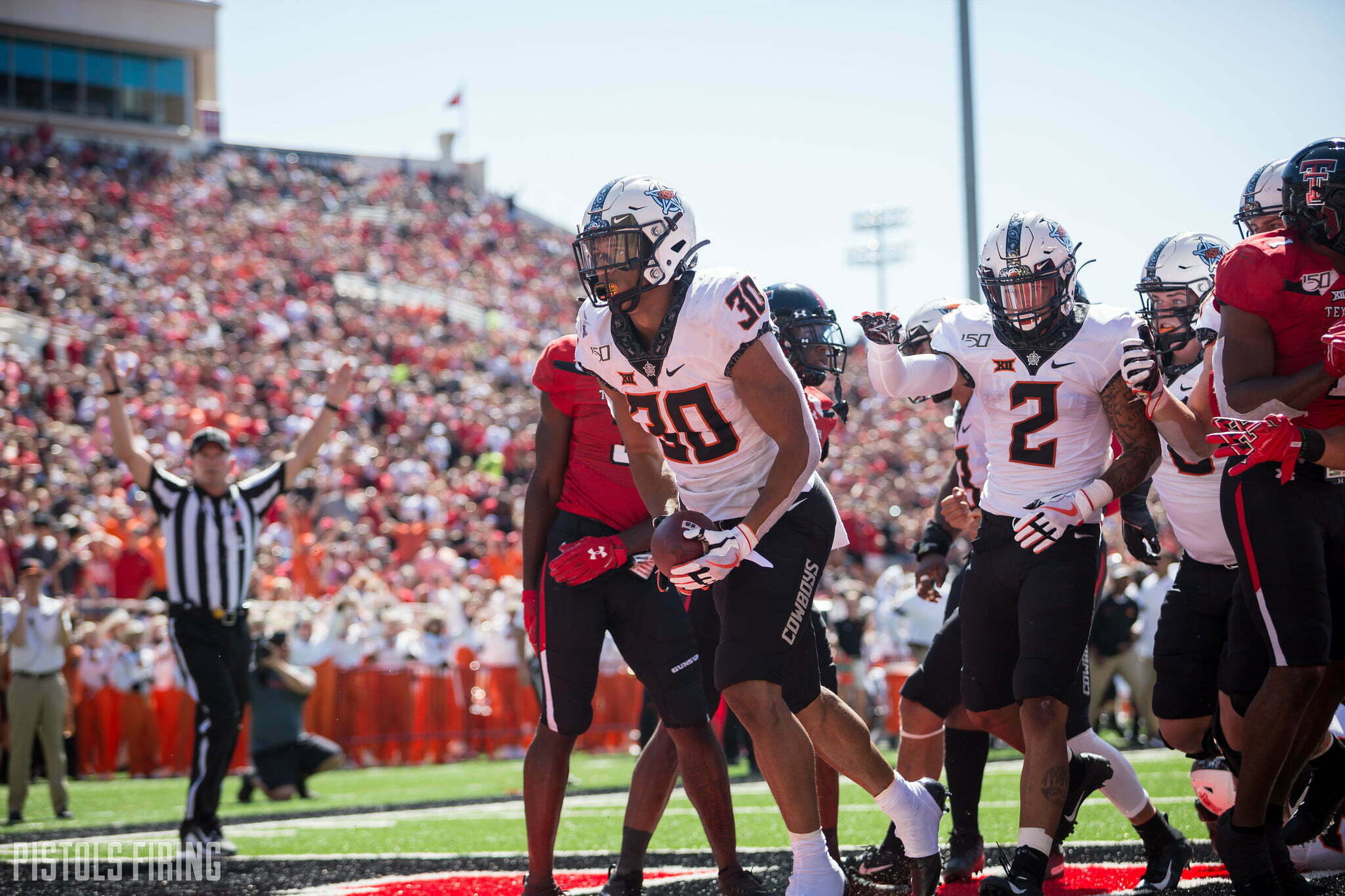 While Oklahoma State may have a loss or two more than you expected through six games, a pair of Cowboys have been nothing short of spectacular, with one of them putting up historic numbers.

Chuba Hubbard had the week off but still remained the nation’s leading rusher by 268 yards (!). Oklahoma State even fired up the No. 30 for Heisman campaign. Tylan Wallace is somehow quietly on pace with his 2018 season that saw him finish second in Biletnikoff voting.

So it’s no surprise that both Chuba and Tylan appeared on several Midseason All-American lists. Here’s a rundown of several publications and where they mentioned OSU’s two best playmakers.

A 2018 Biletnikoff Award finalist, Wallace has picked up where he left off, catching 39 passes for 703 yards and seven touchdowns. He has 13 catches of at least 20 yards and averages 18 yards per reception. [The Athletic]

Even with a week off in Week 7, Hubbard still possesses a 278-yard advantage over the next closest running back in terms of total rushing yards. He’s gained 1,094 on 163 carries, averaging a ridiculous 6.7 yards per carry and has run national-best 26 carries of 10 or more yards. He’s got great vision and great burst through the holes as he’s dealing with inferior run-blocking in front of him than the likes of fellow First-Team RB in Taylor. [PFF]

Tylan earned first-team honors from The Sporting News and ESPN in 2018 and was a second-teamer according to Walter Camp, AP, Sports Illustrated and USA Today. Chuba would be the first OSU running back to earn All-American status since Kendall Hunter in 2010.