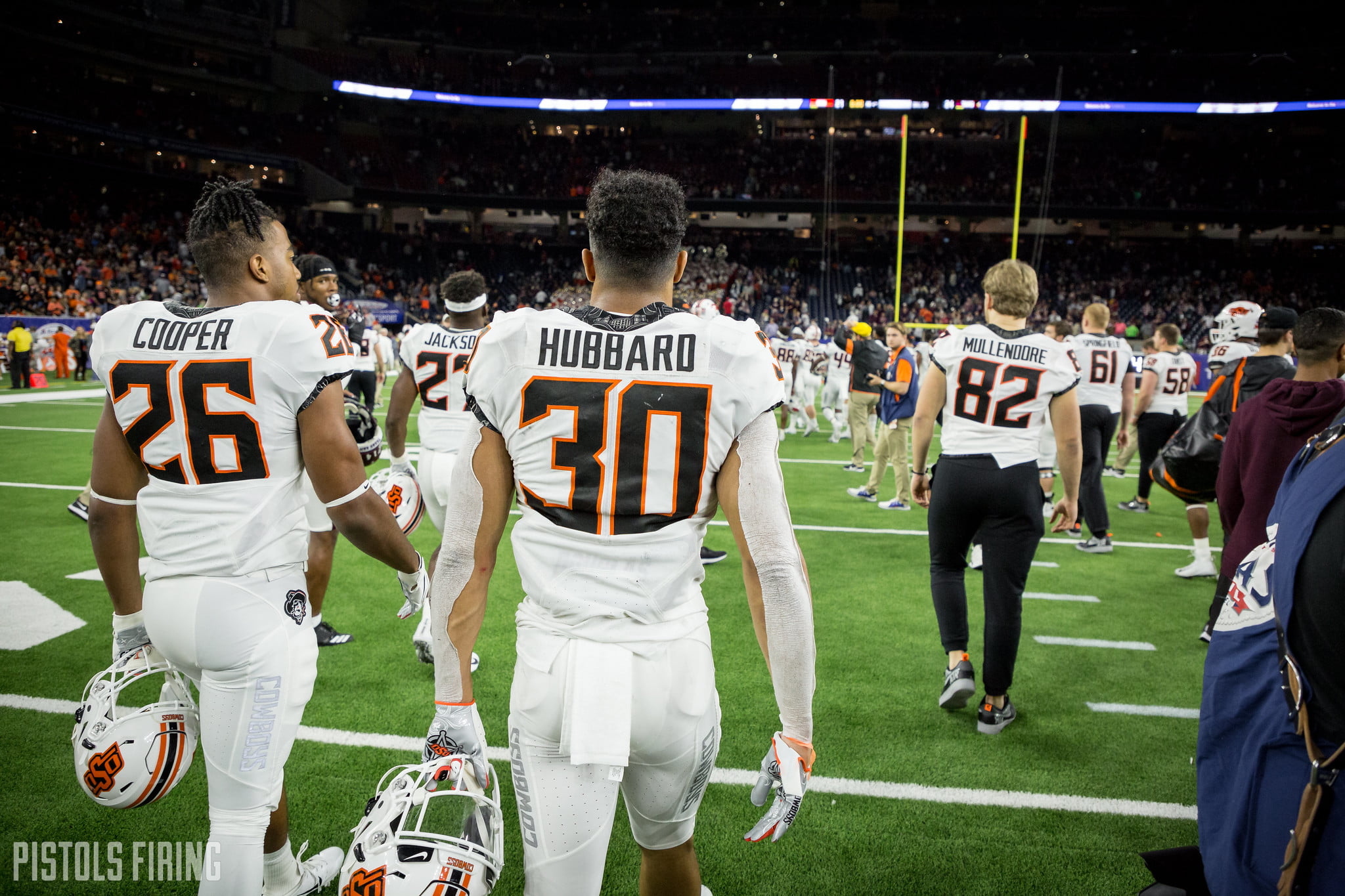 On Tuesday afternoon, it was back online — and Hubbard was tweeting again. In his message, he announced his mentions had become a “playground for hate” and that was he taking a break from social media.

Peace be with you all ? pic.twitter.com/u5leqHVfao

Hubbard’s stance comes a day after he sent a trio of tweets using the hashtags #PraterMustResign, #DropAllCharges, #OKC and #DefundThePolice, in which he accused Prater of “abusing his power as an elected official to charge demonstrators exercising the First Amendment with terrorism and ONE MILLION dollar bail.”

“This is unacceptable,” Hubbard added.

His third and final tweet of the series,  which was captured via screengrab below, called for five specific actions from Prater: 1. Drop all charges against demonstrators, 2. End qualified immunity, 3. Re-open Isaiah Lewis case, 4. End cash bail and 5. Resign (aimed at Prater.)

For more context, #okstate’s Hubbard had a lot of attention today on here after these tweets, which, for whatever reason, is most likely the cause behind this situation: https://t.co/FPRiUiad1H pic.twitter.com/jsflWQMkjY

Hubbard’s stand was met with praise by some but was also met with a round batch of criticism by others on social media, some of whom disgustingly called for Hubbard, a Canada native, to be “deported.” As a result, Hubbard said Tuesday he will not be using social media until further notice.

“That’s the last thing I ever wanted to happen,” said Hubbard referencing how his mentions had become nothing but hate. “All I’ve done is voice my opinion on issues that I feel are not ethical!”

It’s not the first time Hubbard, a preseason Heisman contender with a massive platform on social media, has used his reach to call for action. Last month, Hubbard threatened to boycott the OSU program after his coach, Mike Gundy, was seen wearing a One America News Network (OAN) T-shirt.

“This is completely insensitive to everything going on in society, and it’s unacceptable,” said Hubbard of the shirt and the circumstances. “I will not be doing anything with Oklahoma State until things CHANGE.”

Hubbard’s teammates quickly came to his side and threatened to revolt with him before the OSU administration intervened. What followed was multiple apologies from Gundy, an internal probe that found Gundy to be distant, and a promise from Gundy to be more connected with his players.