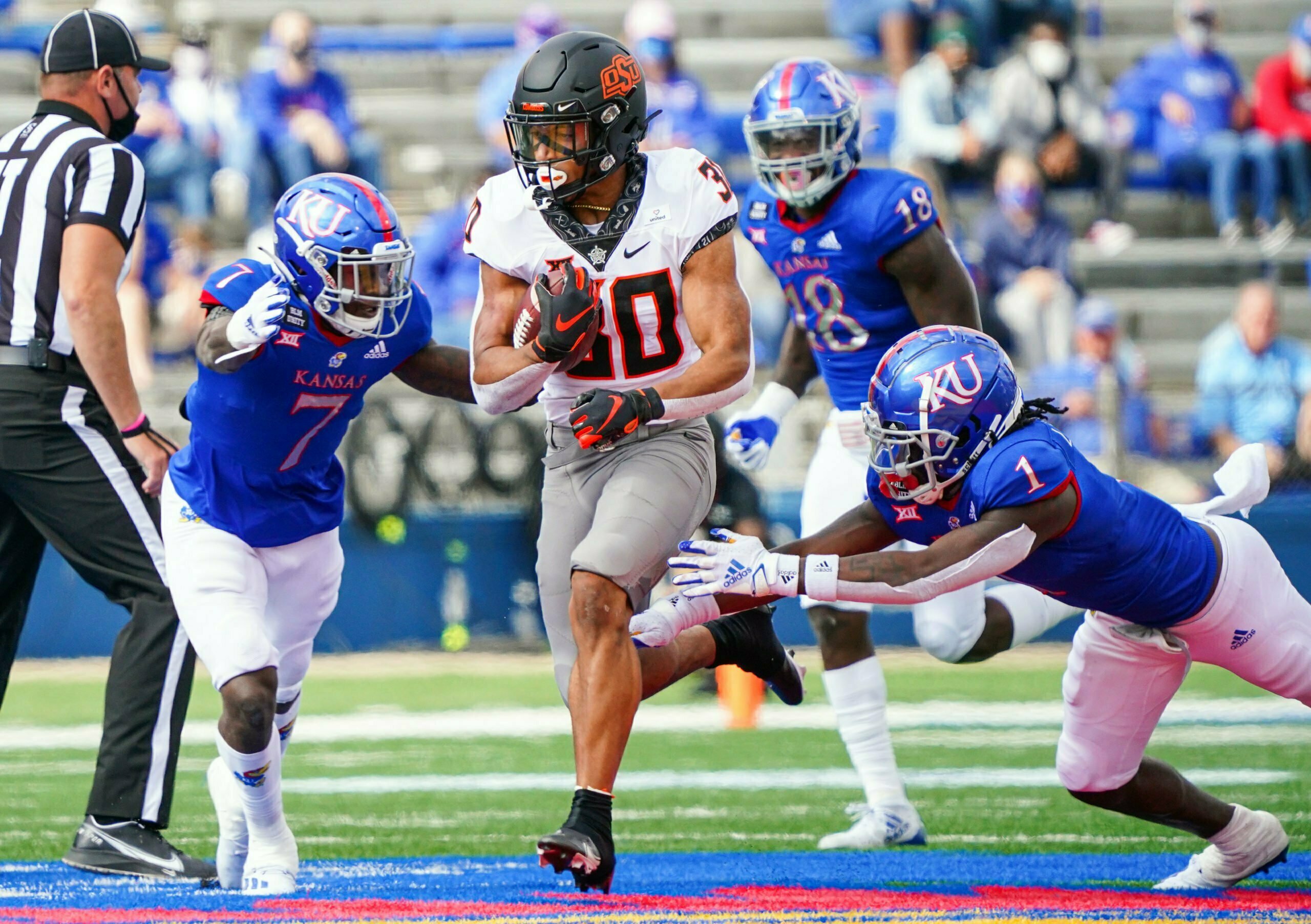 Through three games, the 2020 Cowboys are setting themselves up to being compared with the 2011 Pokes.

Oklahoma State still has a long way to go to compete with its last Big 12 champion, but OSU’s 2020 running back surpassed the Cowboys’ featured back from 2011 on Saturday. In the Cowboys’ 47-7 victory against Kansas, Chuba Hubbard moved to ninth on OSU’s career rushing list ahead of Joseph Randle.

Hubbard is also two rushing scores away from being in a three-way with Tatum Bell and Jeremy Smith for sixth on OSU’s career rushing touchdown list. Hubbard has already broken his tie with Bob Fenimore and surpassed his predecessor Justice Hill on that list.

Hubbard has ran for 1.3 touchdowns a game in OSU’s opening three, putting him on pace to finish OSU’s 10-game regular season with about 43 career scores.

Saturday was Hubbard’s 17th 100-yard performance, all of those outings have come in OSU’s past 20 games.

Hubbard didn’t move any in OSU’s career yards per game list, but his performance did bump his average up a yard from last week.