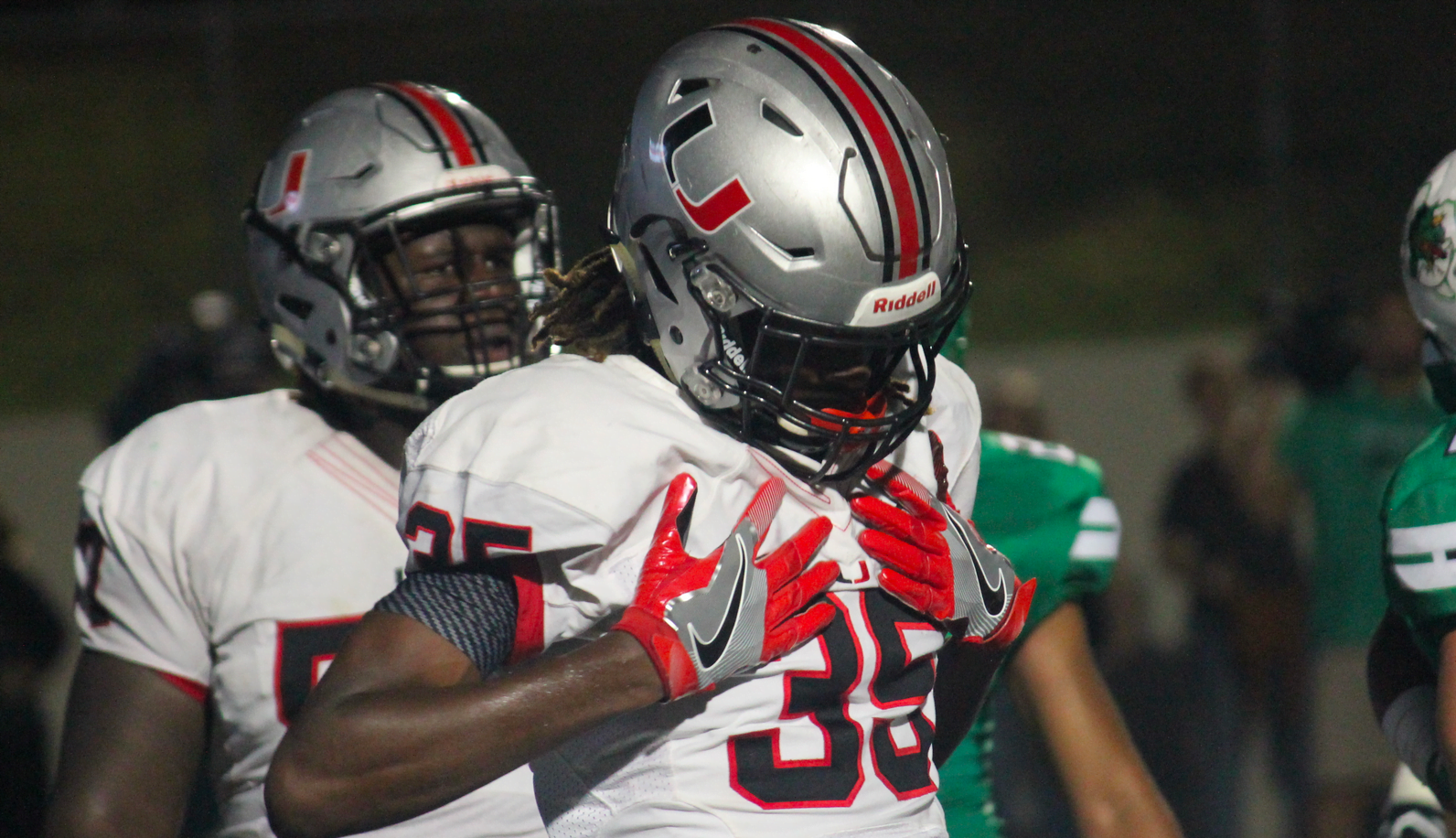 The Reload is PFB’s recruiting recap, catching you up to speed with all the latest Oklahoma State news and recruiting information with an ear to the ground for what to expect in the future.

Four-star Union wide receiver CJ Moore dropped his list of top six schools on Tuesday, announcing that the Cowboys have made his list along with some heavyweight programs including Ohio State.

Moore, a relative of former OSU wide receiver Tracy Moore, and by extension former OSU signee Tramonda Moore, has a long history of Oklahoma State ties. OSU is battling some big names for his commitment, and keeping him in the state is Kasey Dunn’s top priority for the 2018 class. Moore is a once-in-a-decade receiver who happens to be homegrown. At 6-foot-5 with production to boot, he’ll be a name to continue to monitor as the spring and summer evolve.

Teammate to CJ Moore, Patrick Fields, committed to the Oklahoma Sooners over the weekend. The versatile linebacker/safety from Union picked OU over offers from TCU, Notre Dame, OSU, and others.

Despite an offer from the Cowboys, they were never really in the mix for his service — due in large part to his strong OU lean. The moment the Sooners offered (they were his third Division I offer), he was basically all in, from what I’ve been told. His recruitment past that point was little more than a formality. He’s a homegrown Sooner.

Filed under: “This might be a longshot but ¯\_(ツ)_/¯” files, Oklahoma State has extended an offer to junior running back prospect Asa Martin. Martin is a four-star recruit with 20 Division I offers including Ole Miss, Michigan, OU, and others.

Martin made a recent visit to Norman on an unofficial basis all the way from Decatur, Alabama, but it is believed that he didn’t stop by Stillwater on his way, for what it’s worth. But with John Wozniak at the helm and his recent stay at Southern Miss, this might not be totally off the wall — Martin is being heavily recruited in the Southwest region and it’s likely a connection was made prior to his arrival in Stillwater.

If you’re fishing for talent in Texas, Manvel isn’t a bad place to start. The school has been a talent factory, but Oklahoma State hasn’t been able to make in roads to the talent-rich school. That isn’t stopping them from trying, as they offered three-star cornerback Trent Gordon this week:

With offers from 30 schools including UCLA, Cal, OU, LSU, Michigan and others, this will be a tough recruitment. Trying to make up ground this *late* in the process will be a tall task, but Gordon is one that’s at least worth giving it a shot for.

Josh Henson looking ahead to 2019 with offer to Texas OL

New offensive line coach Josh Henson extended an offer to 2019 offensive tackle Vick Curne — a 6-foot-5 prospect from Second Baptist, Texas. Curne is a relative unknown but his frame and 300 pound body suggests he won’t be for long.

Can you tell Henson’s been busy? The best part is that he’s unearthing talent within the Oklahoma border that he likes. He offered OKC area offensive lineman Owen Condon earlier this week, and he also offered Bixby offensive guard Bryce Bray — former teammate of OSU defensive tackle signee Brendon Evers.

Bray’s a three-star recruit and a 6-foot-5 inside lineman. He was named the Dallas Opening lineman MVP this past weekend, and tested through the roof in drills. He’s got versatility to play guard and tackle and he plays physical with a mean streak. Sign. Me. Up.