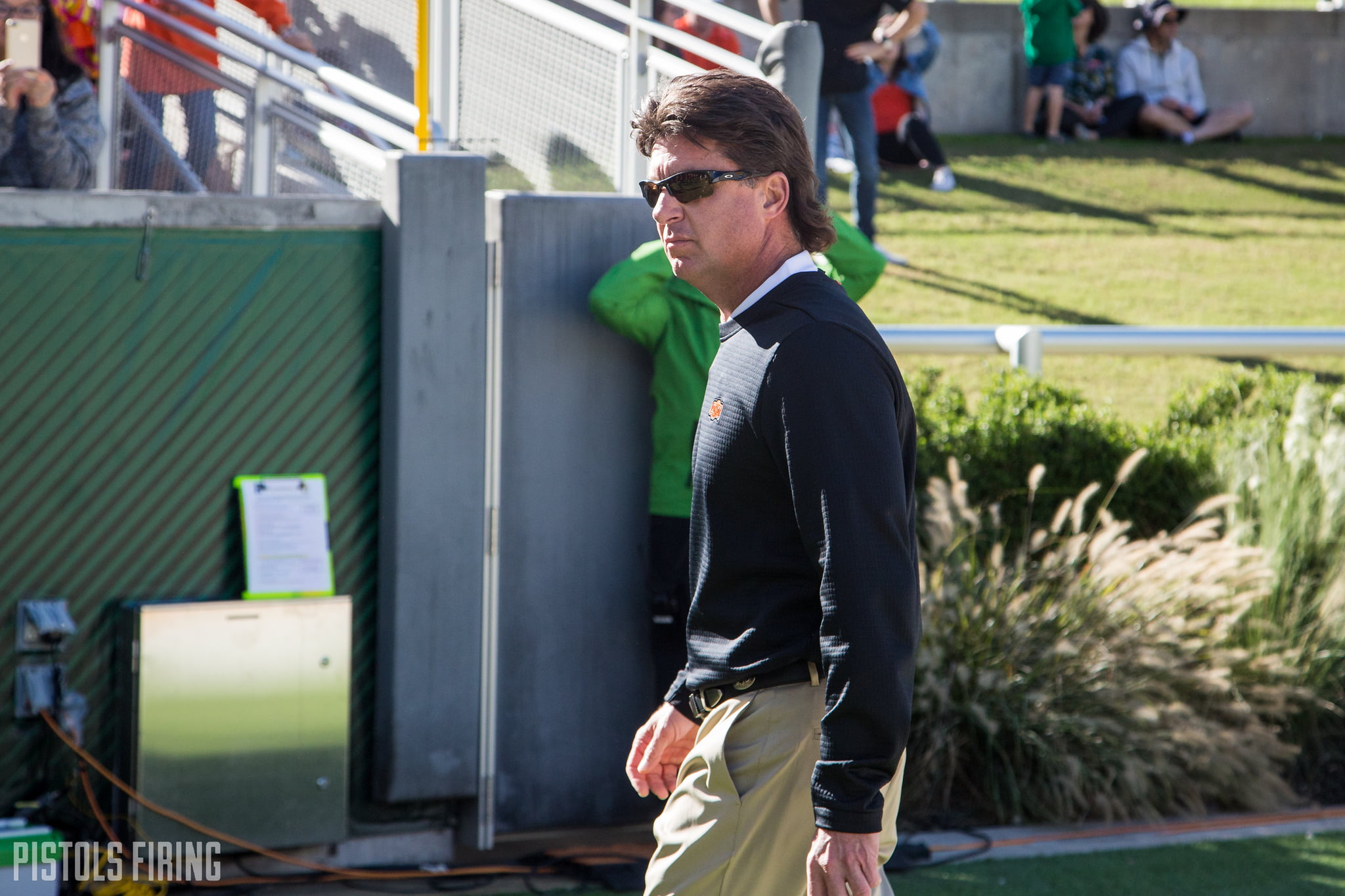 And the heart of the 2022 class could be even better.

According to 247Sports’ Composite rankings, five in-state Class of 2022 recruits are currently ranked inside the top 200 national rankings. Compared to the 2021 class, where only three are in the top 200, it looks like a gold mine for talent — and an opportunity for OSU to capitalize.

Can OSU out-recruit OU? That’s probably the big obstacle that may keep OSU’s 2022 class from being a great one. But there’s both incredible star power and depth in the class that OSU could get in on to build its 2022 class.

Here’s a look at the seven in the state I’m most fascinated by.

Dax Hill was as highly touted as any in-state recruit in recent memory, and he was ranked as the No. 14 overall player in his respective class. Gentry Williams, who also hails from Booker T. Washington, currently ranks ninth in his class, for perspective.

Oklahoma State was his first offer a year ago, in April 2019. Since then, though, OU, Michigan, Arkansas and a handful of others have joined the mix. OU is considered the favorite.

Williams is a two-sport athlete who also runs track, and he plays QB and CB for Booker T. Washington.

Oklahoma State was Shettron’s first offer last May, and he’s visited on numerous occasions since. He’s got a good frame, great ball skills and an offer sheet that’s more than two-dozen deep.

Among those vying for his service are Florida State, Arkansas, Baylor, OU, Iowa State and Kansas.

Sexton apparently grew up a Texas fan but industry insiders think he’s a heavy OU lean. Nonetheless, OSU is in the mix after becoming his second Big 12 offer last fall, behind Kansas.

OSU missed on four-star Broken Arrow cornerback Myles Slusher in the 2020 class — he eventually signed with Arkansas — but it could come back and land his former teammate in Maurion Horn. Horn already has 11 scholarship offers, and OSU was (unsurprisingly) one of the first on his list. (He’s a dual-sport athlete, so naturally …) He hasn’t visited OSU yet but likely will when restrictions from the pandemic are lifted.

Oklahoma State offered earlier this year after he made an unofficial visit to campus, and I expect it will be in a good spot when he decides because of the early jump. He has two dozen offers and continues to rake in interest across the country, but the Mustang standout will have plenty of options to stay close to home.

Carson May hasn’t become a household name just yet, but the 6-foot-5 quarterback from Jones should definitely be on the radar because of his size and big arm. Last season he tossed for 2,317 yards and 22 touchdowns while rushing for 250 yards as Jones went 10-2. OSU hasn’t offered, but he could be a potential secondary target if OSU’s pursuit of Garrett Rangel doesn’t work out.

Very much here for the Presley and Presley show in Stillwater. Braylin’s brother, Brennan, is going to be a freshman this season, and he’s a special talent. So getting the younger Presley on campus could be an easy recruiting pitch. Braylin is a speedster with good skills who, like his brother, can catch passes and tote the rock. No OSU offer yet, but Memphis is already on board and OSU could soon follow.