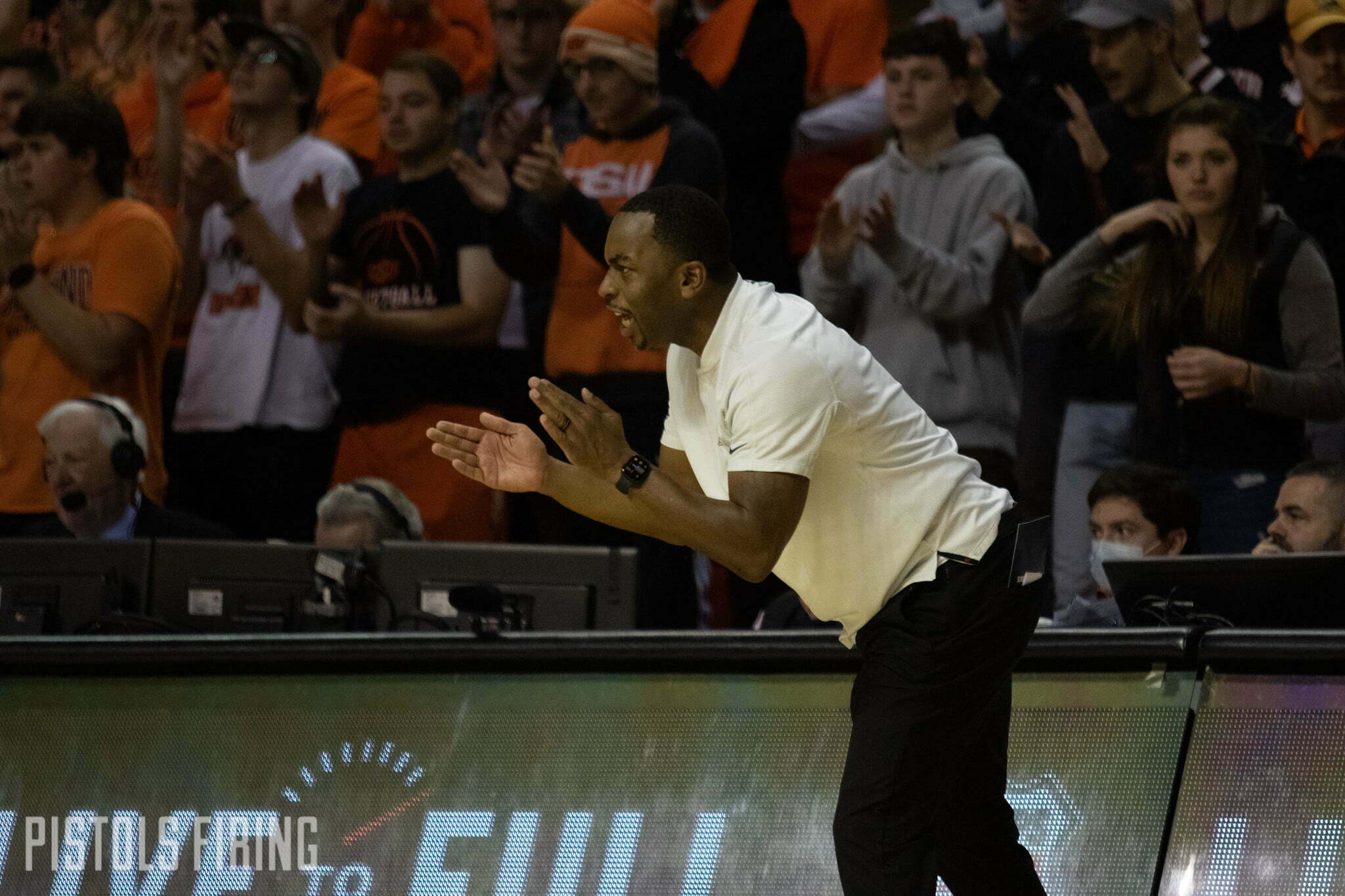 As Mike Boynton’s search for a 3-point shooting point guard continues, the Cowboys are reportedly set to host a potential candidate.

Al-Amir Dawes is making a round of visits after entering the transfer portal from Clemson, and that will include a trip to Stillwater, according to Adam Zagoria. Dawes visited Georgia late last week and Seton Hall earlier this week.

A 6-foot-2 guard originally out of Newark, New Jersey, Dawes played in 88 games for Clemson across the past three seasons. He made 25 starts for the Tigers this past season where he averaged 11.3 points, 2.8 rebounds and 2.3 assists a game while shooting 40% from 3 on 211 attempts.

Dawes hit at least three 3-pointers in 15 games as a junior, including a pair of games with six 3-point makes.

A member of the 2019 recruiting class, Dawes was a four-star prospect ranked 108th nationally. He chose Clemson over offers from Seton Hall, Providence, UConn, St. John’s and others.

The Cowboys have three scholarships to give this offseason, but NCAA sanctions could mean the Cowboys don’t use their full allotment in 2022-23.

After this past season, Boynton said he is after a facilitator and more 3-point shooting. That has been consistent with the players he has reportedly reached out to in the transfer portal. Zagoria also reported Monday that OSU is among the schools still recruiting Texas transfer Courtney Ramey consistently.