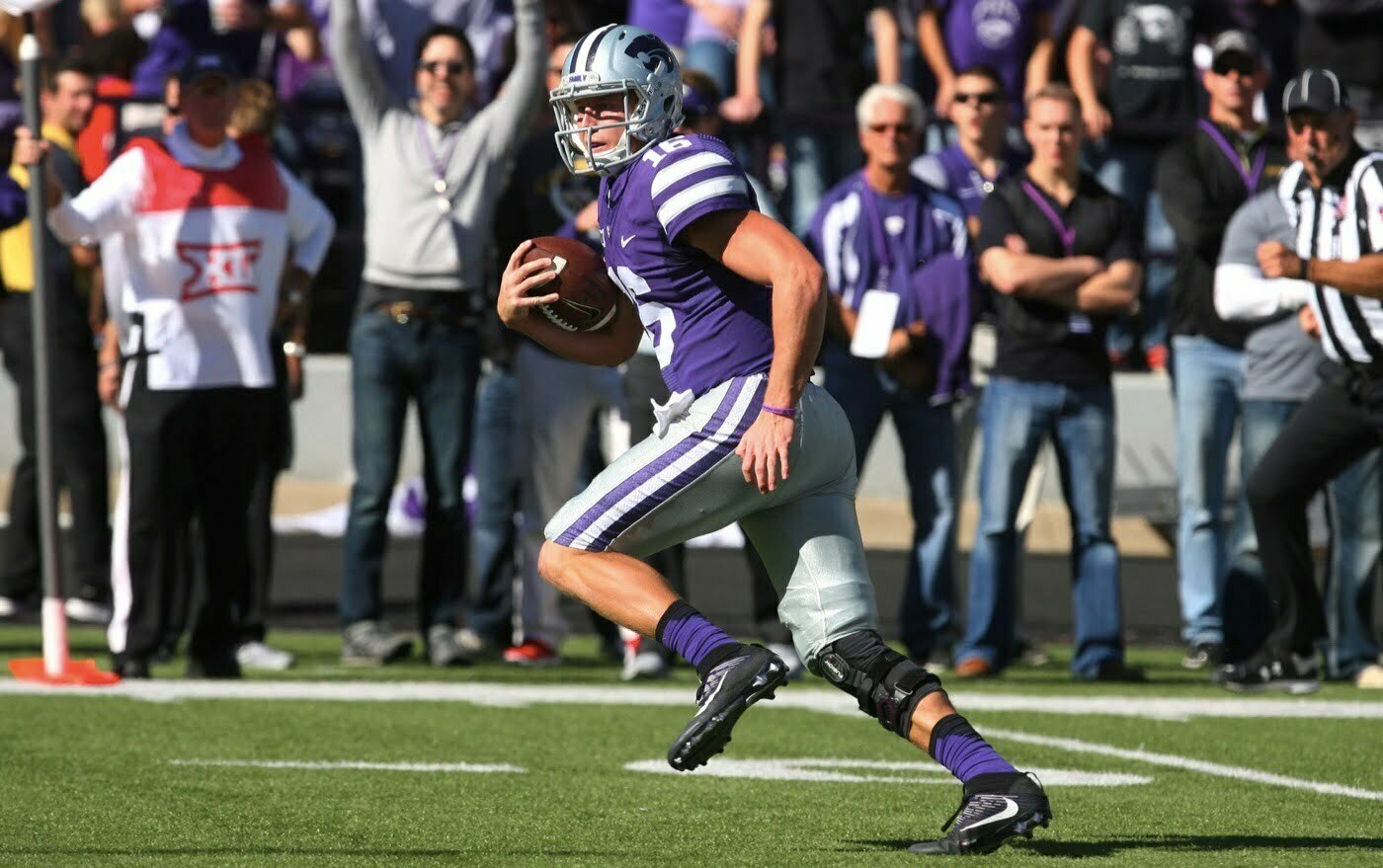 The Pokes head to the Little Apple this weekend for a 2:30pm date with the 5-2 (3-2 in Big 12) Kansas State Wildcats. A daunting statistic about playing at Kansas State: the last two quarterbacks from OSU who were able to win in Manhattan? Brandon Weeden (2010) and Mike Gundy (1988).

It’s an overused statement in college football, but going into Bill Snyder Family Stadium and coming out with a W is a hard thing to do. While that might be true, this Cowboy team is loaded for bear averaging 40.6 points per game and forcing 2.4 turnovers per game, top 5 in the country.

The 2016 Wildcats look like a Bill Snyder coached team: they don’t beat themselves (only given up three fumbles and four interceptions, top 10 in FBS), display sound football fundamentals and aren’t super talented but they have players that know the system. They have one of the best run defenses in the country and lead the conference in time of possession.

Speaking of time of possession, something else intriguing about this team that you may not notice is how long they wait to snap the ball on offense. Coach Gundy estimates that the number of times they snap the ball with two seconds or less is four times the number of most teams in this league.

There’s a comprehensive plan in place, from when they snap the ball to leaning heavily on the run and shorter throws the lead to long, methodical, time of possession hogging drives.

The crowd at Bill Snyder Family Stadium tends to be a lively bunch, the Wabash Cannonball is quite a spectacle, and Coach Snyder is creeping toward his 200th win (currently at 198). The Cowboys will be the first ranked foe welcomed into the unfriendly confines of Snyder Family Stadium and a really exciting, close football game could be in store.

The Wildcat offense at first glance looks like your typical Big 12 spread, but quickly unveils itself as a Big 10 style offense. Perennially putting out the all-conference fullback seems like a K-State tradition (most recently with sophomore Winston Dimel), they love to grind out those long, timely 80+ yard, 15-play drives that just suck all of the wind out of the opponent’s sails.

Dana Dimel and Del Miller are co-offensive coordinators for the eighth straight year and little has changed this year. While you don’t necessarily think of prolific offenses in Manhattan, last year’s 29.9 points per game average was the first time since 2009 they haven’t averaged over 30 points per game.

They’re not one of the more explosive offenses, but they consistently deliver a steady diet of first downs with a solid rushing attack and play action centered game plan. To top things off, if K-State gets into the red zone, they’re getting points as they lead college football in red zone conversions (97.4 percent).

Junior Jesse Ertz is a 6’3”, 212-pound dual-threat quarterback that loves to tuck it and run. Freshman Alex Delton will bring fresh legs and spell Ertz at times, generally for a strong dose of running the ball.

As is tradition, they run Ertz a ton: the Wildcats’ quarterback usually ends up getting close to leading the team in rushing attempts. He’s been a fairly inconsistent passer at times, he’s said to have some lingering shoulder issues from the OU game on October 15th. A majority of throws he makes are hitches and slants as the Cats don’t go downfield a ton as it doesn’t really fit the QB or the game plan.

Ertz spreads the ball around and has a few solid options, both out wide and out of the backfield. Speedy sophomore Dominque Heath is the sure-handed, leading receiver with 358 yards on the season.

Heath is great out of the slot and been really consistent lately with at least seven receptions over the last three games.

You could liken senior receiver Deonte Burton to our Jhajuan Seales, a really talented senior that struggled with drops early on but is coming into his own (72 yards and a touchdown against Iowa State).

The X-factor at receiver is junior college transfer Byron Pringle, a 6’2”, 205 pound deep threat that has taken some time to learn the offense, but stretches the field averaging 14 yards per catch.

The last thing about the K-State passing game is how they lull you in the midst of the grinding running game, then either sneak up to the line for a Tebow-like pop pass or slip the play action pass to fullback Winston Dimel.

The running back committee is headed by 5’10”, 208 pound senior Charles Jones who has 439 yards on the year. A threat to catch some balls out of the backfield, Jones has hauled in 31 catches during his time in Manhattan.

He’s backed by Tulsa Union alum Justin Silmon who has really looked like the more explosive back as of late. Silmon looked great against Iowa State in the first half, averaging 6 yards per carry but may be banged up as he left at halftime and didn’t return. Freshman Alex Barnes is a pretty dynamic third teamer and will likely see the field against the Cowboys.

The goal line threat is the bruising 6’1”, 235 pound fullback Winston Dimel who leads the team with seven rushing touchdowns.

The offensive line was overhauled as they lost four of five starters from last year. Returning starter Dalton Risner was All-Big 12 preseason and mans the right tackle spot while senior Terrale Johnson was given honors pre-season as well and mans the right guard spot.

Snyder has a way of making it all work and you’re going to want to watch that right side of the line on running plays. ProFootballFocus recently ranked them the No. 3 line in college football.

They’ve come a long way since allowing eight sacks against Stanford and it’s safe to say this was a reload more than a rebuild.