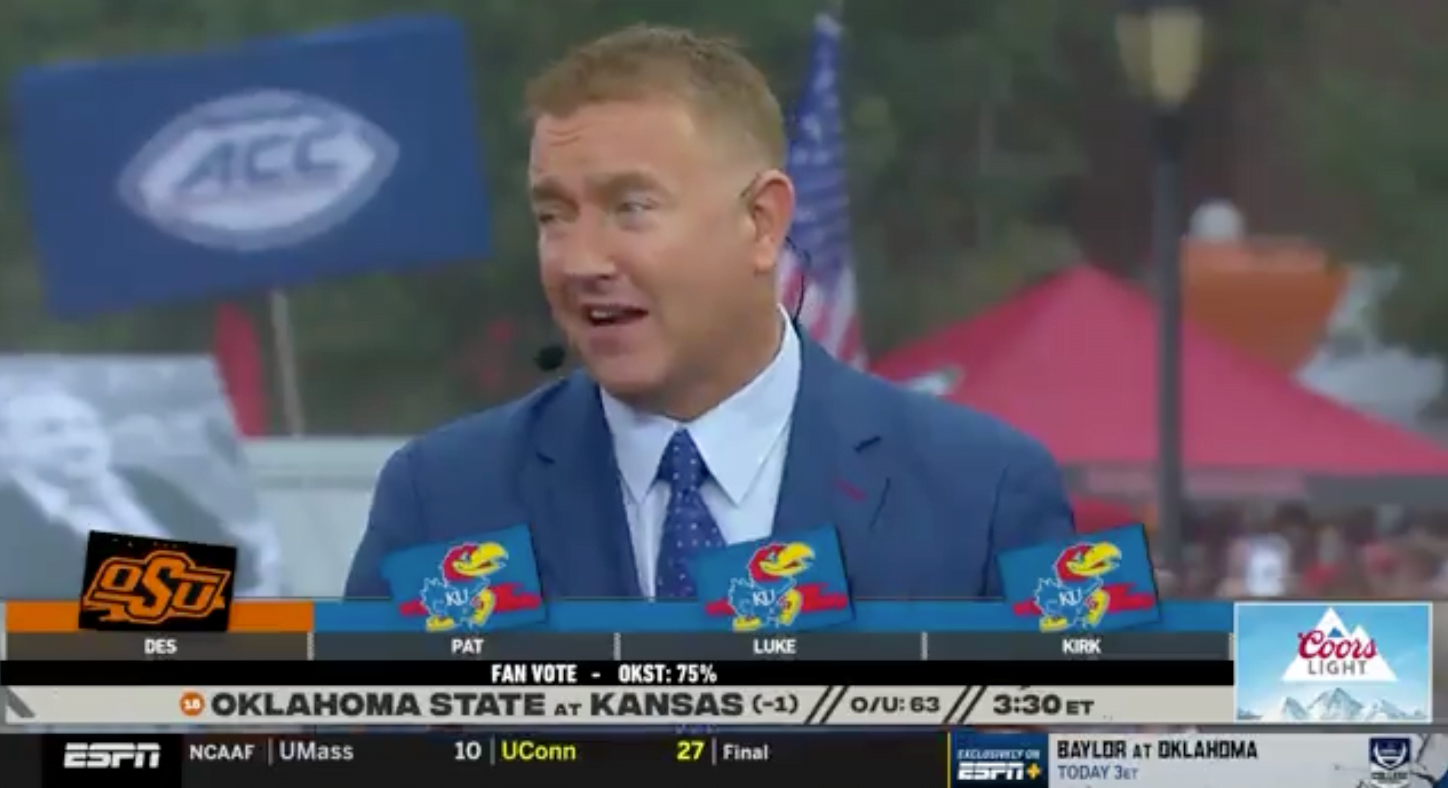 The College Gameday crew on ESPN might as well have put on Jayhawks outfits and bok-boked around set like birds Saturday morning. Four of the five panelists on set picked Kansas, not Oklahoma State, in its gameday predictions ahead of OSU-KU at 2:30 this afternoon. Only Desmond Howard picked the Pokes, though he predicted it would be a close one.

“I think Oklahoma State is going to win a close one,” said Howard. “Low-scoring game, defensive struggle. I have Oklahoma State pulling it out at the end.”

Pat McAfee said it was tough for him to pick a team that lost 48-0 a week ago in siding with Kansas. Luke Bryan said there was “no bouncing back” from the atrocity that was the K-State loss. And Kirk Herbstreit picked Kansas while seemingly revealing live on air that Gunnar Gundy would start at QB with Spencer Sanders ailing.

He added that “[Gunnar] Gundy is starting, but we’ll see if Spencer Sanders comes in…”

Birdies chirping around the program leading up to the 2:30 p.m. kick have indicated to PFB that Sanders isn’t likely to start Saturday in Lawrence, but it’s unclear if Gundy or freshman QB Garret Rangel would see first reps, even though Gundy was presumed to be the clear No. 2 on the depth chart. Sanders was limited in practice this week after leaving the Kansas State game early with a shoulder injury and his status as of now remains very much up in the air.