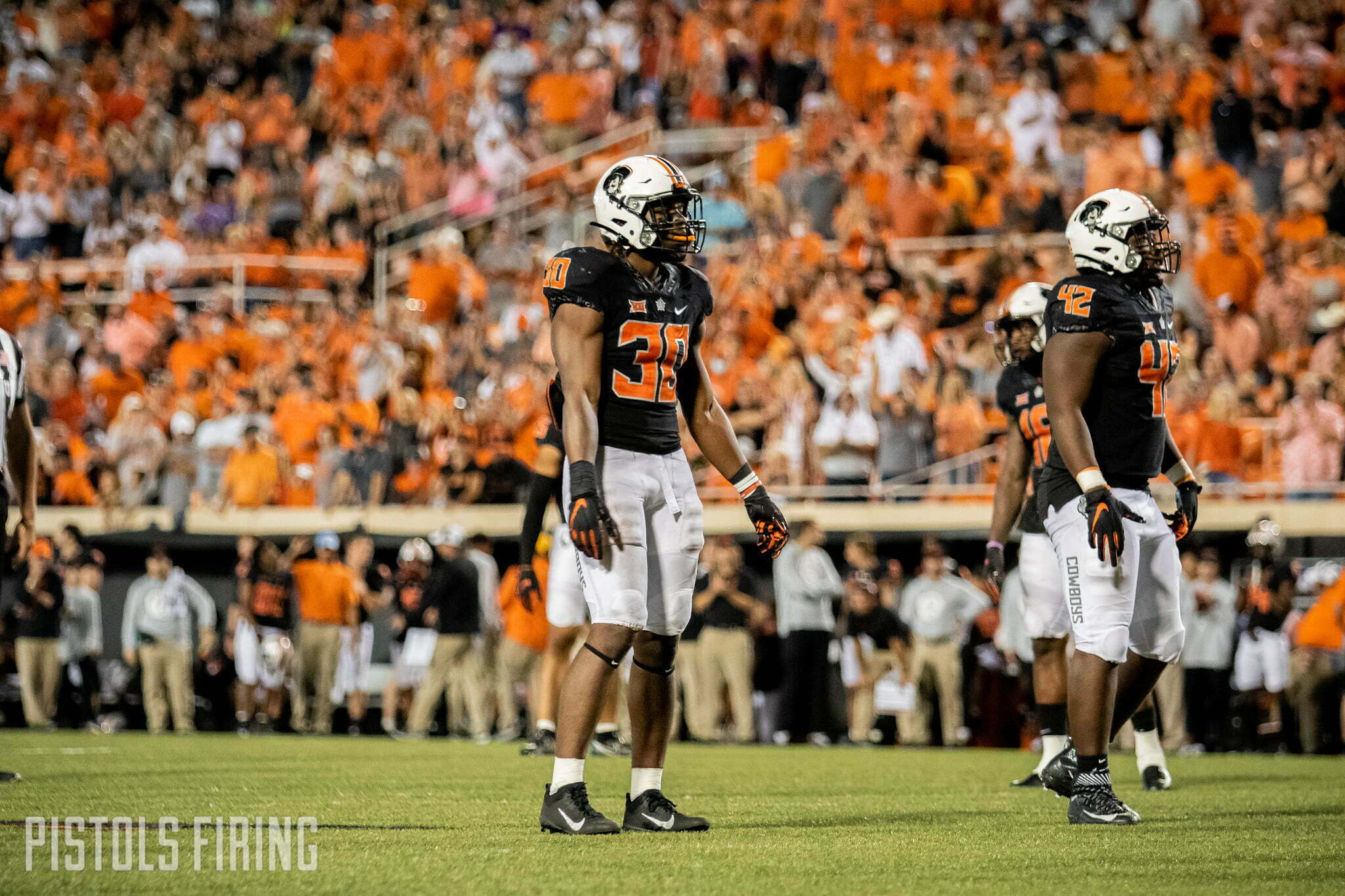 There’s not been a more impactful freshman on Oklahoma State’s roster this year than Collin Oliver, and maybe not one in all of college football.

That’s the reason that the true freshman from Edmond was named as one of 14 semifinalists for the Shaun Alexander Freshman of the Year Award. Let’s take a look at his case as college football’s top rookie.

Oliver’s 9.5 sacks leads all Power Five freshman nationally and leads the Cowboys, that nation’s leader in sacks. He helped push the Pokes to a program record, currently sitting at 48 on the year with at least two more games to add to that total. His 12.5 tackles for loss ranks ties Malcolm Rodriguez for the team lead and leads all Big 12 freshmen.

Oliver was also named a midseason Freshman All-American by both ESPN and The Athletic. On Thursday, he was named the Big 12’s Defensive Freshman of the Year unanimously by the coaches, and tabbed as an all-conference second-team member.

Two of those 9.5 sacks came against Oklahoma on Saturday, the final one sealing a Cowboys win and ensuring a 1 seed in the upcoming Big 12 Championship. For his efforts he was named Big 12 Newcomer of the Week.