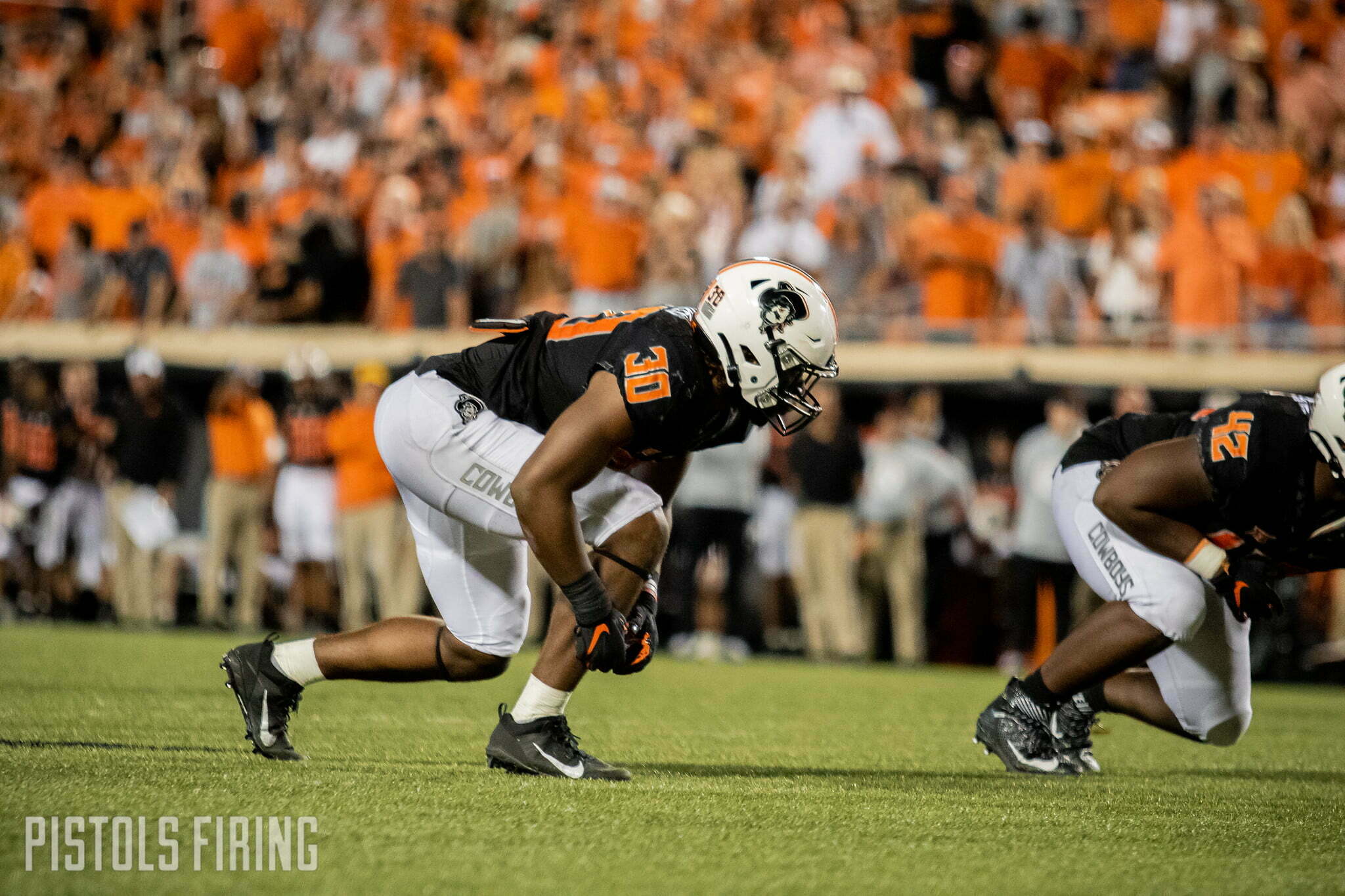 STILLWATER — Collin Oliver has been one of the more hyped freshmen on the Cowboys’ 2021 roster, and with injuries in front of him, it looks as if it is now his time to shine.

Oklahoma State released an updated depth chart heading into their game against Baylor that saw Oliver listed as a starting defensive end.

Oliver claims the spot after Trace Ford and Brock Martin suffered injuries. Ford reportedly tore his ACL in practice before the season started. Martin went down in OSU’s game against K-State on Saturday. When Martin got up, a trainer was holding Martin’s left arm. At his media luncheon Monday, OSU coach Mike Gundy said Martin’s injury wouldn’t keep him out the entire season.

“Brock’s injury, which is unbelievably painful, is not an injury that ends his season,” Gundy said. “And we don’t think that he had any internal damage in that area. So, it’s a pain management situation now, just like I had mentioned. As he progresses and starts to manage pain, and then can get flexibility, then he can start working back in and play in games. They’re all different. Brock is going to be back as fast as Brock can be back because Brock has a very high tolerance of pain, and he’s tough. So, when he’s ready, you’ll know he’s ready.”

Oliver has eight tackles in his first four college games, including 1.5 tackles for loss and 0.5 sacks.

LD Brown is on the depth chart at running back and kickoff return, but don’t expect him to be back against Baylor. Brown suffered an injury in Boise. Gundy said Brown got scoped and that they’d reevaluate him in two or three weeks.

In Brown’s place, expect another heavy dose of Jaylen Warren. Warren is up to 387 rushing yards this season. that’s fifth in the Big 12. Dominic Richardson will be behind Warren. Richardson has 28 yards on 11 carries this season.

In the return game, expect slot receiver Brennan Presley to continue to fill in for Brown. Presley had two kickoff returns against K-State in which he scampered for 63 yards.