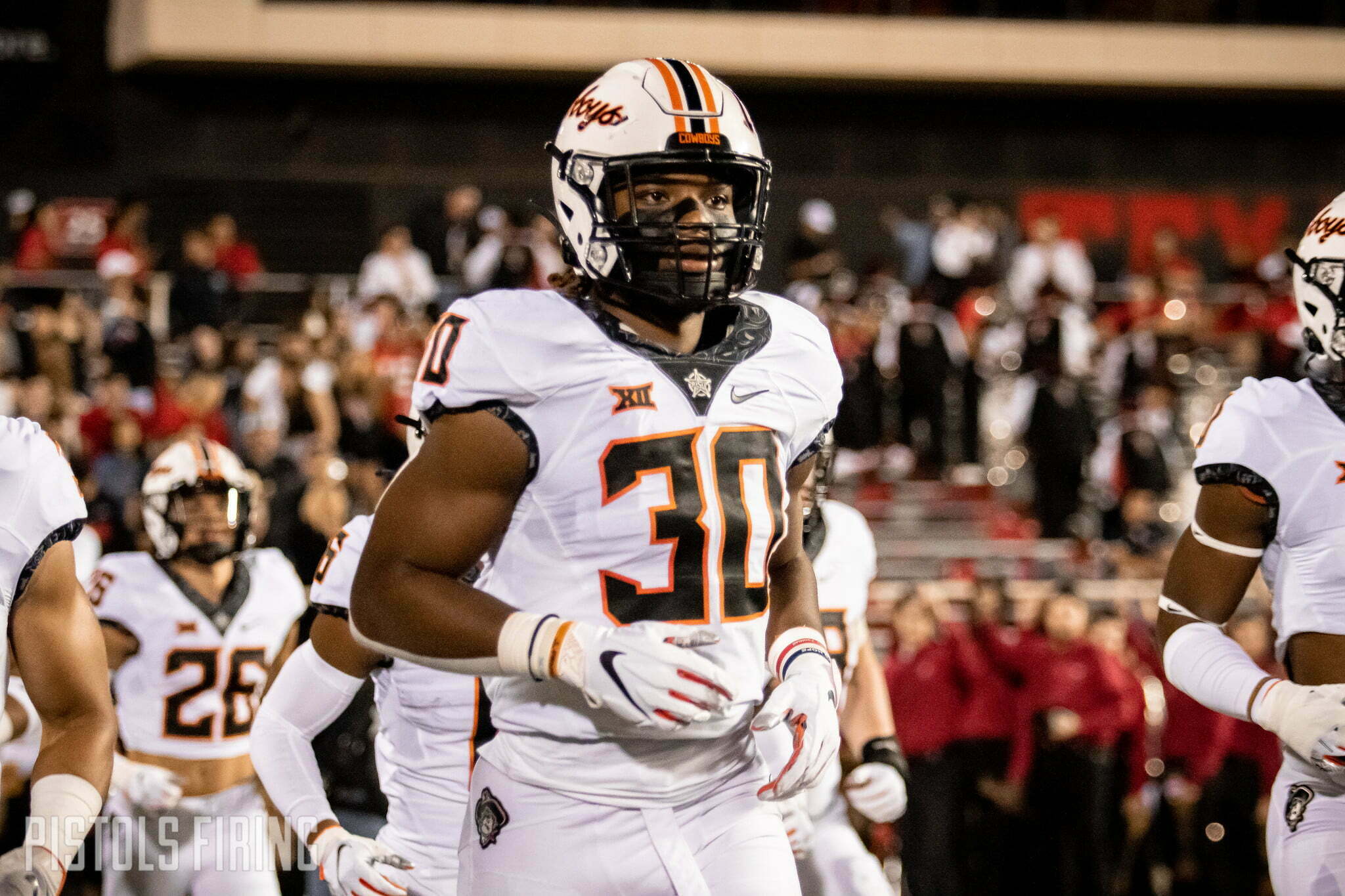 A young star on one of the greatest defenses in Oklahoma State’s history, Collin Oliver is an All-American.

The Football Writers Association of America released its Freshman All-American Team on Monday, which included Oliver. Oliver had already made a few other freshman All-American teams to this point, but the FWAA’s is one of the more prestigious. Oliver is also a finalist for the FWAA’s Freshman of the Year award alongside Georgia tight end Brock Bowers and Ohio State quarterback CJ Stroud.

A true freshman from Edmond Santa Fe High School, Oliver led the Cowboys in sacks this season with 11.5. That makes him only the second player to record double-digit sacks in a season with Emmanuel Ogbah in the Mike Gundy era. Behind Oliver’s efforts, Oklahoma State led the country in sacks during the 2021 season.

In five games between Nov. 6 and Dec. 4, Oliver recorded seven sacks, including two against Oklahoma and two in the Big 12 title game against Baylor. He finished his freshman season with 29 total tackles, 15.5 tackles for loss, 11.5 sacks, five quarterback hurries and a forced fumble.

A four-star recruit in the 2021 class, Oliver chose Oklahoma State over offers from Georgia, Arkansas, Ole Miss, Oregon, Tennessee, Iowa State and others.