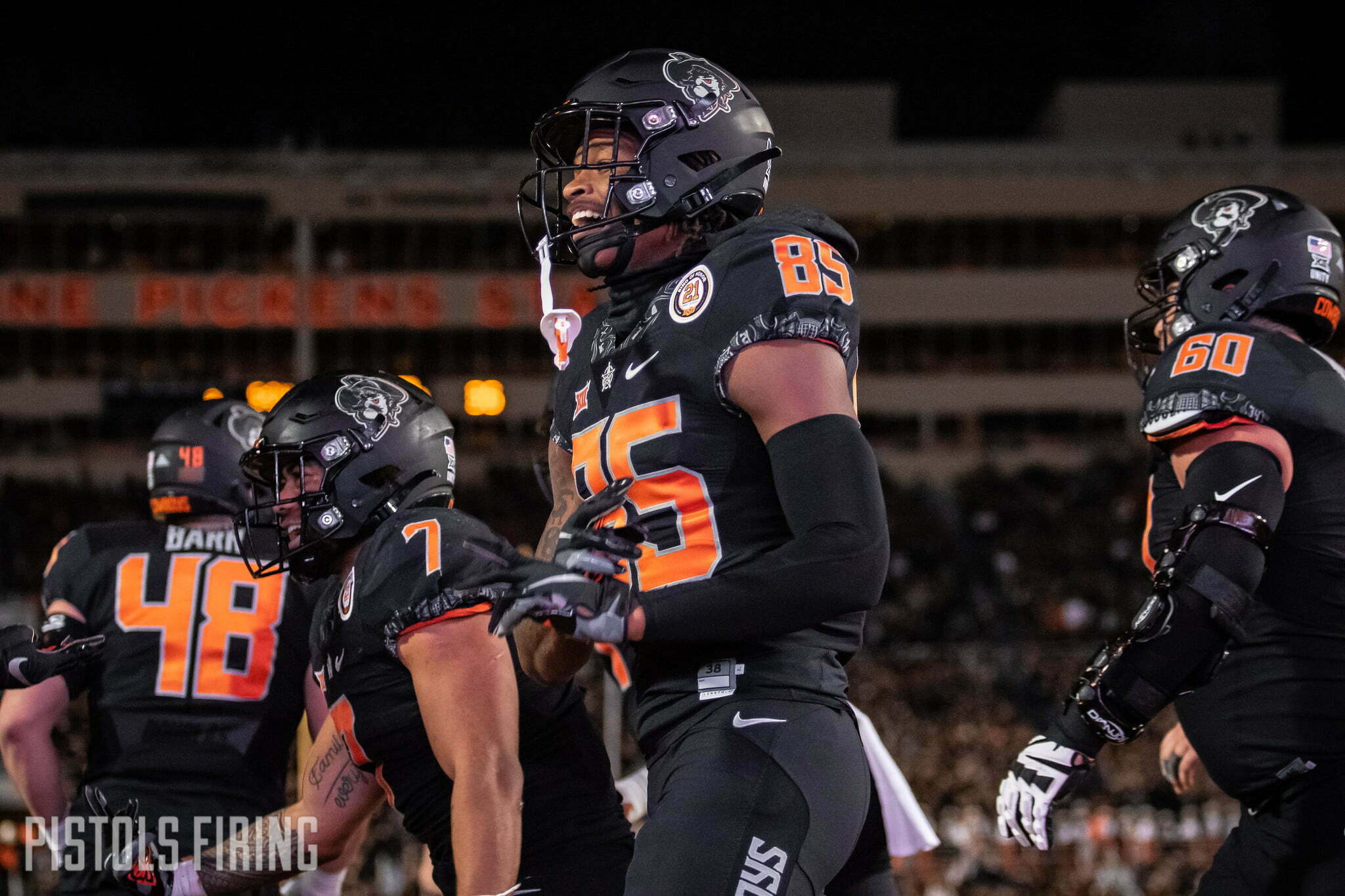 On Saturday morning, Baylor kicked Oklahoma’s rear up and down the field, winning 27-14 to hand the Sooners their first loss of the season. (Lincoln Riley afterward practically had to be dragged off the field for excessive whining it was so bad.) On Saturday afternoon, Iowa State in a stunning finish fell to Texas Tech after Red Raiders kicker Jonathan Gariby drove home a 62-yard field goal to win it as time expired. Then, on Saturday night, Oklahoma State curb-stomped an overmatched TCU team (that beat Baylor only a week ago) in a 63-17 win that was more of an exhibition.

The Pokes are 6-1 in league play and tied with OU atop the conference standings as the only team to have one loss in Big 12 play. They control their own destiny moving forward in the conference title race. Right now they figure to be the league’s best, and maybe only, hope to make the College Football Playoff. Just three more wins — two in regular-season action with Texas Tech and OU in the next two weeks, followed by a (potential) game in the conference championship — could be enough to get them there. Could be. I’ll hedge my bets because, well, I know Squinky still lives.

And weird things can happen. Weird things frequently do happen in Lubbock. And heck, we know that weird things always happen in Bedlam, seemingly never for the better. A loss to Texas Tech next week on the road in a night environment wouldn’t be a total shocker. Nor would a loss to OU in Bedlam, in a series OSU under Mike Gundy has won just twice. I’m not going to Babe Ruth it here and say with 100% confidence that the Cowboys have this thing locked up.

But forget the history for just a moment and forget the past for as far back as you can remember. Forget what you think you knew about the Big 12 before Saturday and what you once knew of Oklahoma State growing up. OK, done? Now, embrace what I’m about to tell you for a second time in this column:

Oklahoma State is the best team in the Big 12.

Soak it in. Let it wash over you. Embrace it, for crying out loud!

OU has looked hideous for the greater part of a month and it finally got got. Iowa State has looked the part of an 8-win team, save for a close-shave win over the Pokes and a few other moments. OSU has hands down looked — and produced — better than any in the conference. Let that give you confidence. Don’t get cocky about it. Don’t print this off and show it to your OU friend at the watercooler. We’re better than that. Just go about your business as if you weren’t aware of all 534 words I just wrote here. Then live it up. This season could wind up being a special one. And through the fog of a messy Saturday, OSU is rising above unscathed as the unquestioned face of the state — and the league — until further notice.