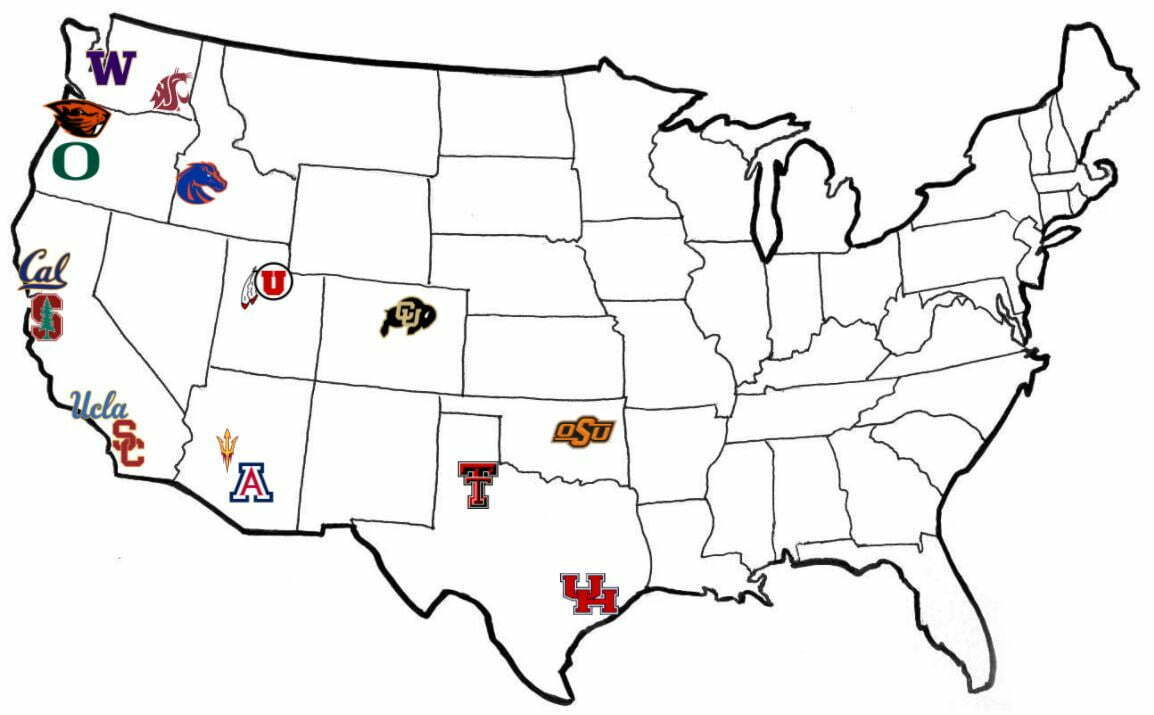 With the Big 12 likely set to lose its two biggest brands in Oklahoma and Texas to the SEC, the conference’s future seems uncertain.

The potential move has resulted in mass speculation across the past three days in regards to conference realignment, especially if it becomes open season with the rest of the Big 12’s teams. On Thursday, I looked at what a potential post Oklahoma and Texas Big 12 would look like. Now, let’s gander at what it might look like if OSU headed west.

Here is how the SEC Network suggested it go:

The Cowboys and Cowgirls are competitive in nearly every sport they compete in, and with the facilities OSU has accumulated, it makes OSU capable of recruiting Texas, where I’m sure the Pac-12 will want a foothold. If the SEC were to take another Big 12 school, OSU seems like the logical third choice, so if super conference’s are the way of the future, the Pac-12 would be smart to grab the Pokes.

Texas Tech is already the western-most Big 12 school, so geographically, it makes as much sense as any. This would also give the Pac-12 a foothold in Texas, which would be a big reason for the Pac-12 even expanding in the first place.

Similar to Tech, Houston provides an even deeper foothold in the Lone Star State. Houston being a short drive to the Gulf of Mexico makes little geographic sense for the Pacific Athletic Conference, but geography has already somewhat taken a back seat. Houston also has a large enrollment size, meaning a ton of ready-made fans. The Cougars have been positioning for a move up to a Power Five conference for a while now, adding clauses in coaching contracts for raises should the school move up a conference tier.

This one makes the most sense geographically. Boise State’s football program has proven to be among the elites at the Group of Five level for most of this century, and who wouldn’t love to see a little blue turf every once in a while?

There is certainly a fair argument to add K-State to this thing, likely at the dismay of Boise State. I think the Pac-12 would value Houston over K-State at this point because it would be more beneficial to be in the state of Texas. Reports have come out Friday that Kansas is set to meet with the Big Ten, and if K-State can’t also hop on that train, it could be bad news for the Wildcats.

Baylor, TCU and BYU all fall in the same category of the Pac-12 being hesitant to add a religious school. Berry Tramel touched on that a little bit Thursday.