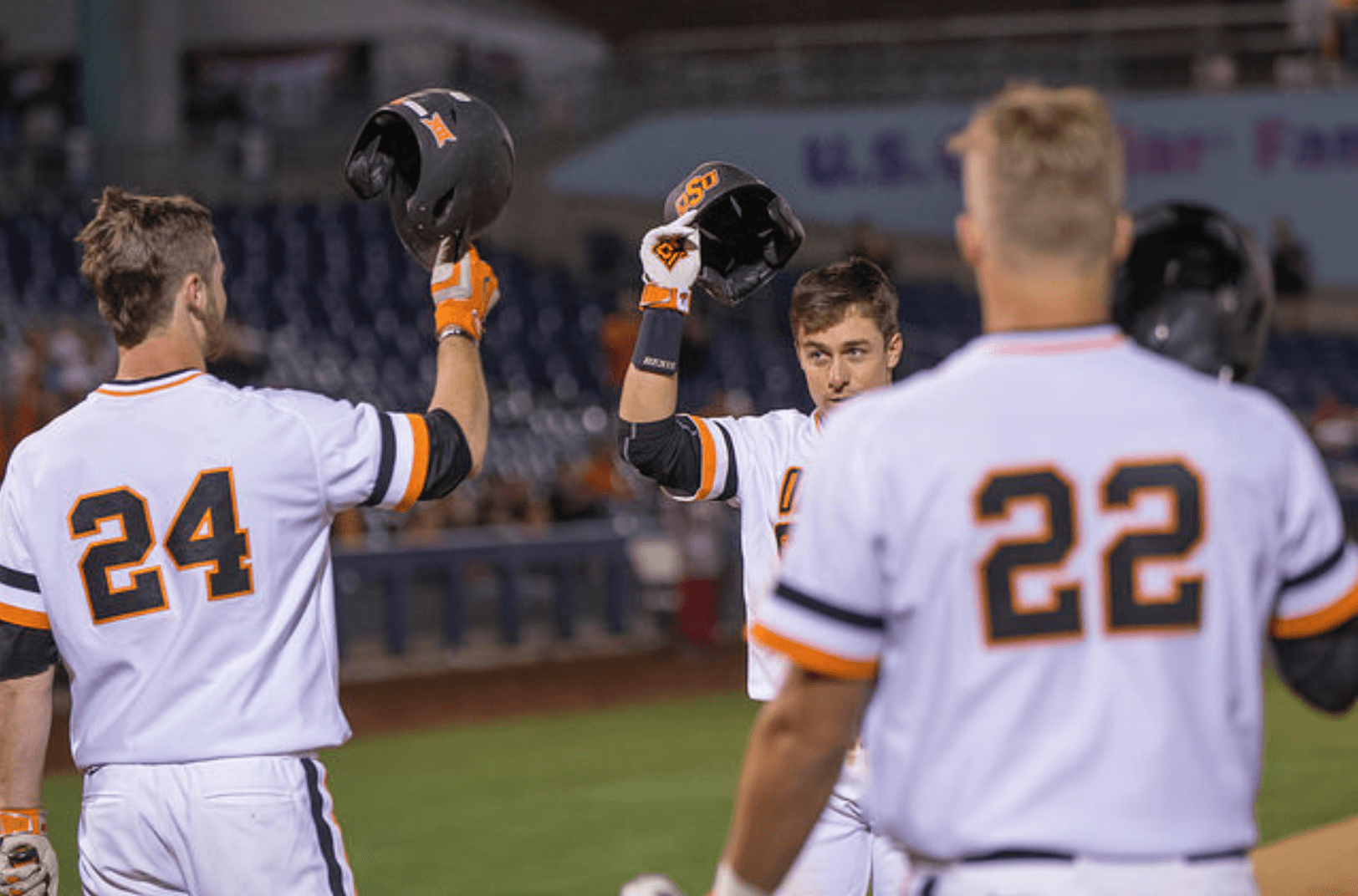 In a day full of upsets, OSU blanked West Virginia and is firmly in the driver’s seat at the Big 12 Championship.

Wednesday couldn’t have gone more perfectly for the Cowboys. In a surprise move, Conor Costello took the mound for just his fifth start of the season. He gave up six hits in four innings, but never allowed a run to cross the plate. He got run support through a Donnie Walton single in the 3rd, and a Dustin Williams solo homer in the 4th.

The star of the night was Trey Cobb though. He came on to start the 5th, and shut down all 15 hitters he faced – five via strikeout, and 10 through groundouts. He didn’t allow a single baserunner on his way to a fourth win of the season – third-most by a Cowboy this year. Walton would add an insurance run in the 8th, a solo home run to right field that barely cleared the fence, that would provide the final score. You can check out the highlights here.

With a win, OSU was the only top seed to remain in the winner’s bracket after yesterday’s results. The Cowboys are scheduled to play Kansas State tonight at 7:30, with the winner of that game off until Saturday.

Other results from ONEOK Field on Wednesday:

Kansas State entered the Big 12 Tournament two games under .500 on the season, but made some big plays against OU to win its opening round game (and all but knock OU out of NCAA Tournament contention). The Wildcats did their damage early, taking advantage of Sooner errors in the 2nd and 3rd to take a 5-0 lead. Max Brown had a perfect day at the plate, recording four hits and two RBIs.

Coach Holliday confirmed last night Michael Freeman (9-2, 1.06 ERA) will take the mound tonight against the Wildcats, who are likely to start their ace Nate Griep (6-2, 2.35 ERA).