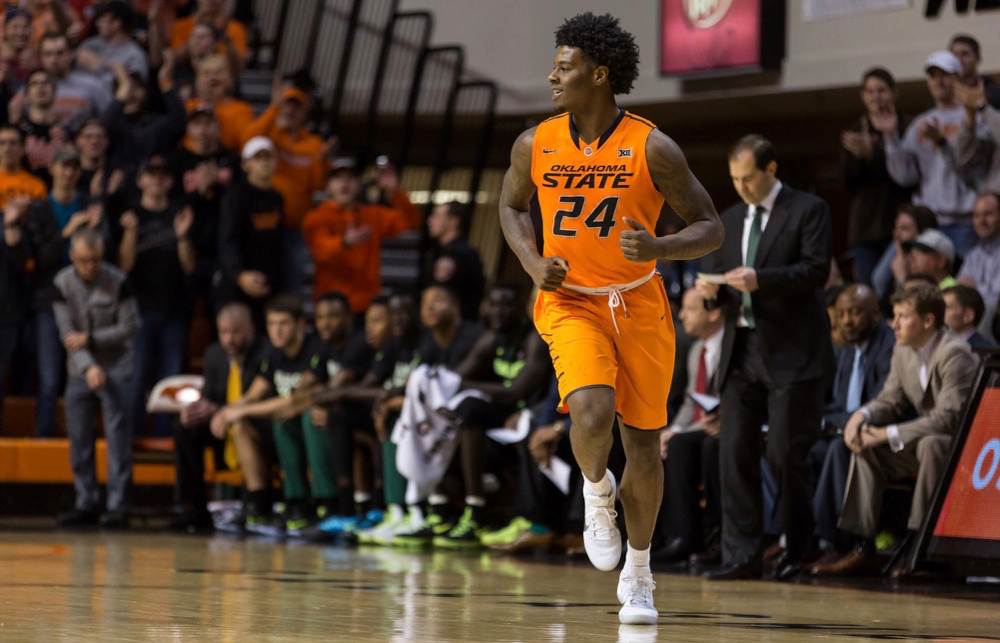 One of the biggest changes between Travis Ford and Brad Underwood can be found the night before every road game.

The Oklahoma State men’s basketball team were not in hotel rooms playing video games or watching Sportscenter on Tuesday night like they would have last year. The Cowboys were in Ed & Rae Schollmaier Arena in Fort Worth, Texas, about 24 hours before they tip against TCU at 6 p.m.

The change seems almost arbitrary, remedial or blatant, but it has made a serious difference in a team that has already won four more games than it did all of last season.

“We’ll play some shooting games to kinda get loose and get a feel for the rims,” junior wing Jeffrey Carroll said. “(Last year), we wouldn’t go to the arena. We’d just check into the hotel and just kinda relax and rest a little bit. But now, it’s better for us. We’re kinda getting used to the rhythm now.”

“The toughest rims, I tell people KU,” Carroll said. “I swear their rim is smaller, even though it’s not. It’s just a weird thing I think about.”

Road games are never easy, Carroll said. OSU is 5-4 in true road games, but that’s miles better than the 1-9 record the Cowboys finished with last year.

Sophomore rim-killer Davon Dillard said the rim difference doesn’t matter when you’re dunking it. He said part of the Cowboys’ routine is walking into the arena with a swagger.

“One thing I always do when I go on the road, I always wanna give the other team a hard time, them and their fans,” Dillard said. “So any time I step foot in they gym, I want them to fear me. Any other gym I go to, I want to have their respect.”

Dillard said that’s extremely important. Intimidation is key, and that’s something he has noticed this year, he said.

“Just knowing guys off the other teams and talking to ’em, like, ‘Yeah, man, you guys are one of the hottest teams out right now,’ and things like that,” Dillard said. “So that just shows that we’re gaining the respect that we haven’t had these last couple of years.

“Walking into other gyms, expecting the other team to play as hard as they’re gonna play against a Kentucky team or a Kansas team, that’s to get their respect.”

Senior guard Phil Forte said Davon’s mentality is different than his, but it’s part of what makes the team so unique.

Said Forte: “That’s just what he brings to the team.”

Looking back, it’s fair to point to the win at Texas Tech as the turning point, but Forte said they approached as any other. Aside from a minor defensive adjustment, it was the same “one game at a time,” mentality.

The win was the start of the wave the Cowboys are riding on this streak of six out of their last seven, Forte said. Focus on the next is key though, he said.

Underwood stressed the importance of sticking to a routine, which makes it easier to focus. There are no distractions, just the team, and there is an on-court value in that, he said, especially for a team that, for the most part, didn’t know how to win on the road.

“The routine of what we do is valuable, and yet it’s nothing that we don’t talk about every day,” Underwood said. “It’s the togetherness of the locker room. It’s the camaraderie. It’s playing for each other. I think Phil and Leyton (Hammonds) have done yeoman’s work in terms of developing that mentality.

“But I don’t know what the exact dot on the ‘I’ is that’s causing that, but I think it’s a collective mentality that we’ve had as a group.”