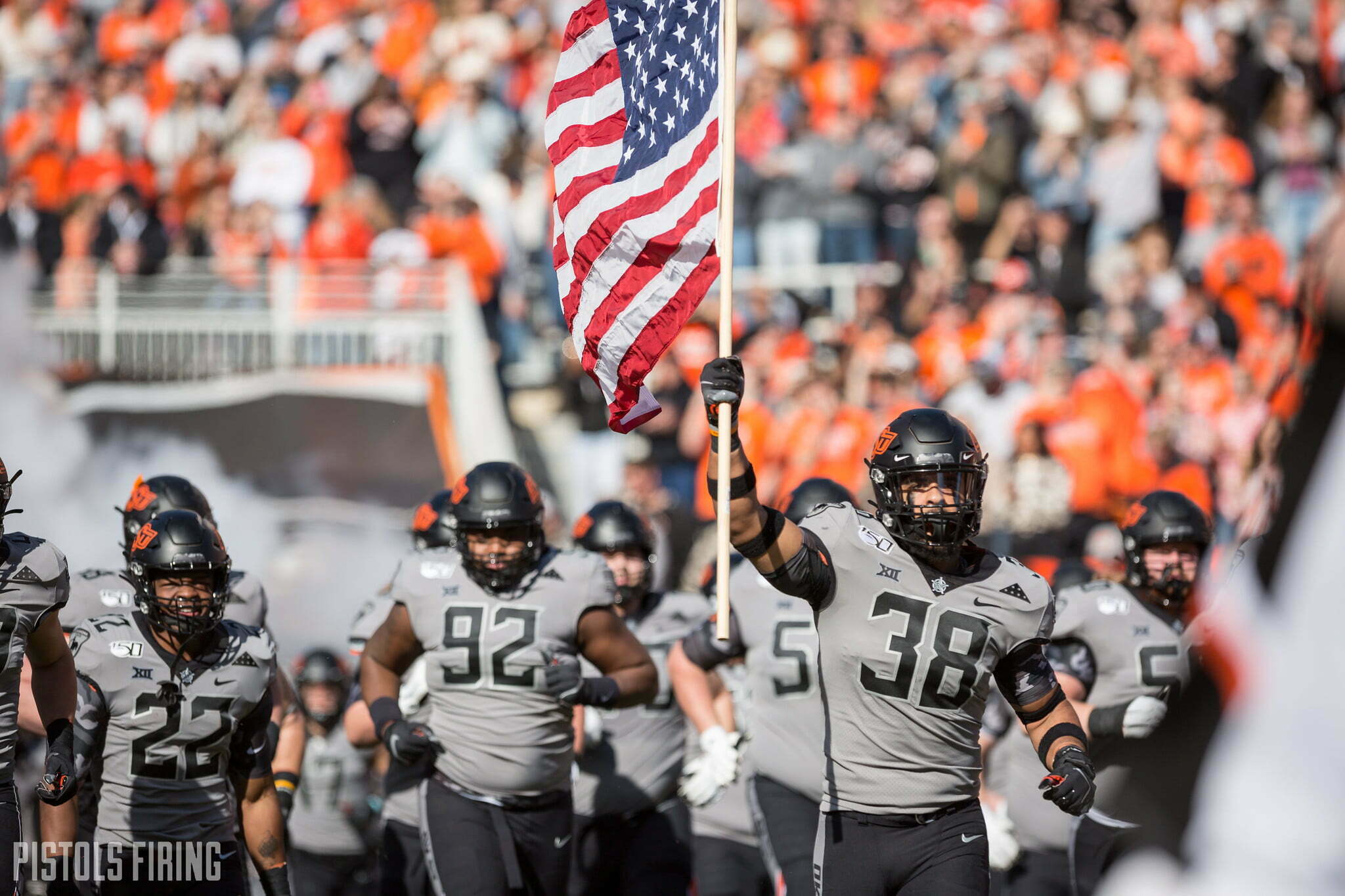 Oklahoma State hasn’t played football game in 15 days but in the interim the Cowboys have climbed 11 spots to now No. 6 in the AP poll, up from No. 7 in last week’s ranking. The Cowboys also climbed from 7 to 6 in the Amway Coaches Poll.

Let’s take a look at the full Week 7 AP ranking.

What feels more like two months ago, OSU blew out a still winless Kansas team as the No. 17 team in the country. Their next game will should prove to me a much tougher test.

The Cowboys and their next slated opponent, No. 17 Iowa State, are the two highest-ranked Big 12 teams. Kansas State comes in at No. 20. Oklahoma is the second team outside of the top 25 with 74 votes and West Virginia is two spots further with 57. Texas received one AP vote.

This is the highest the Cowboys have been in the AP Poll since Week 4 of 2017, when the Mason Rudolph-led Pokes were 3-0.