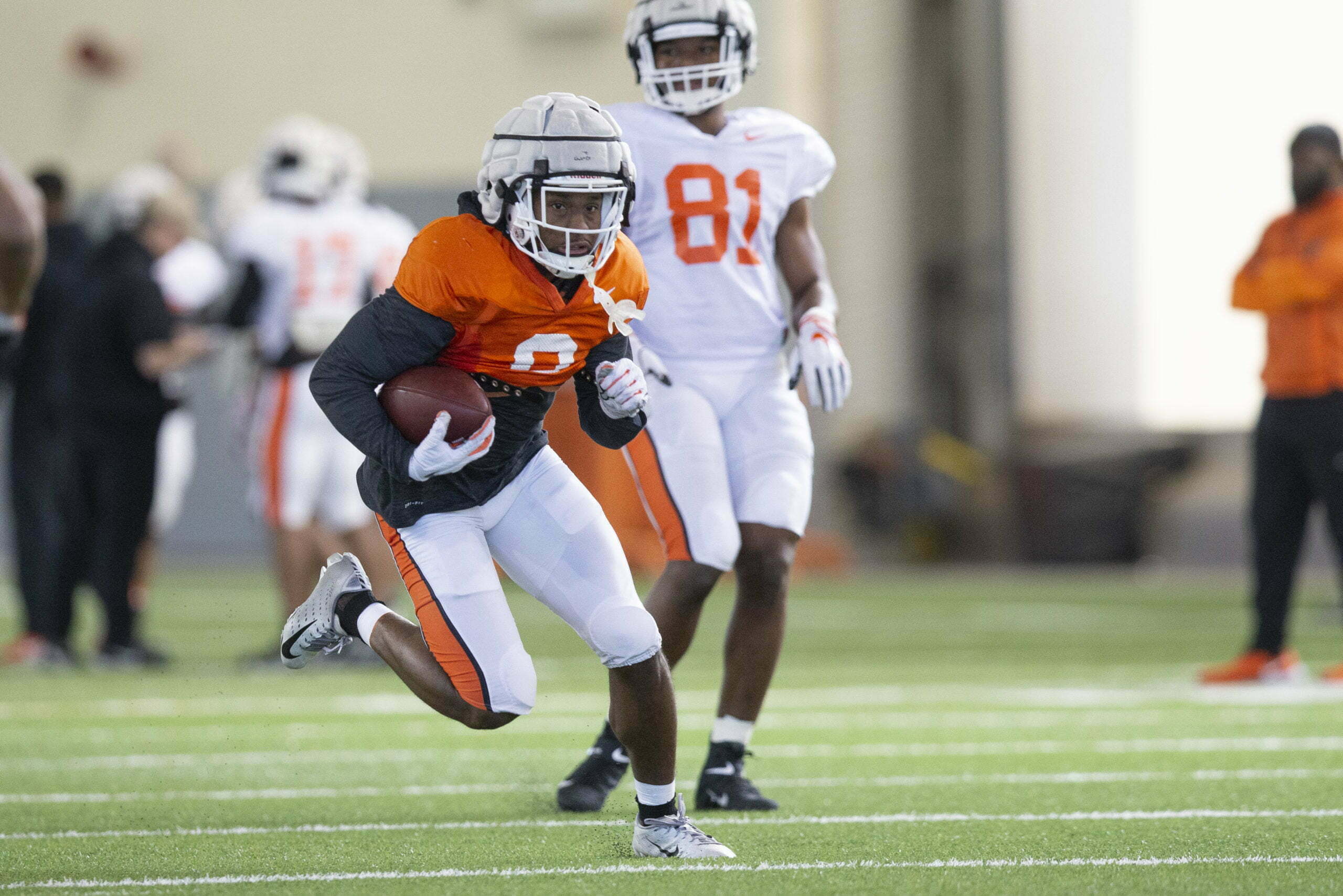 The Cowboys entered the 2018 season with an embarrassment of riches in the backfield.

Justice Hill, LD Brown, J.D. King and this intriguing redshirt freshman with speed of legend named Chuba Hubbard were all at the Cowboys’ disposal. In 2021, Oklahoma State again has a potential four-headed monster in the backfield with Brown, Dezmon Jackson, Dominic Richardson and Jaylen Warren.

Comparing something to 2018 probably seems like a bad thing for Oklahoma State, but it isn’t in this particular case. Yeah, OSU went 7-6 that year, but the Pokes were good at running back.

There are some loose similarities between the two position groups.

Brown would be the Hill of the 2021 group being the seasoned veteran.

Richardson is the Hubbard of the 2021 group being a young guy with tons of potential that fans will wonder how he is supposed to break into the more experienced group of three ahead of him.

Hill carried most of the Cowboys’ workload in 2018, rushing for 971 yards and nine touchdowns before an injury forced him to miss the Cowboys’ final three games.

Hubbard hadn’t had a college carry entering the year, but he finished second on the team in rushing with 766 yards and seven scores. Brown and King combined for 343 yards and one touchdown. King entered the transfer portal with two games left in the season.

Running back is a good position to be deep at, just ask the 2020 Cowboys. OSU was the only program in the country to have four players run for 100 yards in a game last season, as the Pokes had to juggle Hubbard, Brown, Jackson and Richardson because of injuries.

“The difficult thing is how do you get them all work,” Gundy said of his current running backs last week. “The good part of that is, unfortunately, that is the most violent position to play in our level, in my opinion. Those guys get beat up. So, that gives a little depth, and it should allow them to stay healthier longer throughout the season.”

This group also brings in a mishmash of styles with Brown’s speed and Jackson’s and Warren’s ability to barrel down hill.

With this backfield, a great returning defense and a starting QB in his third year, the Cowboys have a lot more potential in 2021 than they did in 2018, but the four-horse backfield is similar.