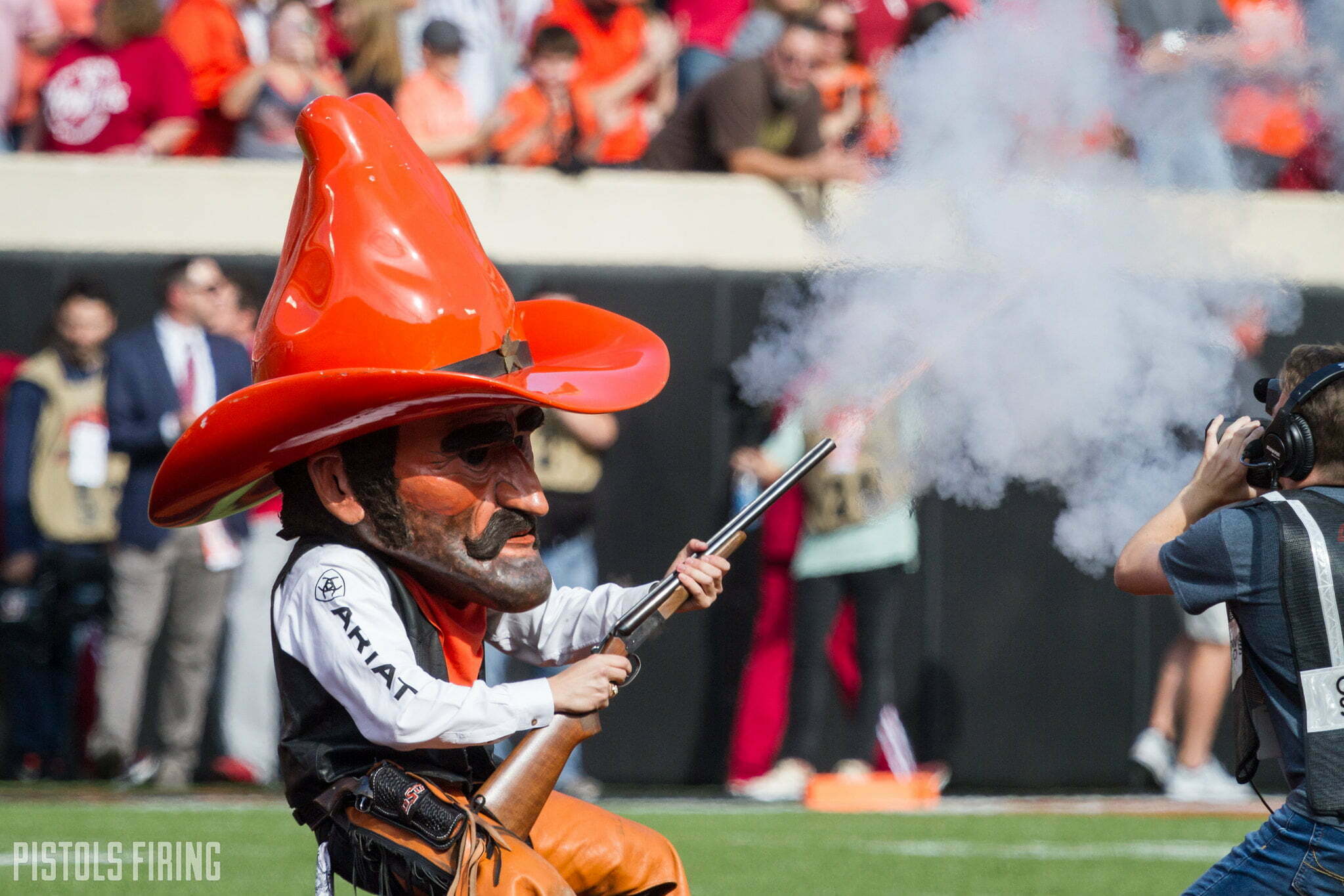 Charlie Dickey continues to spread the love for the 2021 class, extending Offer No. 16 to an offensive tackle. His latest target comes in the form of fast-rising in-state talent Logan Nobles.

Nearby Tulsa was the first — and one of nine schools — to offer back on March 27, and that list has quickly grown to 20. The offer sheet isn’t exactly a who’s who of bluebloods. OSU, following Vanderbilt and Kansas, is just the third Power Five school to enter the fray, but more are sure to follow.

Nobles has yet to receive a Composite ranking, but 247Sports lists him as a three-star prospect, the No. 103 offensive tackle in the class and Oklahoma’s 19th-best prospect.

If that ranking doesn’t get you too fired up, remember that it’s still early, Nobles’ offer sheet is growing fast and that Dickey has a track record for developing linemen well past their ranking

If I can quote myself, here’s something I wrote about Dickey’s ability to develop under-recruited prospects into topflight talent while at Kansas State.

Dalton Risner is currently preparing for the NFL Draft Combine and, depending on who you ask, is projected to go anywhere from the first to the third round. But the two-time All-American tackle came to Kansas State as a three-star center and the 509th-ranked prospect in his class.

Scott Frantz was ranked No. 1,023 in the 2015 class by 247Sports. After a year redshirting he earned Big 12 All-Freshman team honors, among others.

Code Whitehair was ranked in the high 1,100s by 247 when he came out of Abilene, Kansas. Dickey turned him into a second round pick by the Chicago Bears.

B.J. Finney was not even ranked by 247 Sports and he earned All-American honors in 2014, won Big 12 Co-Offensive Lineman of the Year and has played 43 games in three seasons for the Pittsburgh Steelers. [PFB]

By the way, Risner was selected in the second round of the 2019 NFL Draft, started 16 games and earned a spot on the NFL’s All-Rookie Team last year.

Nobles offers plenty of potential at 6-foot-6 and 260 pounds with still a year of high school to go.

The Cowboys will say goodbye to two starting tackles come 2021. Teven Jenkins and Dylan Galloway are facing their seniors seasons and will be tough to replace. There are other tackles waiting in the wings that should be ready to step up, but adding depth and talent is always a priority at this crucial position.