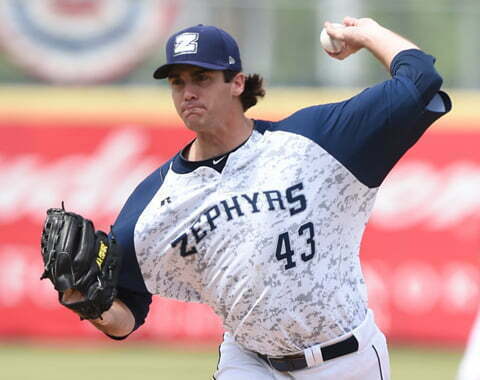 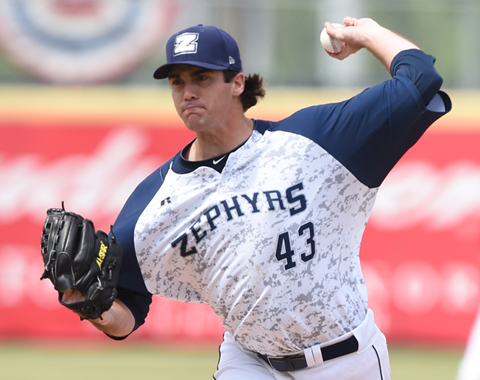 Now that OSU has wrapped up its season, I thought it was a good time to see how the Cowboys in the pros are doing. As of now, there are two MLB managers, two MLB players, eight at the Triple-A level, two in Double-A and one in A-ball, along with a new Cowboy joining the professional ranks.

As before, I’ll be keeping tabs on guys at the Major League level, and also watching to see who gets called up or sent down. And because everyone likes a list, I’ve come up with a rankings system based on how players and coaches are doing month-to-month. If I’m wrong[1. And people on the Internet often tell me I am.], feel free to tell me why in the comments.

1. Robin Ventura – MLB Chicago White Sox
Last Month: 1          Change: None
Most sports news outlets had the White Sox near the bottom of the league in their preseason rankings, but Ventura and the Sox are 4.5 games from first place in a weak AL Central. Rookie first baseman Jose Abreu has 17 home runs (3rd in AL) and 47 RBIs (6th) with a .592 slugging percentage (2nd) to boot. It’s still early in the season, but postseason hopes are still alive for this group, and Ventura is a big part of that.

2. Andrew Heaney – Triple A New Orleans (Miami Marlins)
Last Month: 3          Change: Up 1
Heaney got the call to Triple A on May 22 and picked up right where he left off. He’s 3-0 with a 2.74 ERA for the Zephyrs, including 52 strikeouts in 53.2 innings. In his last start, he struck out nine in six innings while walking one and allowing one run. With the Marlins shuffling their rotation this week, Heaney could get his first taste of the MLB as early as Friday.

3. Jordy Mercer – MLB Pittsburgh Pirates
Last Month: 8          Change: Up 5
Mercer has really bounced back after an awful April where he hit .175 with two RBIs. He rallied to hit .225 with five RBIs in May, but June has been even better for the Pittsburgh shortstop. In six games, he’s hitting .400 with two homers and five RBIs, helping the Pirates climb back into the NL Central race.

4. Andy Oliver – Triple A Indianapolis (Pittsburgh Pirates)
Last Month: 7          Change: Up 3
Oliver has adjusted well to life in the bullpen. He’s made 20 appearances this season, going 1-1 with a 2.27 ERA. He has 46 strikeouts in 31.2 innings, and he’s tied for the team lead with four saves. The Pirates bullpen has been good so far, but if they decide to add a powerful lefty reliever, Oliver’s name is at the top of the list.

6. Luis Flores – Triple A Iowa Cubs (Chicago Cubs)
Last Month: 5          Change: Down 1
The Cubs, who have the fewest wins in the NL, might want to give Flores a look. He’s hitting .286 with a .485 OBP at the Triple-A level. His Triple-A counterpart, Eli Whiteside, was called up June 3rd to replace injured backstop Wellington Castillo, but is hitless in eight at-bats for Chicago. If Castillo doesn’t recover from his rib inflammation in time, the Cubs might look to make a switch at backup catcher.

7. Tyler Lyons – Triple A Memphis
Last Month: 2          Change: Down 5
Lyons is dealing with a left shoulder strain, and will make his first rehab start with Double-A Springfield today. He went 0-3 in six appearances for St. Louis with a 6.12 ERA, including allowing nine runs in four innings in his last start May 12 against the Cubs. Assuming he recovers from his injury, he will return to Triple A and wait for the next St. Louis starter to get injured.

8. Jason Hursh – Double A Mississippi Braves (Atlanta Braves)
Last Month: 12          Change: Up 4
The No. 3 prospect in the Braves’ farm system, Hursh is adjusting nicely to Double A. In his past two starts, he is 2-0 with a 0.64 ERA, including a complete-game shutout. He’s 5-4 on the year, and as long as he keeps improving, he could soon be on his way to the next level.

9. Matt Hague – Triple A Indianapolis (Pittsburgh Pirates)
Last Month: 9          Change: None
Hague had a good May, hitting .280 with four homers and 16 RBIs. On the season he has nine and 40, respectively, along with a .456 slugging percentage. However, he’s stuck behind Ike Davis and Gaby Sanchez at the MLB level, who are both just competent enough to keep Hague stuck at Triple A.

10. Tom Belza – Double A Mobile (Arizona Diamondbacks)
Last Month: 13          Change: Up 3
Belza has gotten better with the temperature this season. He hit .298 in May and is hitting .333 in eight June games so far. He’s tied for second on the team with four steals, including two in the past week.

12. John Ferrell – MLB Boston Red Sox
Last Month: 10          Change: Down 2
It’s gone from bad to worse for Ferrell and the defending champion Red Sox. Boston is now 9 games behind Toronto for the AL East lead and 5.5 games from one of the two Wild Card spots. They are even three games behind the Evil Empire. There’s a month until the All-Star Break, and I’m sure the Red Sox will want to make up some ground to be competitive in the second half of the season.

13. Corey Brown – Triple A Pawtucket (Boston Red Sox)
Last Month: 15          Change: Up 2
Another Cowboy who was off to a slow start, Brown had a bounceback May and is having an even stronger June. His .323 average in eight games this month has brought him back to a .228 average, with nine homers and 25 RBIs to boot. His newest problem, though, is the Red Sox just promoted outfield prospect Mookie Betts to Pawtucket, and Brown will probably lose some games to him, not to mention falling behind him in Boston’s outfield prospects list.

14. Zach Fish – Chicago White Sox organization
Last Month: N/A          Change: N/A
The Big 12 Player of the Year decided to forgo his senior season at OSU to sign with the Chicago White Sox, who drafted him in the 11th round of the 2014 First-Year Player Draft. In three years at OSU, Fish hit 22 homers with 110 RBIs.

15. Rusty Ryal – Triple A Lehigh Valley (Philadelphia Phillies)
Last Month: N/A          Change: N/A
The Phillies picked up Ryal on June 4 and sent him to Triple A, where’s he’s off to a rough start. He has just one hit in his first nine at-bats, so he’s got some rust to shake off. He’s competing for first base with Jim Murphy, who’s hitting .237 this season. If Ryal can find his swing, he could start seeing more playing time.

16. Josh Fields – Released (Injury)
Last Month: 6          Change: Down 10
Fields was hitting .297 with five home runs and 29 RBIs in 30 games for the Piratas de Campeche until he fractured his shoulder, keeping him out for the rest of the season. According to his Twitter account, he is back in Stillwater rehabbing and helping operate the Firehouse Subs he owns.

17. Scott Richmond – Triple A Round Rock (Texas Rangers)
Last Month: 14          Change: Down 3
Richmond is on the seven-day disabled list, and it might have something to do with his pitching. This season, he’s 0-2 with an 8.37 ERA. He hasn’t pitched past the 5th inning in any of his five starts, and opposing hitters hit .366 against him in May. Hopefully he can bounce back and get the mechanics fixed so this won’t be his worst season in the minors.