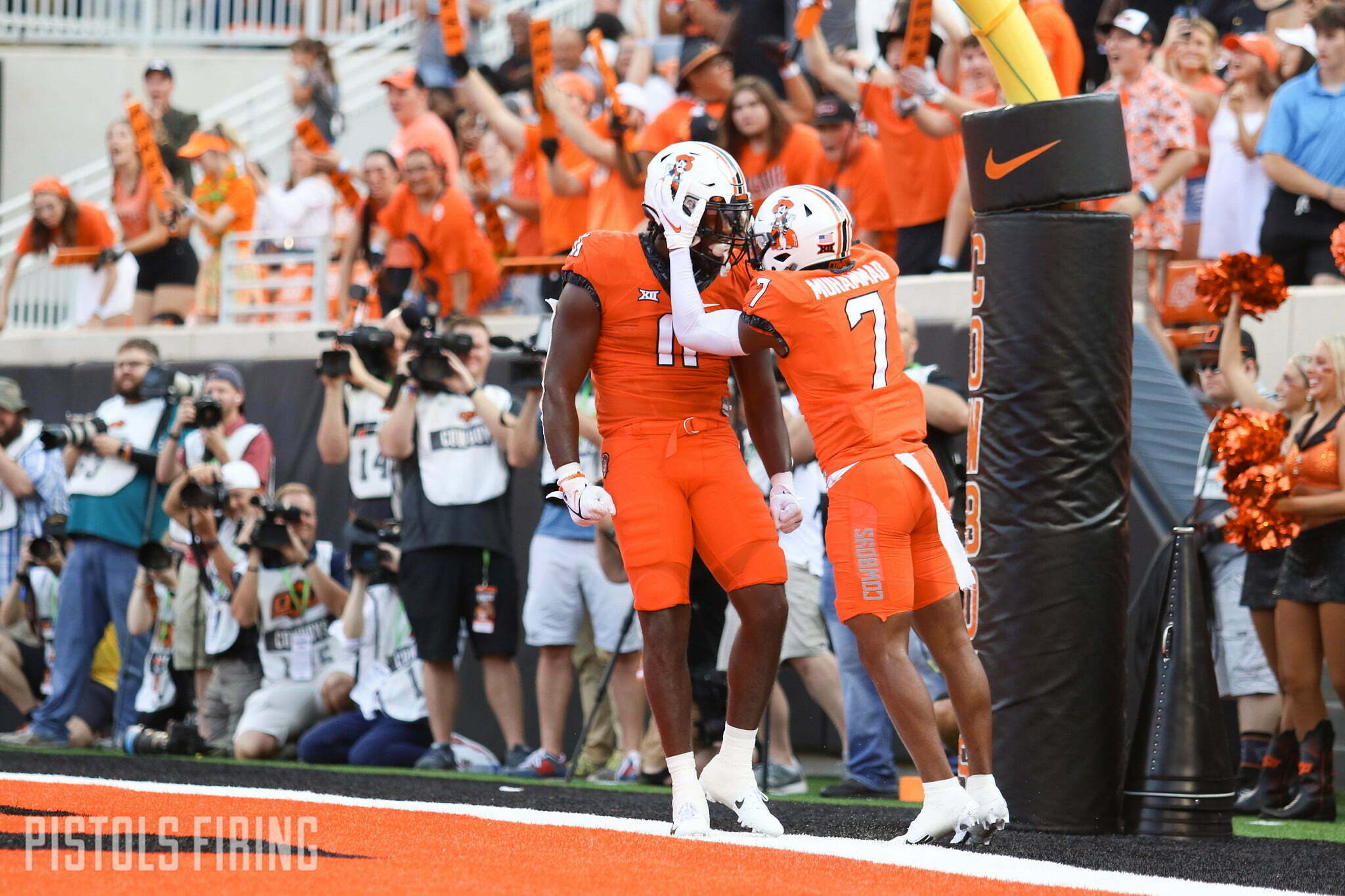 The Cowboys ever-so-slightly climbed up in the AP Poll after Week 1.

Oklahoma State sits at No. 11 in the updated poll after beating Central Michigan 58-44 this past weekend. That’s up one spot from the Preseason AP Poll. The Cowboys jumped Oregon and Utah in the rankings, but USC leapfrogged OSU after the Trojans’ 66-14 victory over Rice. Here is a look at the AP Poll and Coaches Poll side by side heading into Week 2.

Two future Big 12 teams are in the AP Poll with BYU coming in at No. 21 and Houston rounding things out at No. 25. Cincinnati would be No. 29 in an expanded poll, and UCF would be No. 32.