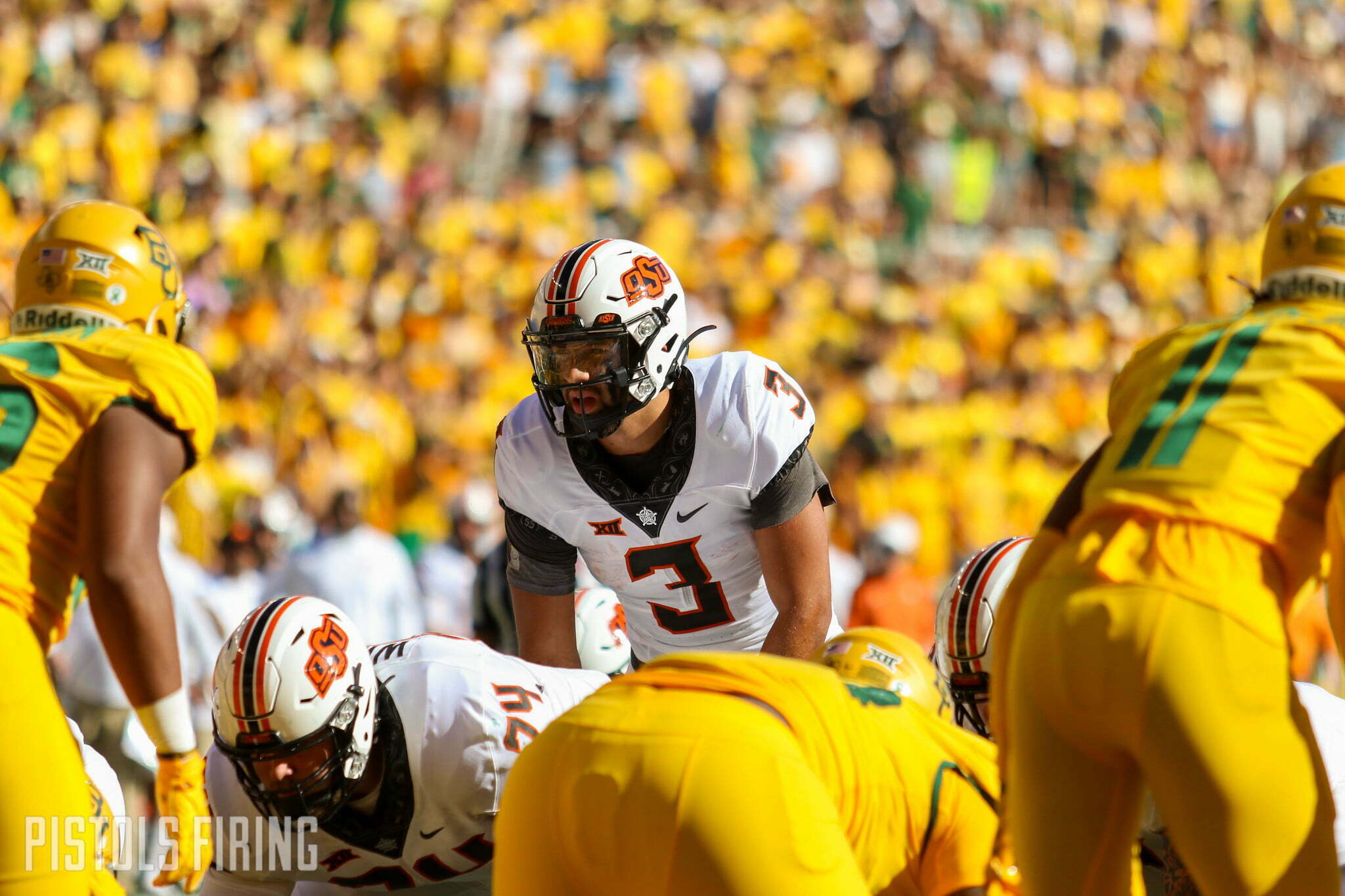 It was another wild weekend in the Big 12, and college football in general, but the Cowboys stayed unbeaten, taking down a ranked Baylor team in Waco.

For their trouble, the Cowboys earned a No. 7 ranking, up from 9, in the latest AP Top 25. OSU remained static at No. 7 in the latest Coaches poll.

Elsewhere Around the Big 12

Oklahoma: out. Kansas, TCU and Kansas State: in. What a world.

Two weeks ago, the Sooners were No. 6 in the rankings. But following their second-straight loss to start conference play, Oklahoma found itself outside of both the AP and Coaches Top 25. OU received two votes from AP voters.

Baylor also fellow out of the rankings from 16th after the loss to OSU. Baylor received 88 votes, good for second out of the Top 25.