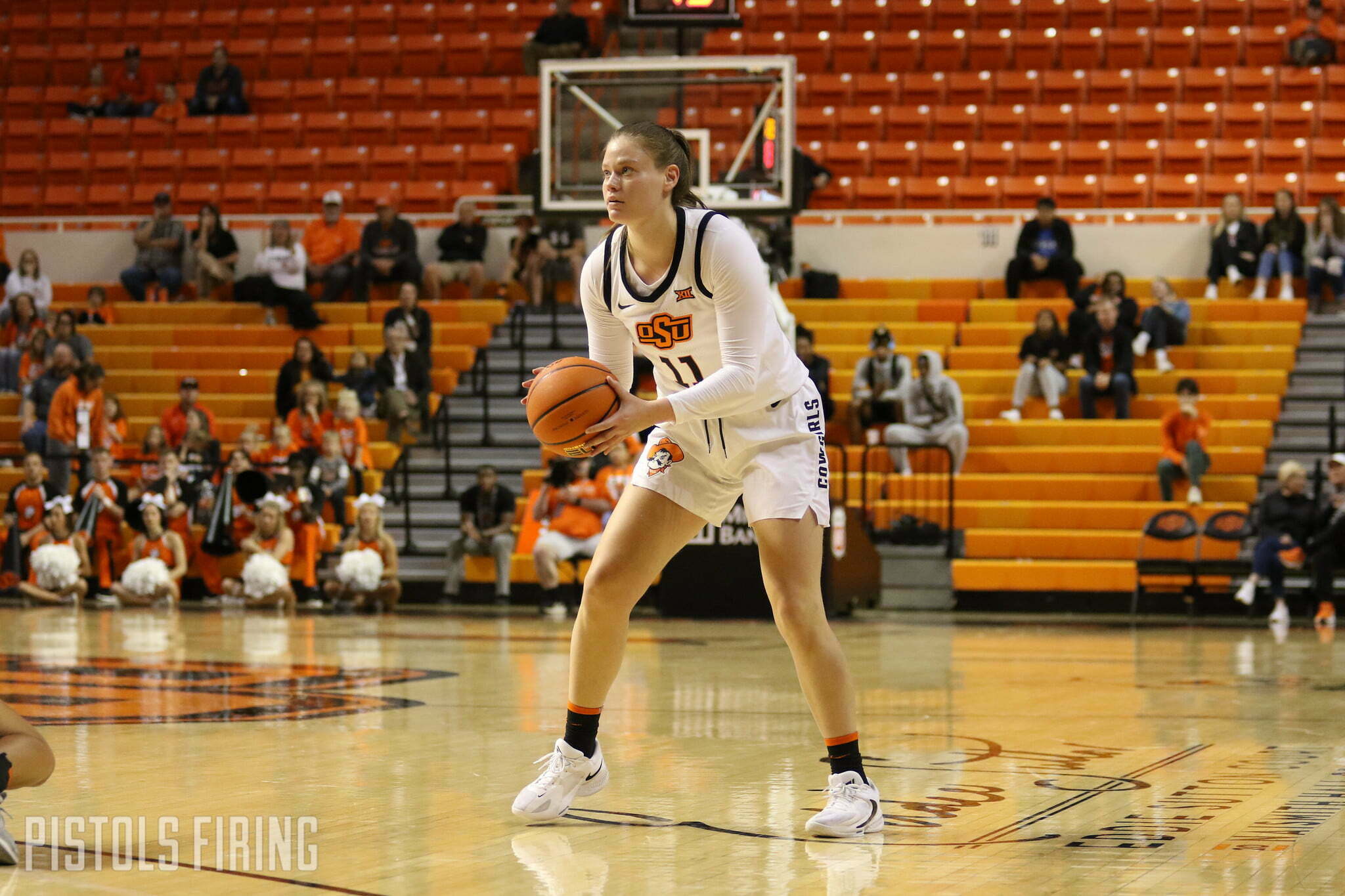 STILLWATER — Lior Garzon was a good 3-point shooter in her time at Villanova, but she has been torching for the Cowgirls.

Oklahoma State will play its first Bedlam game of the Jacie Hoyt era at 6 p.m. Saturday in Norman. Hoyt has the Cowgirls at 13-5 after having to essentially rebuild the roster this offseason, and one of those pieces she has done that with is Garzon.

Thus far this season, Garzon is shooting a ridiculous 47% from 3-point range, hitting 45 of her 96 attempts. Garzon leads the Big 12 in 3-point field-goal percentage by about six percentage points and her 45 makes ranks second in the conference.

Originally from Raanana, Israel, Garzon spent her first two seasons of college basketball at Villanova. With the Wildcats, Garzon was named the Big East’s Co-Most Improved Player of the Year last season, averaging 13.1 points per game. She scored 19 points and hit five 3s as Villanova upset perennial power UConn last season. But all of last year, she shot only 31% from 3. So, where did this explosion come from? Work.

“She lives in the gym,” Hoyt said. “She loves the game. She loves work. I think she’s really kind of taken our team to a new places in the sense of understanding why she’s a good shooter. She doesn’t just wake up and make those shots. She works on them all the time. I think it’s been good for our culture to get other kids in the gym.”

Garzon went 1-for-5 from 3 in the Cowgirls’ loss to Iowa State on Wednesday, and Thursday, she was in the practice gym well before the start of practice running through shooting drills.

She has hit at least three 3s in nine games this season, hitting a season-best six against LMU on Dec. 6. Coming off Hoyt’s bench, Garzon has scored at least 15 points on seven occasions, scoring in the 20s three times. Averaging 11.6 points per game, she is one of three Cowgirls who averages double figures alongside Naomi Alnatas (13.8) and Claire Chastain (11.9).

If Garzon can keep up this scorching pace, her season would finish in the Top 5 in program history in 3-point percentage. It’d be the highest percentage since Tisha Skibbe shot 50% during the 2001-02 season. But what’s more impressive is that Garzon is on pace to finish the regular season with 75 made 3s, which would rank third in program history, and the two above her (Ja’Mee Asberry and Andrea Riley with 78 a piece) didn’t shoot at nearly as high a clip as Garzon has.