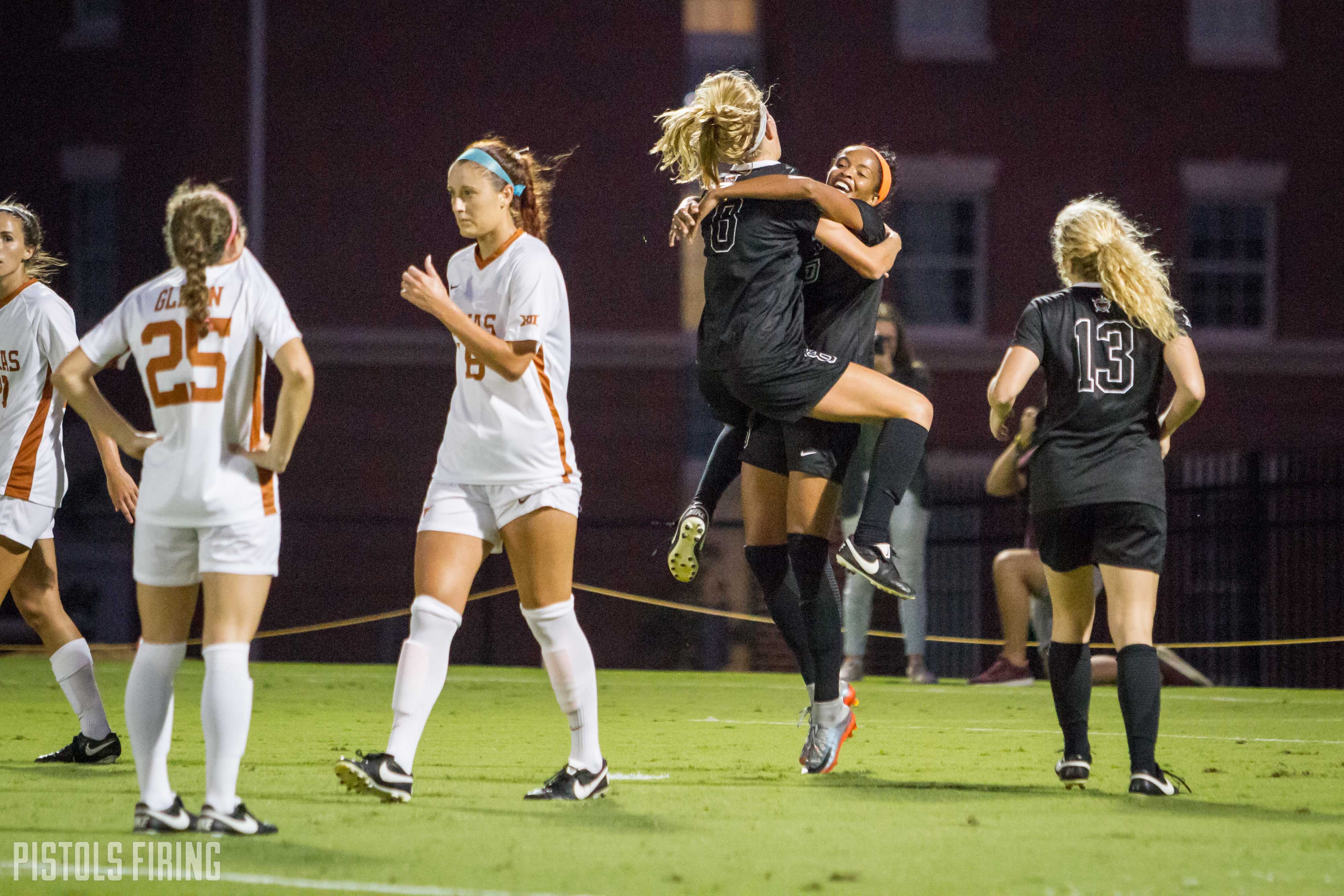 STILLWATER — Neither Oklahoma State nor Texas has lost since Aug. 31, and despite playing each other Friday night, that didn’t change.

The Cowgirls tied the Longhorns 1-1 at Neal Patterson Stadium after overtime. The game was intense throughout, as Texas entered ranked eighth in the country and OSU was No. 13.

OSU netted a would-be game-winner in the final minute of regulation when Ally Jackson cleaned up Texas’ goalkeeper Nicole Curry’s spill, but the goal was waived off and a foul was called on Jackson in the box. The referee’s call was met with a chorus of boos from the stands.

“I think their own player hit the keeper,” OSU forward Haley Woodard said. “That was just really unfortunate for us. I felt like we should’ve had that, and it shoulda been 2-1.”

OSU stuck first in the 23rd minute. A ball was swung into the box as Woodard jumped with a UT defender. The ball changed directions and popped over Curry’s head and into the back of the net. The Cowgirls (10-1-1 overall, 1-0-1 Big 12) celebrated, but the linesman had his offside flag up. The head referee ran over, spoke with the linesman and the goal was given as an own goal off the defender.

“It was kind of on our scout and on our film to test the keeper,” Woodard said. “We weren’t sure how good she was coming off the line. I think that’s just what we tried to do. We did it throughout the game, just trying to pump balls on top and get people in.”

It wasn’t until the 77th minute when the Longhorns (9-0-2, 1-0-1) were able to equalize. Texas’ Cyera Hintzen tapped a ball over OSU goalkeeper Dani Greenlee from outside the box. Hintzen caught Greenlee in a moment of indecision, as Greenlee was between going after the ball and going back to her goal.

The Cowgirls also lost some key players early in Friday’s game with injuries. Starting midfielders Julia Lenhardt and Jaci Jones both got subbed out in the first half and didn’t return. Jones got hit in the face with a ball early on. She tried to continue but eventually had to get subbed off.

“We had to reshuffle everything,” OSU coach Colin Carmichael said. “The kids who went in did great. … It was going to be hard with those two kids. Without them it was just a little bit tougher.”

Carmichael said he probably wouldn’t have updates on the injuries until Saturday.

Four Cowgirls played the entirety of regulation and overtime, including freshman midfielder Grace Yochum, who had to play more of a defensive role from what she was used to after Lenhardt’s injury.

“I thought (Yochum) was great tonight,” Carmichael said. “She won headers. She won tackles, 50/50s, some of her passing was great. She was dangerous going forward. She’s a total player. She’s a total package.”

The Cowgirls will have less than 48 hours to catch their breath, as they travel to Norman to play Oklahoma on Sunday.

“It was a pretty even game,” Carmichael said. “It probably feels like a loss because we had the goal called back, so that leaves a little sour taste in my mouth, but it was a tight game. Coulda gone either way”