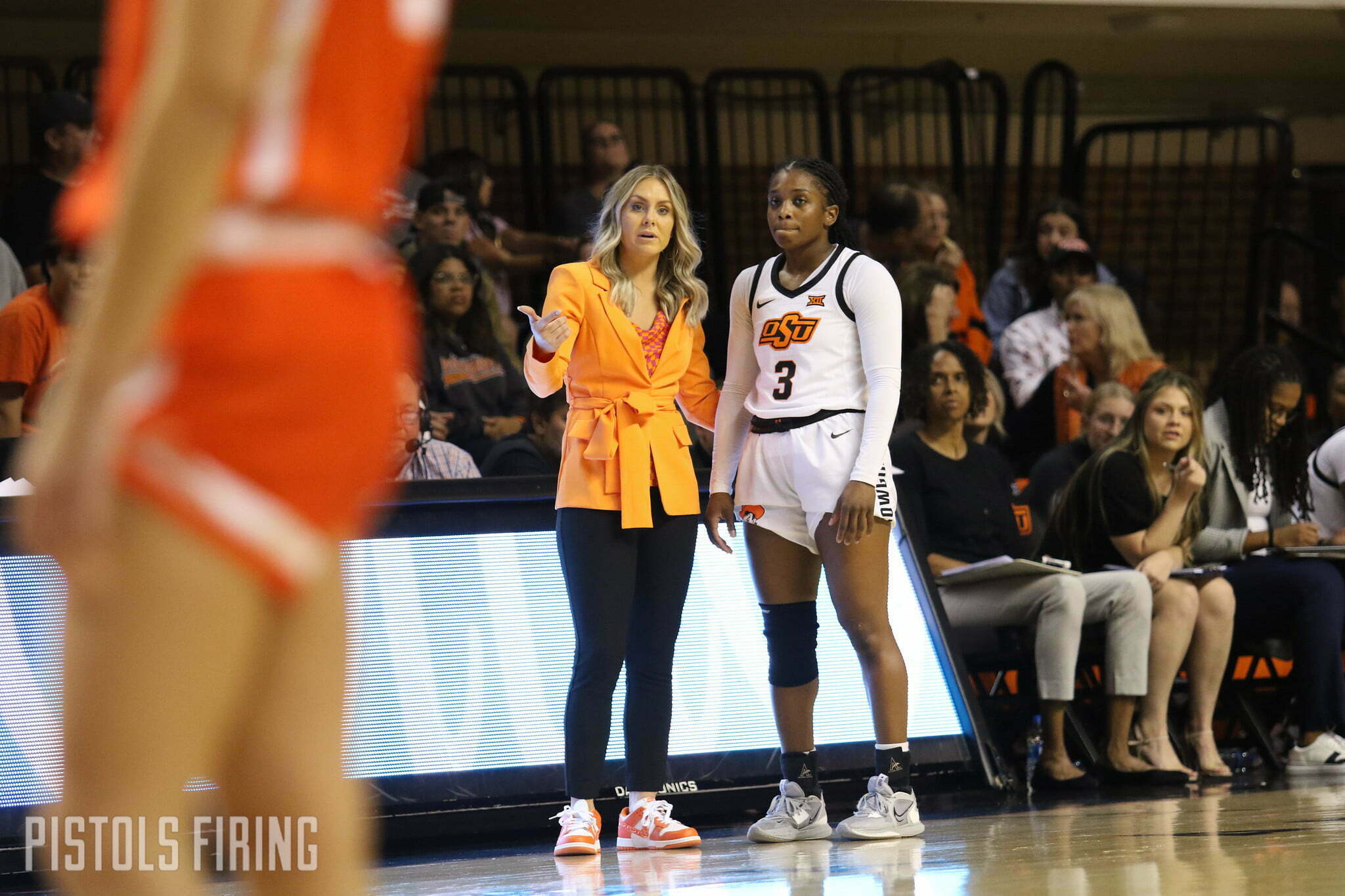 After starting her Big 12 tenure 0-2, Jacie Hoyt is back to .500 after a pair of wins against teams from the Lone Star State.

Alnatas is leading the team in scoring this season with 13.5 points a game while shooting 43% from the field.

The Cowgirls got a team-high 18 points from Lior Garzon off the bench. She was 3-for-5 from 3-point range. In her first season at OSU, Garzon is averaging 11.6 points a game while shooting a ridiculous 48% from 3. The Cowgirls also outrebounded the Bears 41-33, getting nine rebounds apiece from Claire Chastain and Taylen Collins.

OSU beat Texas 86-82 on Saturday off a 20-point, eight-assist performance from Alnatas. Garzon added 17 points off the bench.