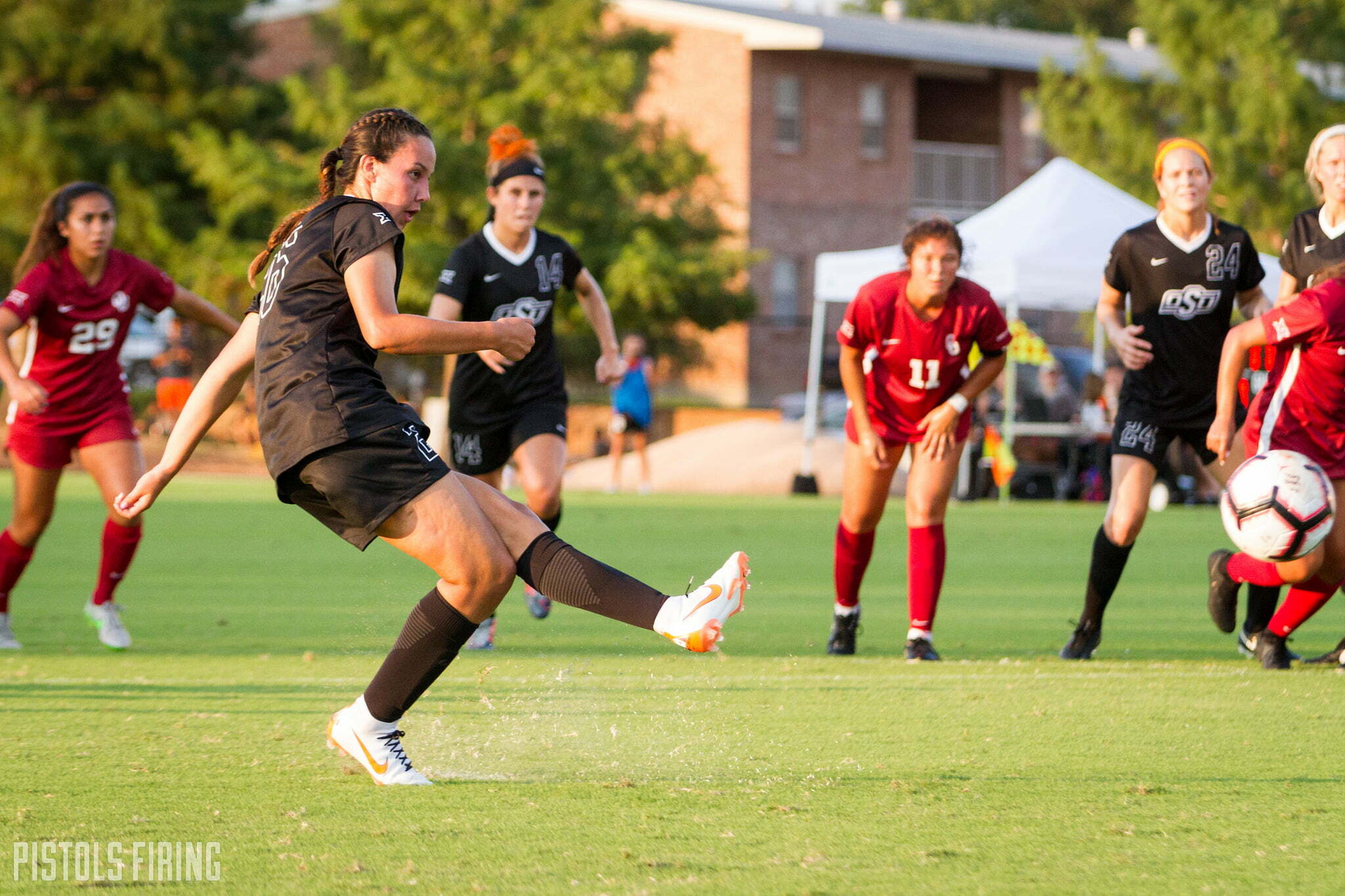 In the 15th minute of Oklahoma State’s 2-1 victory against Oklahoma on Sunday, Kim Rodriguez slotted a penalty past McKinley’s outstretched arms and into the top left corner of the goal. The goal was the first in the newly opened Neal Patterson Stadium.

“We just brought them in and said, we’ve got to try and feed off the adrenaline,” OSU coach Colin Carmichael said. “A couple of our kids were crying at the (stadium) dedication. It was pretty emotional, but you have to focus on the game.”

Carmichael had options to take the penalty kick, with 2017 All-American Haley Woodard on the field, but he said his decision to go with Rodriguez paid off.

“We were practicing (penalty kicks) the last couple days just to see who we might want, and Kimmy, she’s rock solid,” OSU coach Colin Carmichael said. “Yes, Julian (Lenhardt), Jaci (Jones), Haley, anyone can take them, but in training Kim was the most consistent, so we went with Kim.”

There were 4,122 people in the new stadium to celebrate the game’s opening goal. The attendance number nearly doubled the program’s previous record of 2,660, which was set in an Elite Eight game in 2010.

Before the game, Larry Reece, Burns Hargis and Mike Holder spoke at a podium for the stadiums opening along with Neal Patterson’s son, Clay Patterson, and Patterson’s friend and business partner Cliff Illig.

Patterson, the stadium’s namesake, donated $10 million of the $20 million it took to make the stadium. Neal was there for the groundbreaking but died in July last year.

“I read a lot of wonderful articles, blog posts and tweets about this new stadium, and I understand that many of you might be thinking, ‘It’s a shame Neal cannot be with us,’” Illig said. “I want to tell you that he did see it. The gift for vision that I described earlier was clearly at work in the planning, design and construction of this beautiful stadium, and Neal saw it long before anybody else did.”

The Cowgirls tacked on their second goal in the 29th minute. After a scramble in the box, Icelandic freshman Elena Brynjarsdóttir tapped the ball past a prone McKinley on the goal line. The goal proved to be game-winning, after the Sooners scored 88th.

“It was just a special, special night. It’s a night I’ll never forget.”