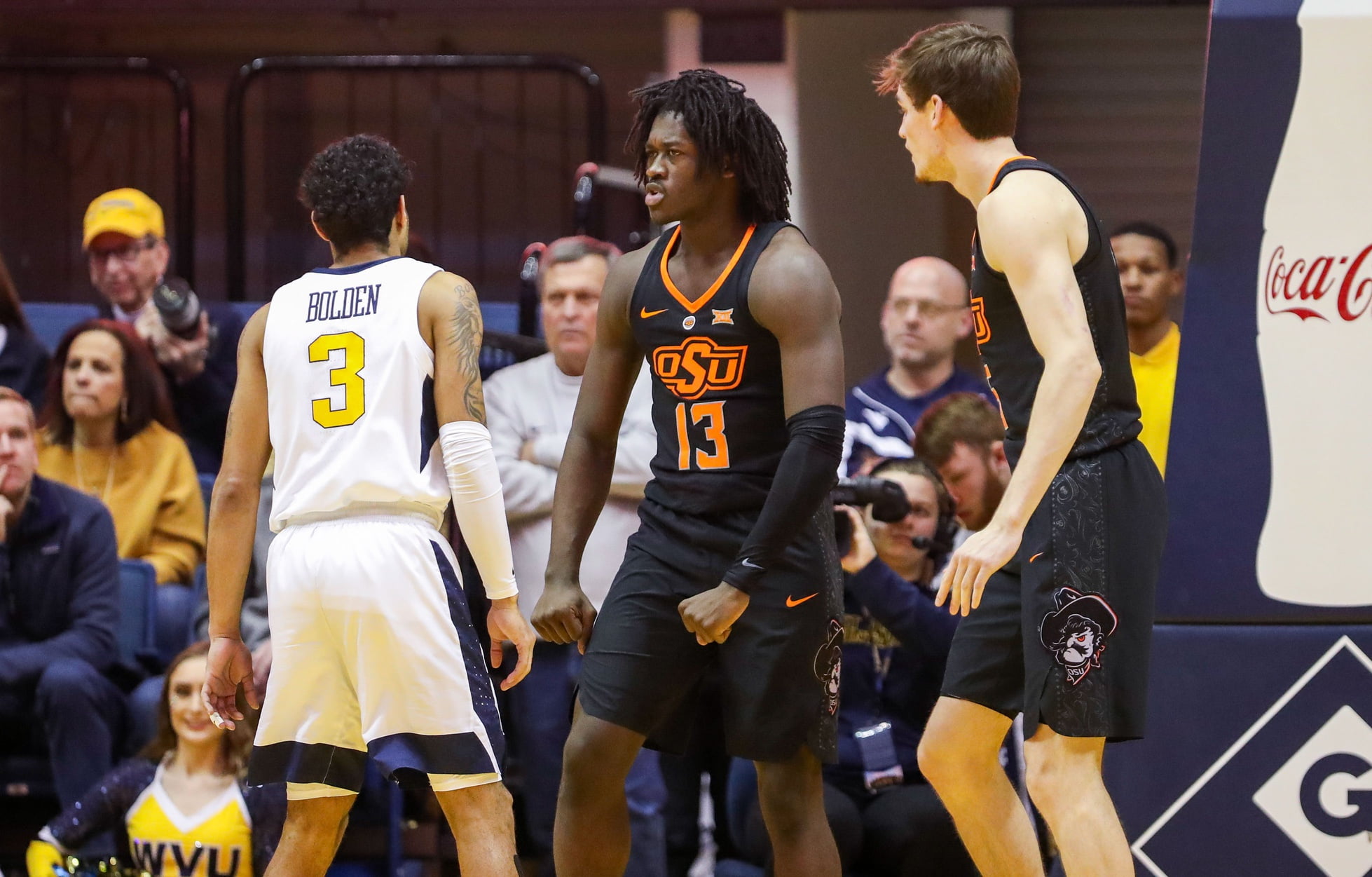 Before we close the book on OSU’s 2018-19 basketball campaign, I wanted to remember some of the good times.

It’s hard not to call Oklahoma State’s latest basketball season a disappointment. The Cowboys, once again, did not make the NCAA Tournament and actually ended with a worse record than in Year 1 of Mike Boynton’s tenure.

But hope is on the horizon in the way of a top 25 recruiting class and some returning talent, and there is palpable buzz surrounding the program next fall.

So as we bid fair well to hopefully Boynton’s down year, let’s relive some of my favorite moments from this past season.

Through the early goings of his freshman season, Isaac Likekele had shown some nice things. He was learning the job of starting D-I point guard on the fly and there had understandably been some growing pains. But on OSU’s road trip to Morgantown, everything came together.

Likekele exploded for 23 points on 10 shots and also turned in career bests in rebounds (nine), assists (nine) and turnovers (zero). He not only earned the win — and taught us that he could dunk (see below) — he showed that he could should the burden of and lead an offense.

OSU’s big man ended his freshman season on a tear and provided plenty of hope for the future. Anei was already on an historic pace in terms of blocked shots before he swatted 25 (!) over his last four games.

That nearly culminated in a win in Kansas City last Wednesday when he almost willed the Cowboys to 21-point comeback win. Lindy Waters provided plenty of offense during that spurned comeback attempt, but OSU needed every bit of Yor’s 17 points (on nine shots) and his seven blocks to take that late lead that wouldn’t stick.

Yor simply took over the game with his impact on both sides of the court.

As Berry Tramel of The Oklahoman pointed out, of TCU’s six 2-point attempts in the last seven and a half minutes, five were denied by Anei. Every square inch of hardwood inside the arc was designated a no-fly zone.

It appears OSU has found its big man of the future and someone who can be the linchpin of a good Big 12 team.

This is another one that unfortunately ended with an L, but not for lack of trying by the owner of OSU’s wettest jumper.

With OSU down 6 with a minute left, Lindy Chitwood — I will continue to beat that nickname to death until it eventually catches on or I am ridden out of town on it — looked across the huddle and said “I’ll make it” to Boynton, and he did. Again and again.

Waters’ 12 points in less than a minute to put OSU into overtime was an all-time performance, minus the payoff.

And he wasn’t done when regulation ended.

Lindy turned in a career-high 26 points with a personal best 7-of-10 mark from 3. We’ve seen him make some big-time shots during his time in Stillwater, but I don’t know if any stretch tops the time he lit up Lubbock.