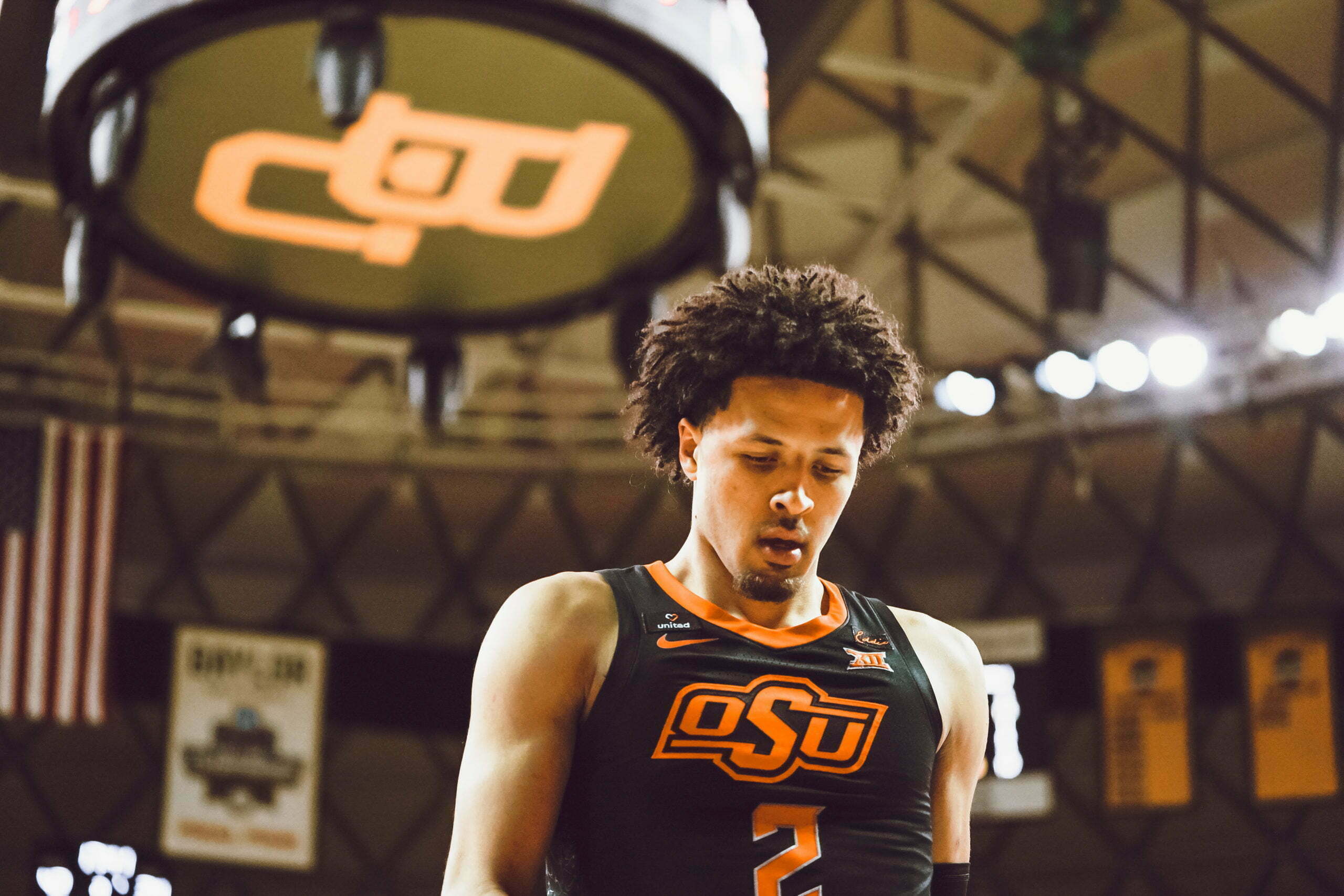 Jeff Goodman first reported the news Friday morning, and PFB was able to confirm it. Cunningham is still being evaluated ahead of Oklahoma State’s game against West Virginia on Saturday. Goodman reported Cunningham as “questionable” for that game.

The injury occurred in the final minute of OSU’s 81-70 loss to Baylor on Thursday night. Cunningham stepped on Davion Mitchell’s foot and rolled his left ankle.

Cunningham was assisted when walking to the bench, but he was able to walk off the floor after the game by himself.

There isn’t a ton of time for Cunningham to be evaluated, as the Cowboys flew from Waco to Morgantown on Friday for a game against West Virginia at 1 p.m. Saturday.