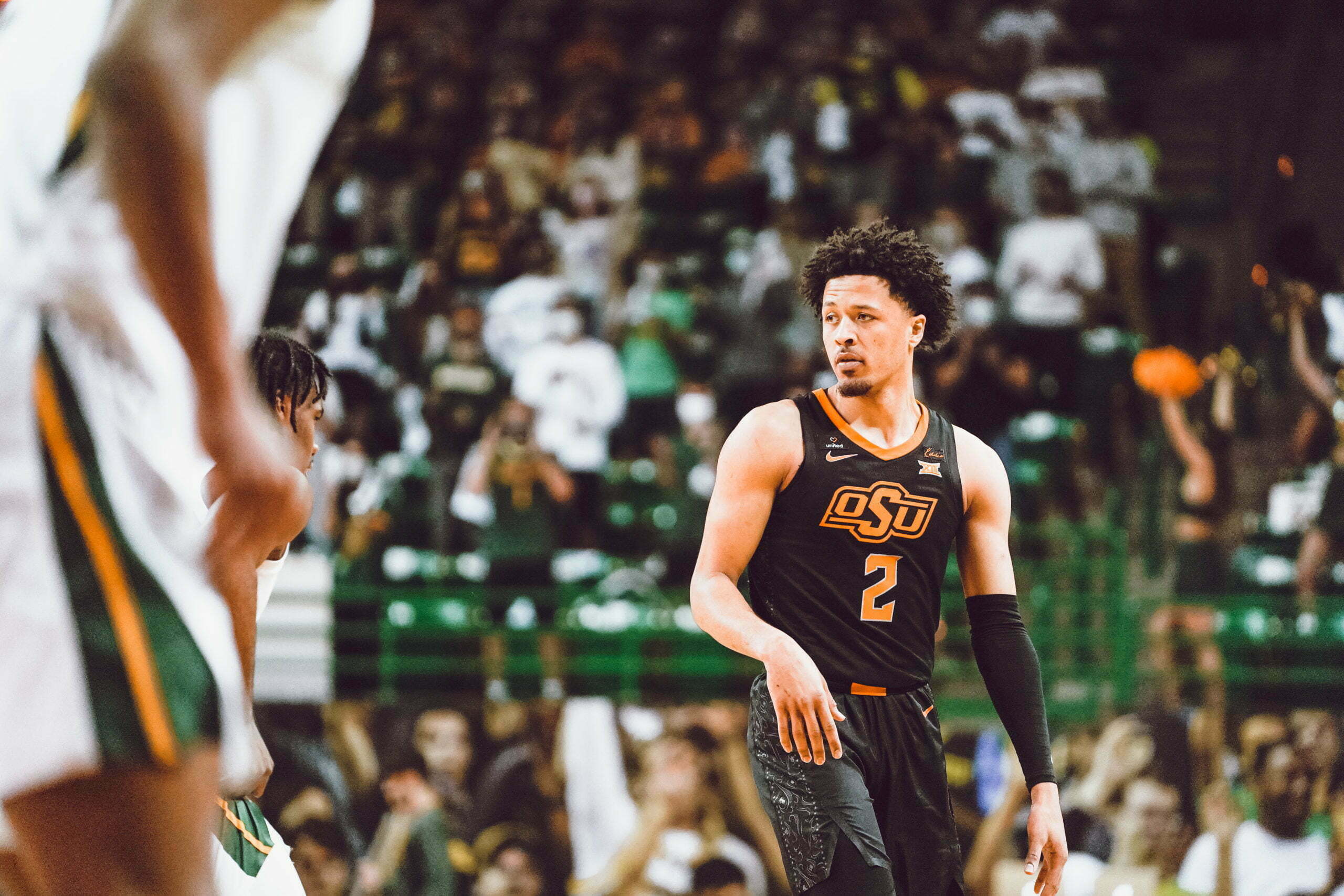 All of Stillwater collectively gasped as Cowboy star Cade Cunningham fell to the court and clutched his left ankle late in the Pokes’ loss to Baylor.

Baylor won the game 81-70, but the big concern among Oklahoma State fans was the status Cunningham.

With 42 seconds to play, Cunningham stepped on Baylor guard Davion Mitchell’s foot and rolled his left ankle. Cunningham clutched the ankle on the court and had to get help walking off the floor.

After grabbing at his ankle on the bench for much of the remainder of the game, Cunningham walked off the floor after the final buzzer on his own power with a slight limp.

“It happened right in front of me there,” OSU coach Mike Boynton said in his postgame Zoom. “I didn’t see any anything unusual other than he stepped on a guy’s foot and rolled it. He’ll get an evaluation, and as soon as we know more obviously pass it to you all.”

Boynton added that it didn’t seem serious before noting he wasn’t a doctor.

Cunningham finished the loss with a game-high 24 points. He also had a game-high seven rebounds.

There won’t be too much time for Cunningham to test out his ankle before the Cowboys’ next game. The Pokes are staying in Waco on Thursday night before flying to Morgantown on Friday morning for a game against West Virginia on Saturday.