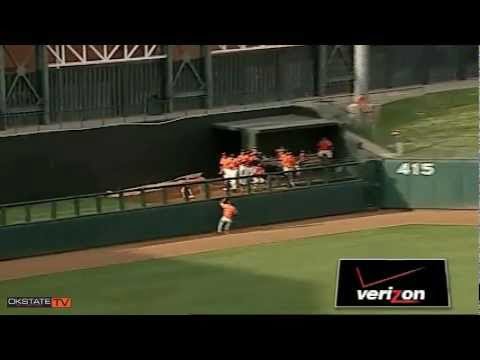 Good job by Gina here on how Cooper got to Cleveland. This is exactly what a beat writer should be doing and she nails it. (NewsOK)

Justin Gilbert not in Mel Kiper’s top five junior cornerbacks? Oh, you must not have seen this or this, Mel. (ESPN Insider)

If you don’t know Frank Anderson, batting a pitcher because you’re pissed at your hitters is the most Frank Anderson thing ever. (NewsOK)

Browns GM expects Weeds to be “the guy.” (Plain Dealer)

Kendall Rogers has OSU in the Florida regional with half the teams in Florida. h/t Anthony Slater (Perfect Game)

Gundy talking about Twitter also cracks me up, and he takes a nice little (subtle) shot at A&M when talking about Lunt. (Tulsa World)

Mike Holmgren says they were trying to draft Kendall Wright at #22 and Weeden at #37 but just took Weeden at #22 because Wright was gone. Weeden should at least purchase a few Jake Locker jerseys with his signing bonus to thank the Titans, no? (Plain Dealer)

Andy Roddick’s brother gets coach of the year in the Big 12. (Big 12 Sports)

Bud Shaw thinks it’s kind of dumb that Weeden hasn’t been named the starter. So much QB controversy! (Plain Dealer)

This is really really good. (Grantland)