This might be the best line you read about Bedlam all year (not to get ahead of ourselves or anything): “The Oklahoma State crowd will want blood, and the Pokes are finally good enough to deliver it.” (ESPN Insider)

Berry Tramel with a compelling case for the A&M win being the biggest in OSU history. (NewsOK)

Ubben shows OSU some love in his weekend rewind. (ESPN)

Bryan Fischer says OSU didn’t panic at all after getting outclassed in the first half. (CBS Sports)

Dez wagered with Stephen McGee over who would win the OSU A&M game. (The Landry Hat)

Wait, you’re telling me Tulsa and A&M is a tougher two-game stretch than Texas and Missouri? (ESPN Insider)

Wait, so was Blackmon trying to dive or was he trying to celebrate? (NewsOK)

Phenomenal graph that shows where in the country Oklahoma State is underrated and where they’re overrated. (CBS Sports)

TERRIFIC photo by Adam Kemp on the front of the O’Colly yesterday. (O’Colly)

OSU has had a Big 12 player of the week three of the four weeks of the season. Something tells me that’s going to be three of five after this weekend. (Big 12 Sports)

Here are all the awards Cowboys football players won this week. I can’t keep up. (NewsOK)

Blackmon gets ripped in New York for his fumble into the endzone. (New York Post)

I mean, I love OSU, but having them #1 right now is insane. (Tulsa World)

Oklahoma State hangs on to the Rivals Cup. You guys be sure to give Nick a shout on Twitter and thank him for all his hard work. (Rivals Cup)

Mark Titus (otherwise known as @clubtrillion) with a solid read on what college football would look like if it was more like soccer. I fully support this. (Grantland)

Cowboy golf team sits in 2nd place with one round remaining at the Golfweek Conference Challenge. (okstate.com)

Great quote from Burns in a fascinating Q&A with Anthony Slater: “We had a lot of success back in the 40s, and believe it or not I wasn’t here then.” (O’Colly)

So OSU slides into the top 5 and now can’t get a game on TV? This response from one fan is classic… 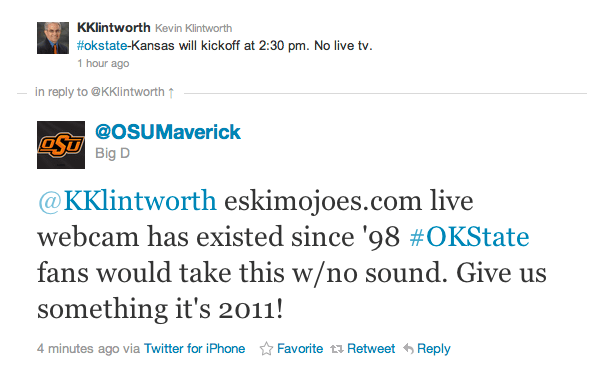 Big thanks to one of our lovely female readers (@rhinds57) for sending me this pic today. That’s Dez in the middle, in case you were wondering… 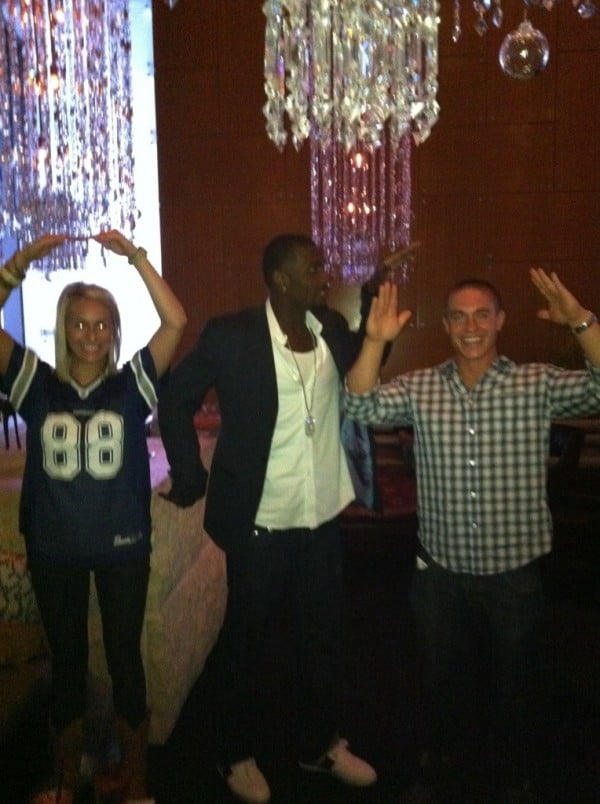 Is this what you want from your All-American wideout? (h/t @a_wall15) 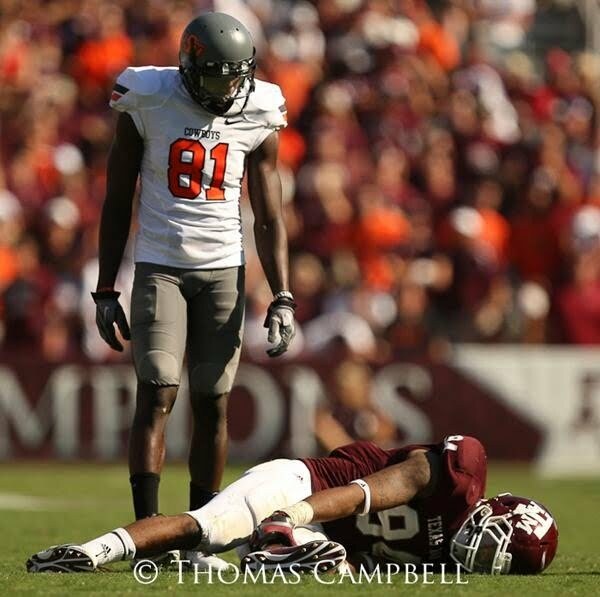