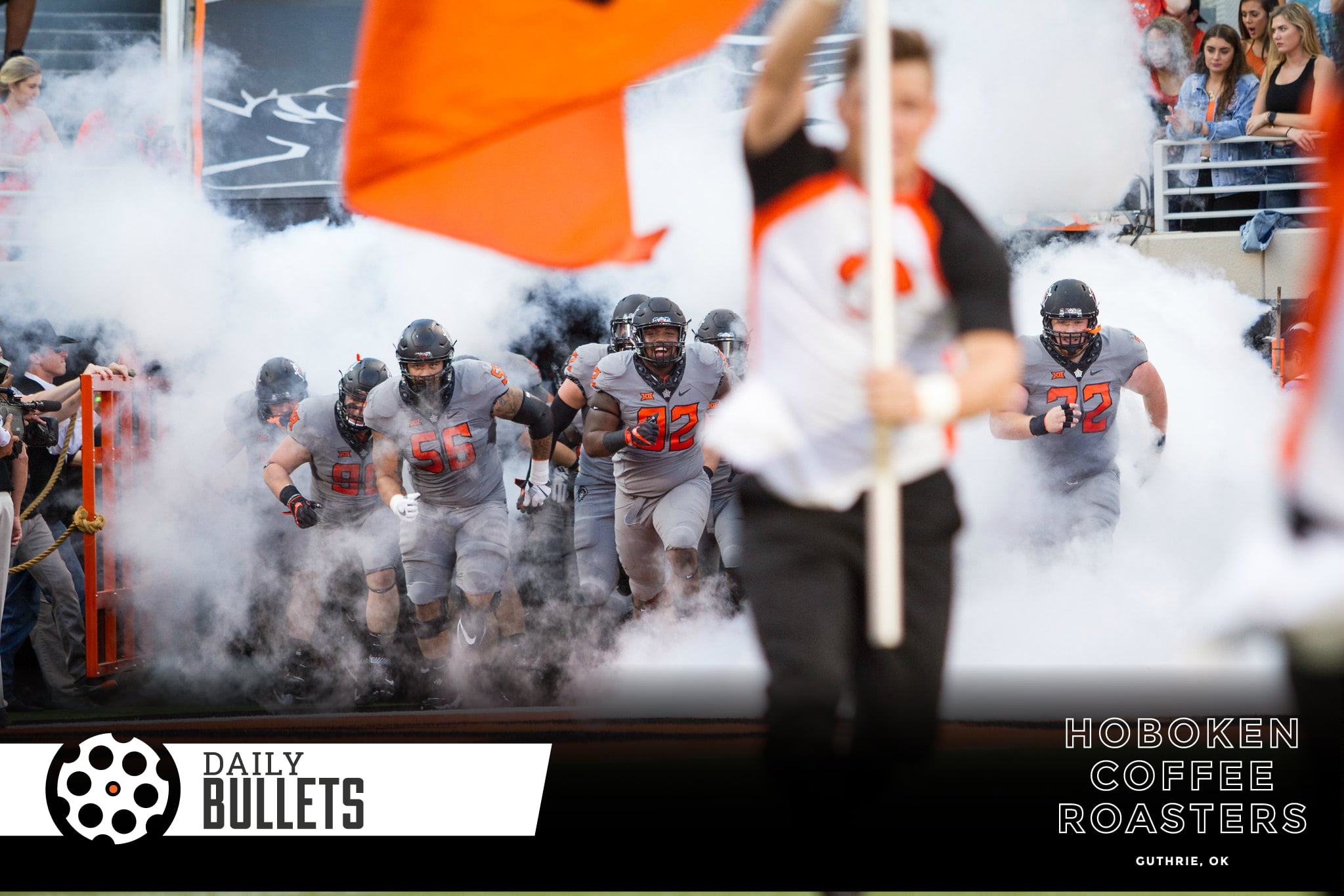 If you’re looking to spend your tax return money (and you’ve paid off your season tickets), might I suggest a look around the PFB store?

• Les Miles had something interesting to say about how Kansas comparess to his other jobs.

However, the former LSU and Oklahoma State coach wasn’t done there.

To reiterate: The former head coach of the Oklahoma State Cowboys and the LSU Tigers said on the record that this current group of Kansas Jayhawks “could be more alented” than the teams he coached in his debut seasons at OSU and LSU. [LJW]

I find it hard to believe that Kansas is more talented than the early 2000’s OSU teams and LSU. Coaching talent on the other hand…

• Could a quarterback decision be coming sooner than later in Stillwater?

After next Saturday’s open-to-the-public exercise at Boone Pickens Stadium, it would not surprise me if Gundy were to announce a quarterback decision. It would surprise me if Sanders isn’t the guy. [TulsaWorld]

It’s hard to imagine any benefit from a gamesmanship perspective but that didn’t slow down Gundy going into last summer. Letting “the guy” take over and lead into summer camp does seem like a good move if it’s a done deal though.

• OSU’s new recruiting closer is none other than Burns Hargis per recent commit Kyle Junior.

While accompanying his son, Kyle, on a recruiting trip to Oklahoma State, the family got to spend a few minutes with OSU president Burns Hargis.

“I think by the time Kyle got done talking to President Hargis, that’s when he really had made up his mind that he was going to Oklahoma State,” E.J. Junior said. [NewsOK]

• This piece looking at Mr. Rogers’ lingo with kids was great – the book it’s pulled from was good too.

• Regression could be killing your reading pace